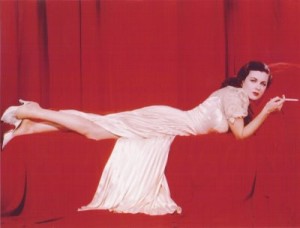 “With all of Constance’s juggling of dates over the years,
I started out as the youngest, then became her twin
and finally wound up as the oldest sister.”

It’s a Bennett sisters bonanza this weekend. My very own Sister of the Shellac Veronica is coming over tonight for baked salmon then I’ll be cooking up Constance’s Spanish Chicken tomorrow for Ava and Edmund. “Sisters, sisters, never were there such devoted sisters…” I am enjoying lots of sisterly stuff at the moment both from my real one (love the email system) and my surrogate ones. Lots of girl energy this week.

Isn’t this picture of Joan amazing? I shall be channelling her energy this evening as I am going on what feels like my first night out as a single woman for around 15 months. Weird. After the salmon, Veronica and I are going OUT. Yes, OUT. I’ve forgotten how to do it…

Regarding the salmon, it’s a bit of an experiment. Joan’s recipe includes bacon and as Veronica is a veggie I am replacing that with tempeh. Could be good, could be a disaster, we shall see. 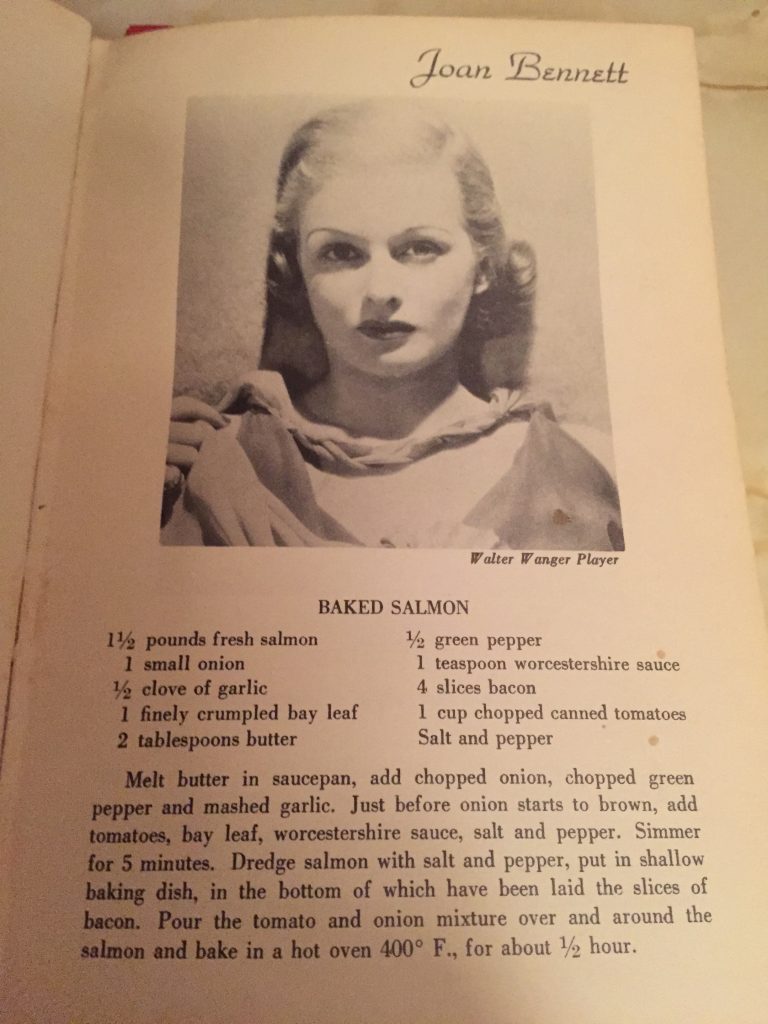