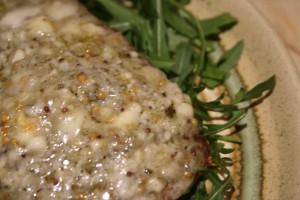 A mustard mystery of Miss Marple magnitude in Melton Mobray this weekend!  Oh my goodness the intrigue!  Trix, Jane and myself made a pilgrimage to the Great British Mustard Bash: 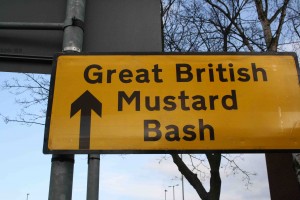 a six hour round trip to see if my Colonel Mustard’s Mustard’s Chocolate Beer Mustard had pleased the judges – if only for its beautiful bespoke labels designed for me by the genius Nathan Church: 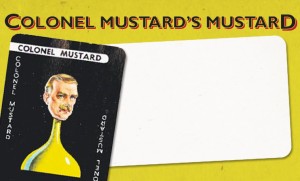 the event was held at the beautiful Scalford Hall 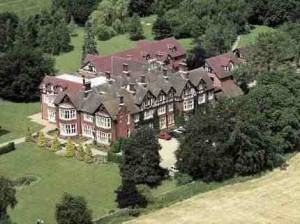 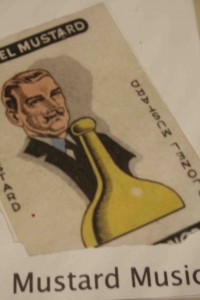 So imagine our disappointment when, upon finding the table of competition entries, my jar of Colonel Mustard’s Chocolate Beer Mustard was NOWHERE TO BE SEEN!  I had posted it in plenty of time to the Jam Jar Shop (the organisers of the event) and it was perfectly packaged up in a big box with plenty of padding.

The table that displayed the competition entries wasn’t exactly heaving with jars.  This is the category mine should have been in (as this was the first mustard I had ever made) – the NOVICE category: 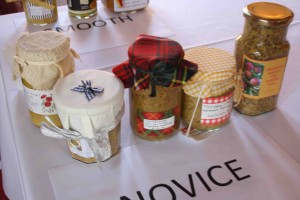 Only five entries!  And only a dozen other jars in the other three categories in total.  I smelt a rat.   After the joyous sight of hundreds of jars of home made jam at the Real Jam Festival a few months ago I just couldn’t believe that so few people had entered.

I spoke to a lady in a flourescent jacket, laying it on thick about how we’d come all the way from London to see The Colonel and we couldn’t understand where he might be.  After a flurry of discussion with another organiser she disappeared then came back and asked if she could speak to me outside in private. The plot thickens!

Turns out that the Jam Jar Shop pulled out of the event with only a week to go.  Rumour is that they have gone into liquidation.  The lovely venue offered me a bottle of champagne as an apology (which of course I accepted) and all of this leads me to think that the Colonel has been SEIZED by the bailiffs.  He’s been confiscated as an asset of the Jam Jar Shop.  Bummer.

Still.  We had a LOT fun despite the absence of the Colonel.  Jane and I sported our mustard coloured hats: 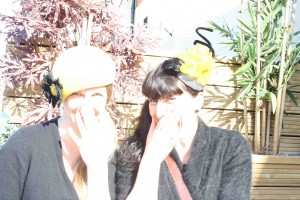 We enjoyed the lovely terrace of Scalford Hall: 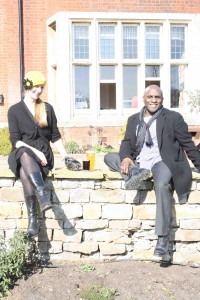 and bought lots of lovely things from all the fabulous food stalls.  If the man selling these sausages wasn’t so nice I would have thought he was in cahoots with the Jam Jar Shop and the mystery of the missing mustard had been solved… 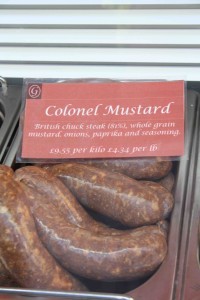 Luckily the jar I entered into the Great British Mustard Bash competition was not the only jar I made.  There were two full size jars, the other of which I gave to Nathan as a “thank you” for his label design and one half a jar which I kept for myself.  I’ve been working my way through it with cheese and crackers and pretty good it is too.  So tonight in a kind of salute to my lost mustard I used some in my Joan Crawford’s steak with Roquefort and mustard sauce. 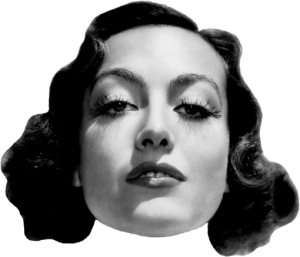 Colonel Mustard, I salute you.  And if they run this competition again next year, I shall hand deliver my condiment to the venue to make sure it gets there safe and sound.  Until then, here is our favourite song from Jane’s CD – Rosemary Clooney and Marlene Dietrich singing “Too Old To Cut the Mustard Any More”. Ha ha!