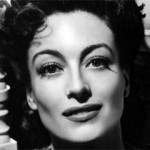 Today I am featuring my first ever guest post.  C. Aubrey’s review of his attempt at Joan’s Pork Chops made me laugh out loud so I thought I would feature it here in full.  Through consultation with Matthew Coniam over at www.movietone-news.com we have worked out that C. Aubrey must be the author of this most excellent blog http://achauncewouldbeafinething.blogspot.com/ so please pop over after enjoying his verdict on the recipe of the month:

Anyhow I had a bash at Joan’s Pork Chops and Apple Rings (add that to the list of sentences I never thought I’d type list) the other night and they were decidedly pleasant.

So I am pretty certain that no messing around with the wording of the recipe is needed and Mrs F has already suggested it gets incorporated in to our regular menu. (mind you I think that might just be so that eventually there are enough meals that I can cook that she doesn’t have to ever enter the kitchen again)

I used the Schwartz(?) shaky BBQ thingy as suggested and also cut down on butter but that wasn’t a bold flavour related decision it’s just because I don’t want our son to be an orphan.

Incidentally it was also the best looking dish of grub I’ve ever presented.

Anyway keep up the cracking work over there in SSS Towers.