Are you having an Oscars party? Here in the UK it starts around midnight but I know quite a few people who will be pulling an all-nighter to watch the antics.

I might get someone to record it for me, then I will walk around all day on Tuesday with my fingers in my ears and my blinkers on. Like a bloke who doesn’t want to hear the football results until he gets home to Match of the Day. I will then go home, put on some lounging pyjamas and see which of today’s stars have the same level of glamour as Joan, Bette, Greta, Marlene and all my other idols… 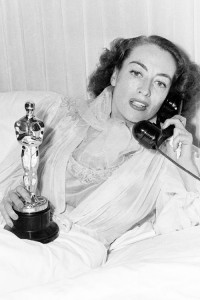 Joan only won a single Oscar – outrageous – for her performance in Mildred Pierce (still my favourite Joan movie). She was “ill” on the night of the awards ceremony but bucked up a bit when she heard she had won… 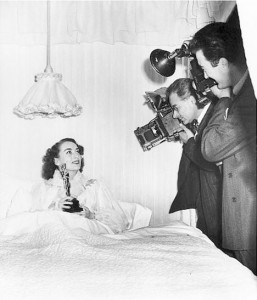 So if you are planning to watch the Oscars, why not make a meatloaf this weekend in advance?  As mentioned here before, I love meatloaf!  Jayne Mansfield’s meatloaf recipe is currently Recipe of the Month and her recipe is aces!

But Jayne never won an Oscar so maybe Joan’s meatloaf is more event appropriate.  Joan’s recipe for meatloaf is legendary! It appeared in her superb guide to living life JC style “My Way of Life”, in a book of film star favourites published by the Motion Picture Mothers organisation, and even in Vogue magazine.  I think Joan was very proud of her meatloaf recipe and rightly so.

Here’s one I made earlier! Mmmmm. 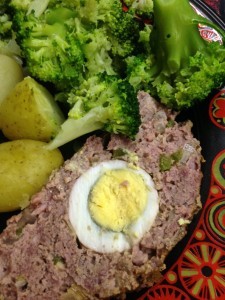 3 teaspoons A-1 Steak Sauce (divided use)

Sprinkle remaining Lawry’s Seasoned Salt, Worcestershire and Steak Sauce on top of loaf, as a crust.

Pour 1 cup water into the base of the roasting pan.

Like Joan? Want more of her favourite recipes? There are over 30 in my Cooking With Joan Crawford cookbook… 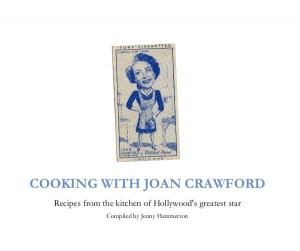 For UK based cooks, Lawry’s Seasoned Salt is a mixture of salt, sugar, paprika, turmeric, onion powder, garlic powder and cornstarch.  You can buy it online if you want to be true to Joan’s recipe – British Corner Shop – or rustle up your own – Top Secret Recipes.

Or – I reckon something like the Schwartz brand “season-all” spice blend would do the trick.

A1 sauce is quite a runny steak sauce. Again you can buy online for authentic Joanie flavour. You could use your favourite barbecue sauce instead, or, at a pinch, some watered down HP? Open to experimentation chums. Have fun!

oh, and if you are in London, you can see me on tele on Monday night talking about gramophones…  Inside Out, BBC1 from 7.30pm…