Who is Jocko Marx, I hear you ask.  Well, it’s a good question.  According to a 1933 movie star cookbook he’s one of the 4 Marx Brothers.  For a debunking of this myth, see a previous blog post… 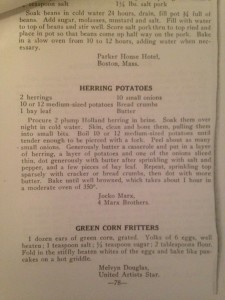 Whoever he was, his signature dish is PHENOMENAL.  At least, it is how I make it – ha ha!  This is my all time favourite spinster supper and if you like vinegar, and you like the umami hit that comes from things like anchovies and herring, and you like potatoes and onions.  THIS IS THE DINNER FOR YOU!  It’s not exactly how “Jocko” makes it, so comes with a disclaimer.  This is a recipe adapted from Jocko’s.

I’ve been reading a lot of blog posts about sourdough, as I’m revving up to make some, and I’ve realised that I really like it when recipes are broken down into a million steps with great detail.  So maybe you do too.  So here’s how I do my version of Jocko’s Herring Potatoes.  I do SO recommend it.

I butter my lovely casserole dish from Cha Cha Vintage, this is a dish that will hold about enough food for two portions (not very scientific I know, but find an ovenproof pot around your place that looks as though two portions of grub will fit in it).  It doesn’t need a lid. 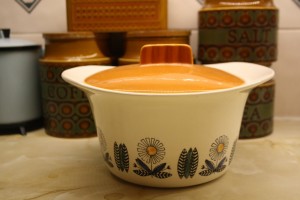 This time around I used a jar of herring I got from Waitrose.  Elsinore Herrings in Dill Marinade – 275g which is about standard for a jar of marinated herring here in the UK… 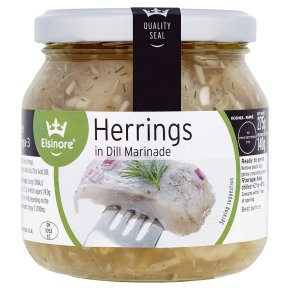 I scooped out about half of the herring from the jar, and lay it on the bottom of the casserole dish. 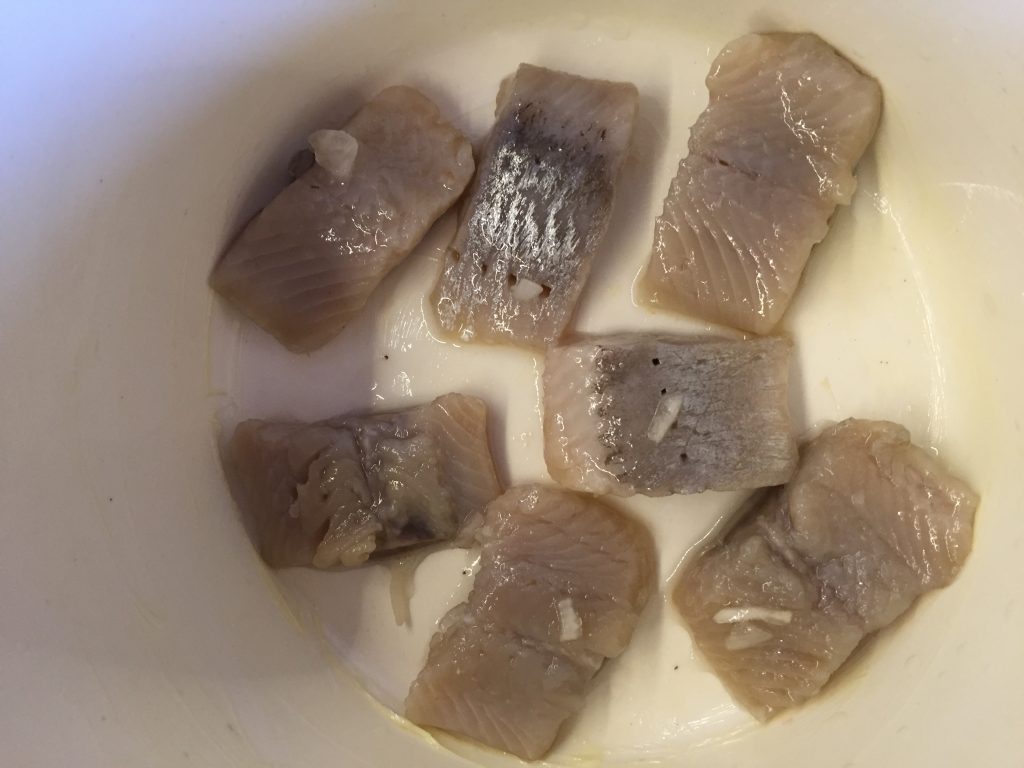 I boiled up one huge Cyprus potato, peeled and cut into several pieces, and about 6 or 7 baby potatoes that have been hanging around in my fridge for a while (didn’t peel these but I sliced them after cooking).  I also sliced up two medium sized red onions. 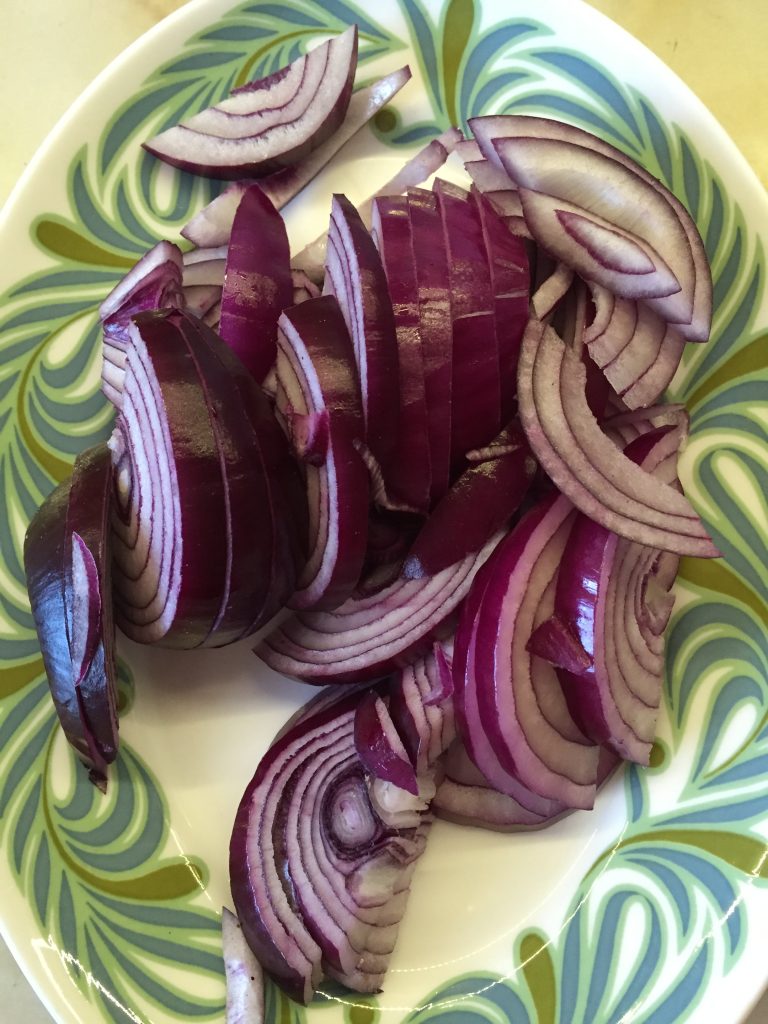 I layered 1/2 the potatoes on top of the herring and then put slices of about one onion on top on top of that, breaking up the rings a bit.  Salt and peppered it all (about one big pinch of Maldon sea salt crunched up a bit and lots of grinds of pepper) and put a couple of bay leaves in.  Then I spooned out the rest of the herring, put that on top, then the rest of the potatoes and then the onion.  I poured the marinade from the herring jar over everything.  There were quite a few finely chopped white onions in the marinade which I felt (correctly as it turned out), could only count towards the greater good of the dish. 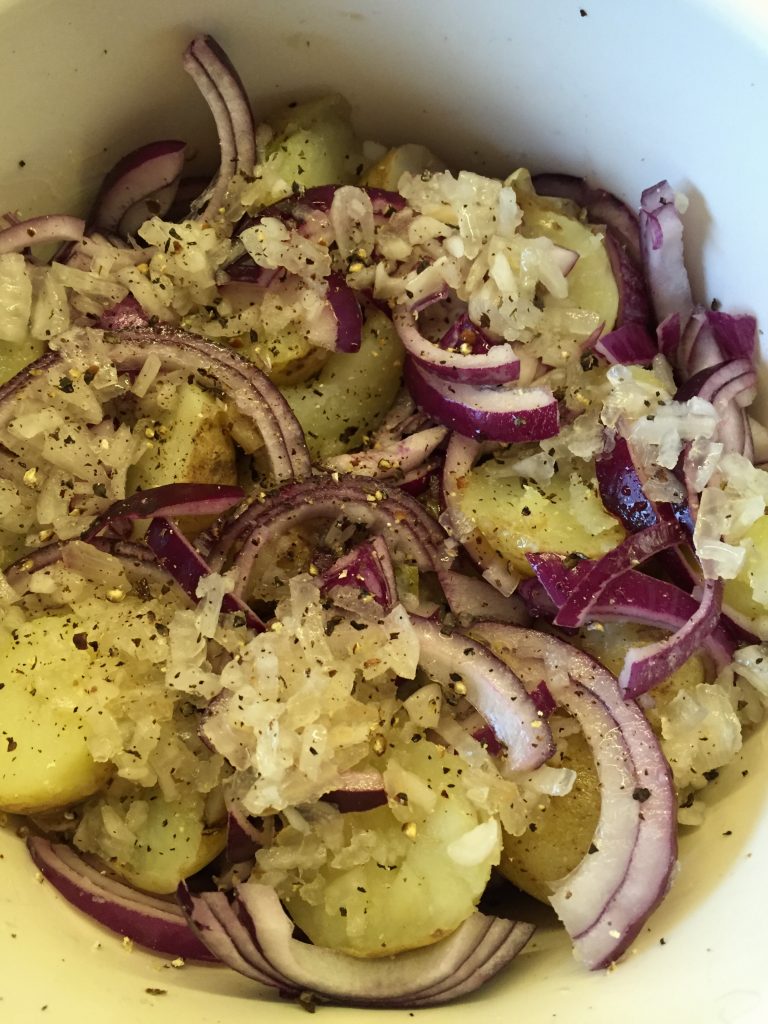 To finish, I sprinkled over some breadcrumbs made from sourdough that was past its best, and put some little bits of butter on top. 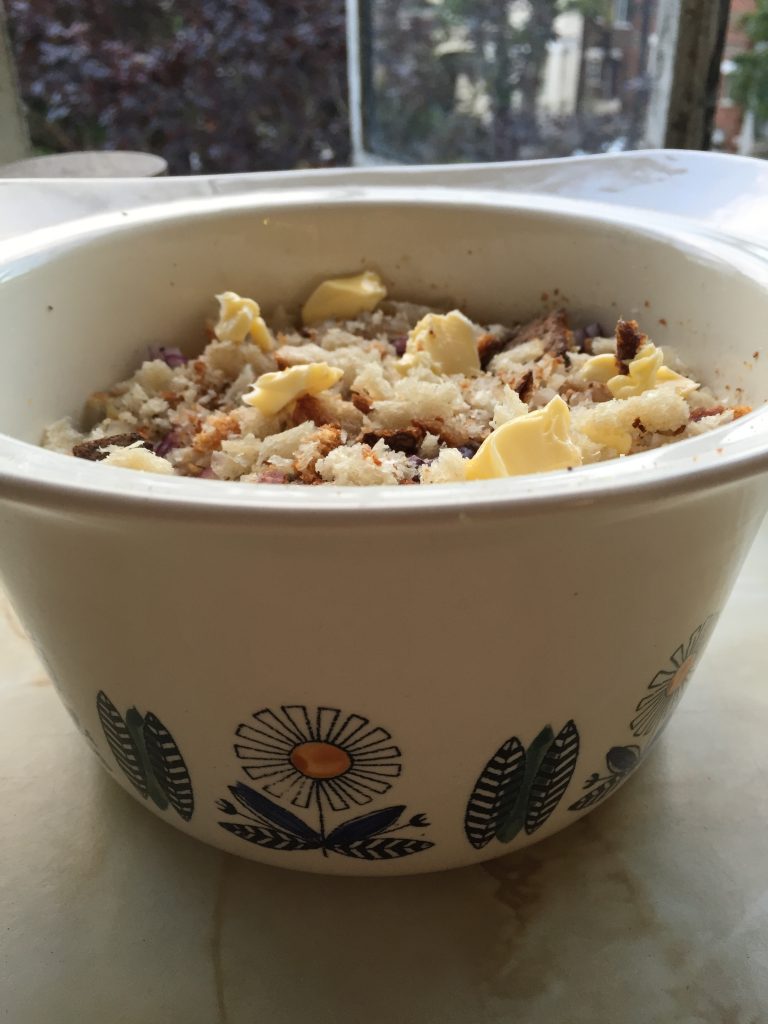 This was a TRIUMPH for using up stuff that would otherwise go to waste (the potatoes and the sourdough), making room in the fridge (the jar of herrings, which has been there for ages) and only having to add in other stuff that I have around the place all the time (onions and salt and pepper).  As Mr R remarked yesterday when I (a mere girl) worked out why the barbecue wasn’t heating up properly, I am only a LITTLE bit smug.

To my mind, this is the best Monday night spinster supper there is.  I am going to freeze the second portion and at some point in the winter, I will squeak with pleasure when I find it at the bottom of a tray in the frozen archives, and take it to work to cheer myself up at lunchtime. 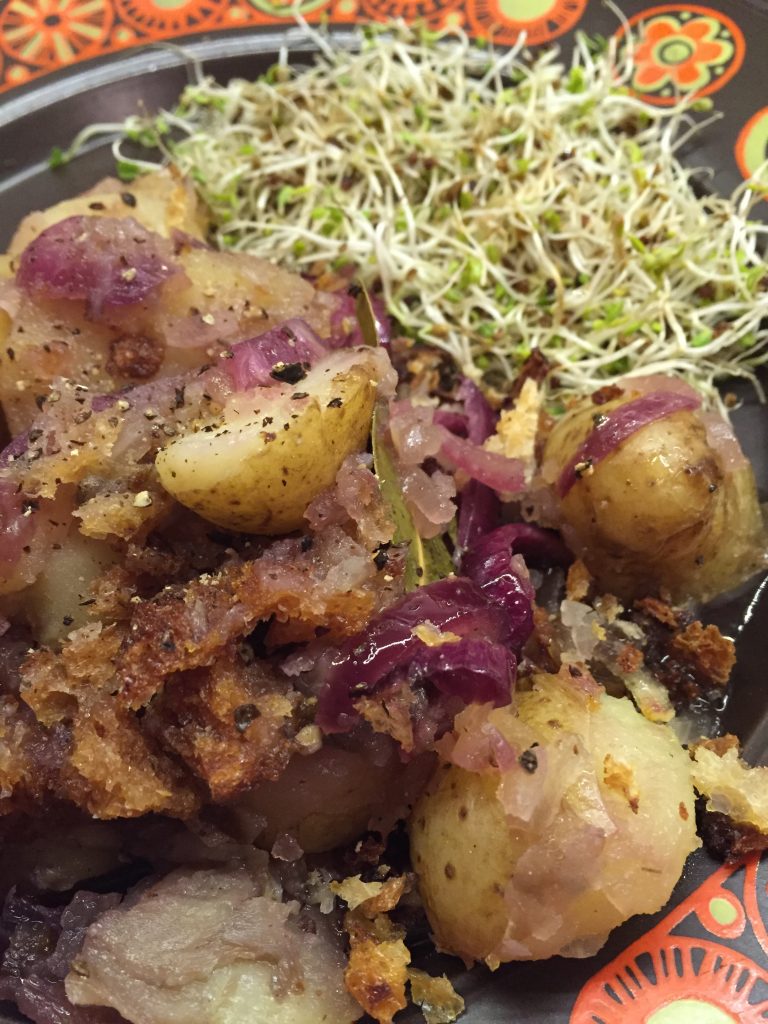 While this utterly delicious dinner was cooking, I decided it was time to Kondo something.  The tea, crackers, sugar and flour cupboard’s turn has come.  KERIST!  I dread to think how old those Honey Maid crackers are.  BRIAN brought those back for me from the USA several years ago.  Do they ever go off?  We can’t get them here, so I am loathe to chuck them out…

Look at the size of that box of PG Tips.  I don’t even drink tea!

…anyone need some JAM SUGAR?!  Am looking at you Battenberg Belle!