I’ve had to do a last minute recipe switch for the Columbo cookbook. I realised that I’d included a recipe for Hayley Mills, 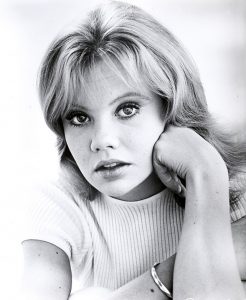 but it is, in fact, Juliet Mills who appears in the No Time to Die episode. 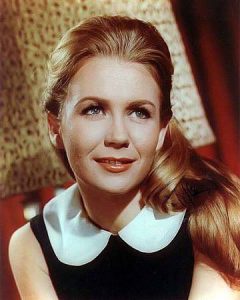 It’s a good thing I realised, not least because that would have been a big, big, error, but also because it means I don’t have to clear a space in my freezer in order to make a Hayley Mills Prune Bombe.  That has been on my cooking to-do list for a LONG TIME.  Now it can go on the cooking  might-make-someday-but-highly-unlikely list.  It’s quite a bizarre recipe. 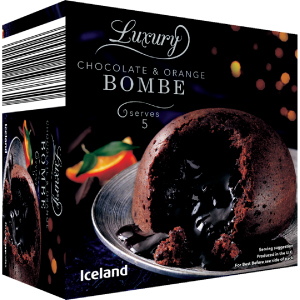 So it was my turn to host the book group last night, and I usually make a Vincent Price curry, but this time as the pressure was on Columbo-wise, I made Juliet’s Hoppin’ John.  We all loved it.  It was really tasty. 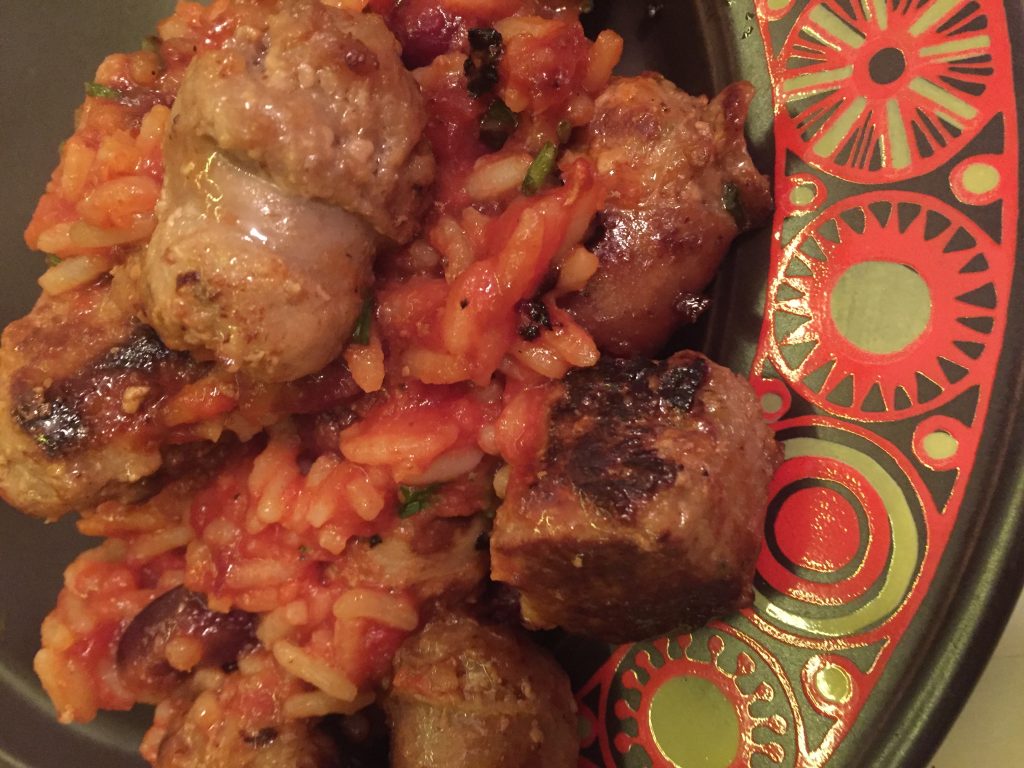 I am fiddling around with the recipe for the book, but if you would like it, just get in touch via the Contact page and I’ll send it over to you.  I don’t think it’s very “trad” from what I have read about Hoppin’ John, but it’s a very tasty version of the dish.  What I really love about it though, is that I’ve read that leftover Hoppin’ John is called Hoppin’ Jenny and as that’s my name it really tickled me later to be having some for my tea. 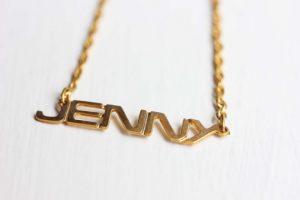 There’s a new book at Silver Screen Suppers Towers – Ed Smith’s On The Side – it’s genius. 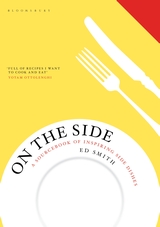 I have been aware for a while that almost every single photo of movie star fodder in my blog has a bit of steamed broccoli in it somewhere.  Ed’s book has loads of inspiration for more interesting side dishes.  Expect less broccoli. 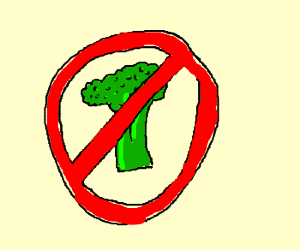 So, with the Hoppin’ John we had a buttermilk, dill and soy-seed wedge salad, from Ed’s book which was very lovely.  ICEBERG IS BACK IN FASHION.  Hurrah!  Iceberg always makes me think of a very glitzy salad I had once with Caroline Frick at a fancypants members club in Texas.  I’ll ask her if she remembers it.  Someone who shall remain nameless was paying, so I was like Columbo when he goes out to dinner with Hugh Creighton in Murder of a Rock Star – greedy basically! 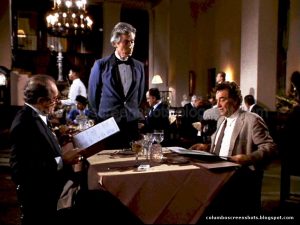 We’d been for a swim in the fancy pool and sat on the balcony of the super posh club restaurant and I had an iceberg wedge salad as a starter and thought it was just about the most delicious thing I had ever eaten.  I think blue cheese may have been involved…  Iceberg Wedge Salad, like many other genius American foodstuffs, is not a “thing” in the UK. 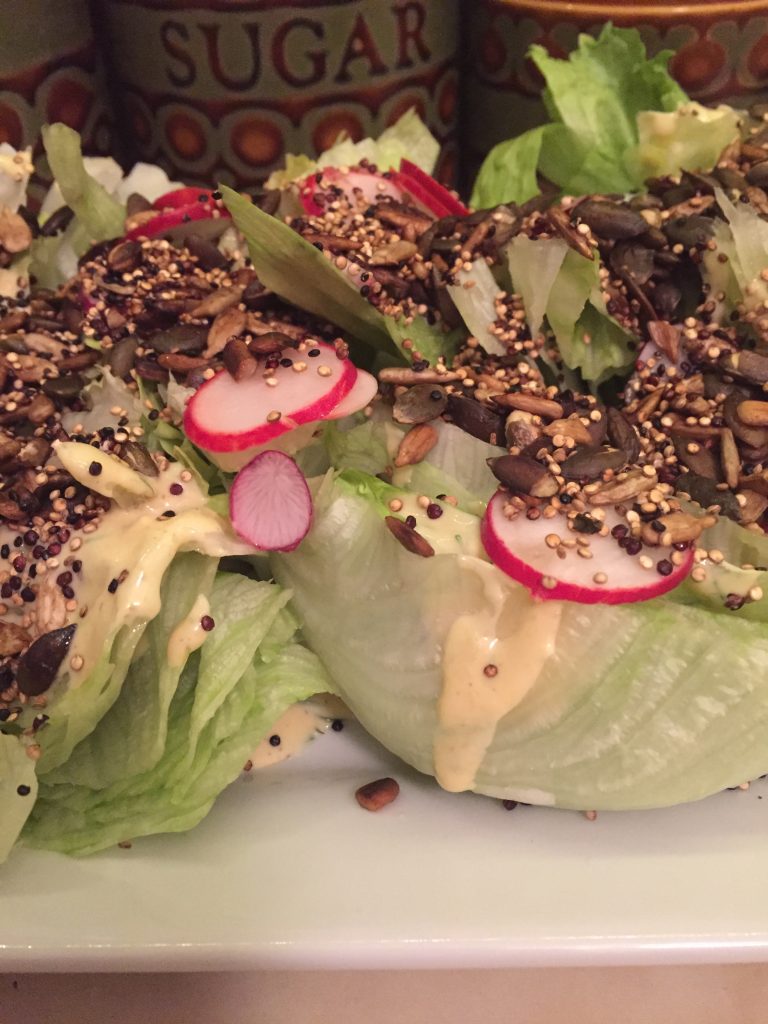 Dessert was a MAGNIFICENT Bavarian Chocolate Cream Pie made by the awesome sweet-things cook Battenburgbelle.  This is also a recipe that’s going in the Columbo book.  Designed to be eaten alongside the episode where a nasty two-timing sleazeball is asked by his lover: “If I were a dessert, what kind of dessert would I be?” to which his response is,”Bavarian Chocolate Cream Pie.”  I’d never had such a thing, but now I have, I know exactly what he means. YUM!  I also know exactly how his cuckolded girlfriend would feel, spying on them, to hear that if SHE were a dessert, he’d say she was a rice pudding.

What a love rat! 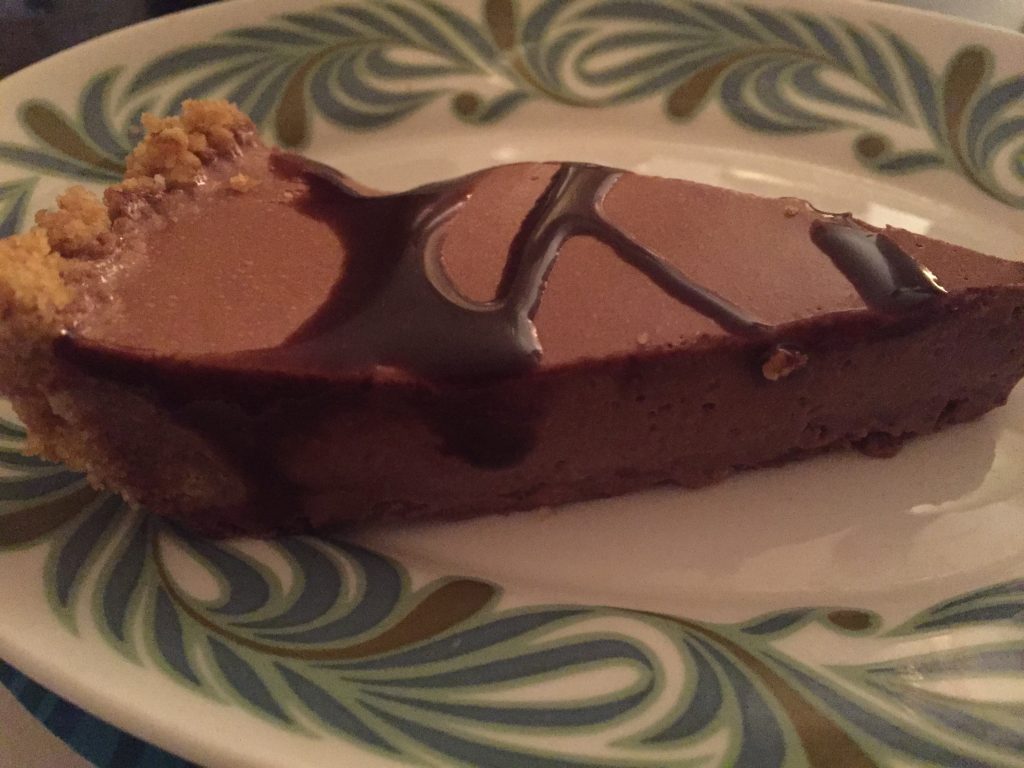