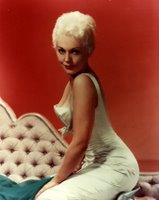 Lady Longhorn will be laughing into her corn chowder when she reads Kim’s fanciful recipe for Chili Rellenos. Not authentic Mexican ingredients by any means. However, Groucho wanted “Mexican” food as the big match on Saturday night was Argentina v Mexico. The only Silver Screen Recipe I had at my disposal with any kind of Mexicana appeal was Kim’s. So I gave it my best shot (modifying it for the vegetarian appetite) and was rewarded with a typically grouchy Groucho comment “it’s a bit like student food”. Well yes, that is true. But victory was mine when later he discovered more in the kitchen, “you didn’t tell me there was some left,” he said getting his spoon out, “I’ll have that!”

A veiled compliment from Groucho is worth more to me than a hundred from anyone else. He always speaks his mind and as he says, “Those are my principles, and if you don’t like them… well, I have others”.

Like Groucho, “I worked my way up from nothing to a state of extreme poverty” and I love him and his lovely wife so much as they foot the bill for everything except scones when I go visit them in their country pile in Suffolk. A very generous pair who live by the Groucho rule: “The secret of life is honesty and fair dealing. If you can fake that, you’ve got it made”.