Peel me a grape! 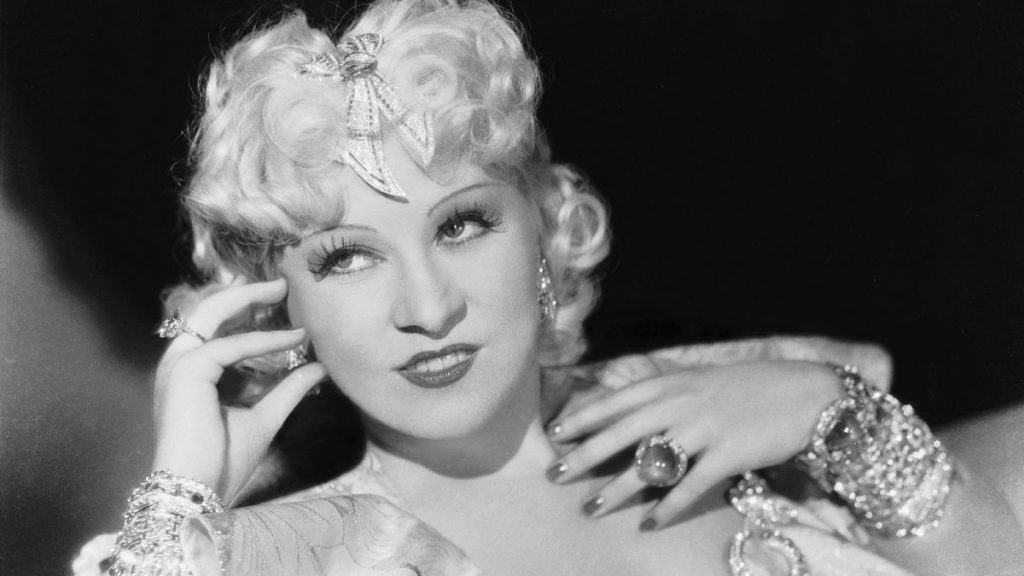 Well, actually, peel me 24 of them, as Kim’s recipe calls for 2 dozen peeled grapes. 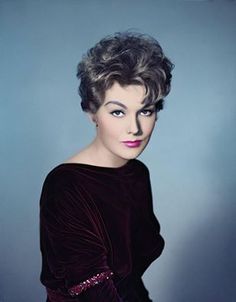 On Friday I spent the day in my kitchen tending 4 batches of dough to make 20 loaves of bread to sell at my nephew’s brewery. I decided to make some of Kim’s Chili Rellenos for lunch. If you have ever tried to make 20 loaves of sourdough bread more or less in one day, you’ll know that I did not have time to peel the grapes… 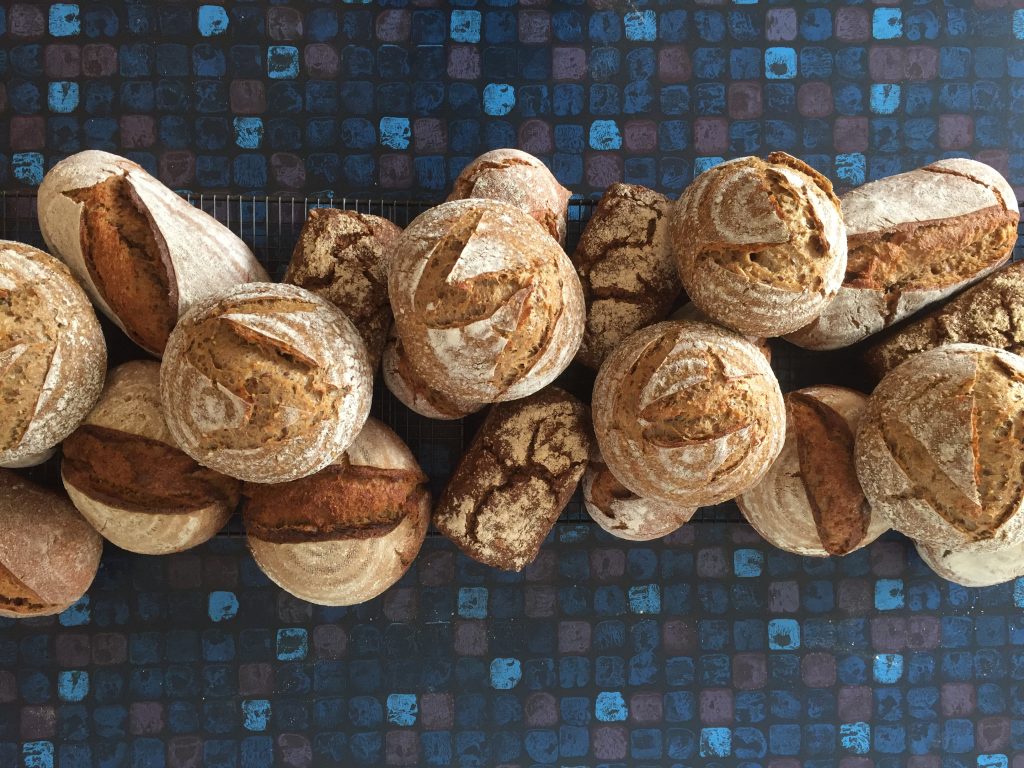 Caroline Frick smuggled some amazing fresh peppers over from Texas last week, and Friday was my last chance to cook something with them. Kim’s recipe sounded good – if a bit weird.  I liked this dish, but I don’t think it’s very authentic. The grapes caused me some pause. Grapes in Chili Rellenos? But then I remembered, there are grapes in Ramon Navarro’s guacamole so why not grapes in Chili Rellenos? Here in the UK, 99% of us have never had access to good Mexican food. It’s one of the worst things about living here. That and not being able to get frozen orange juice… But Chilis Rellenos are the very first Mexican dish I remember eating. In upstate New York, when I worked on a summer camp, around 1987 I think. They blew my mind. 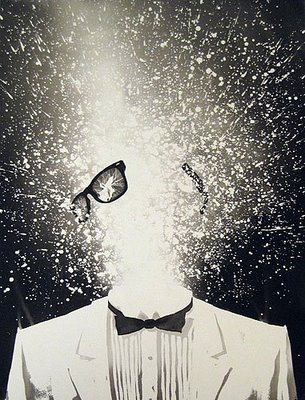 Well Kim’s didn’t exactly blow my mind, but they were tasty.

I had about twice as much filling as I needed for 6 peppers – maybe Kim was using BIG BELL PEPPERS? 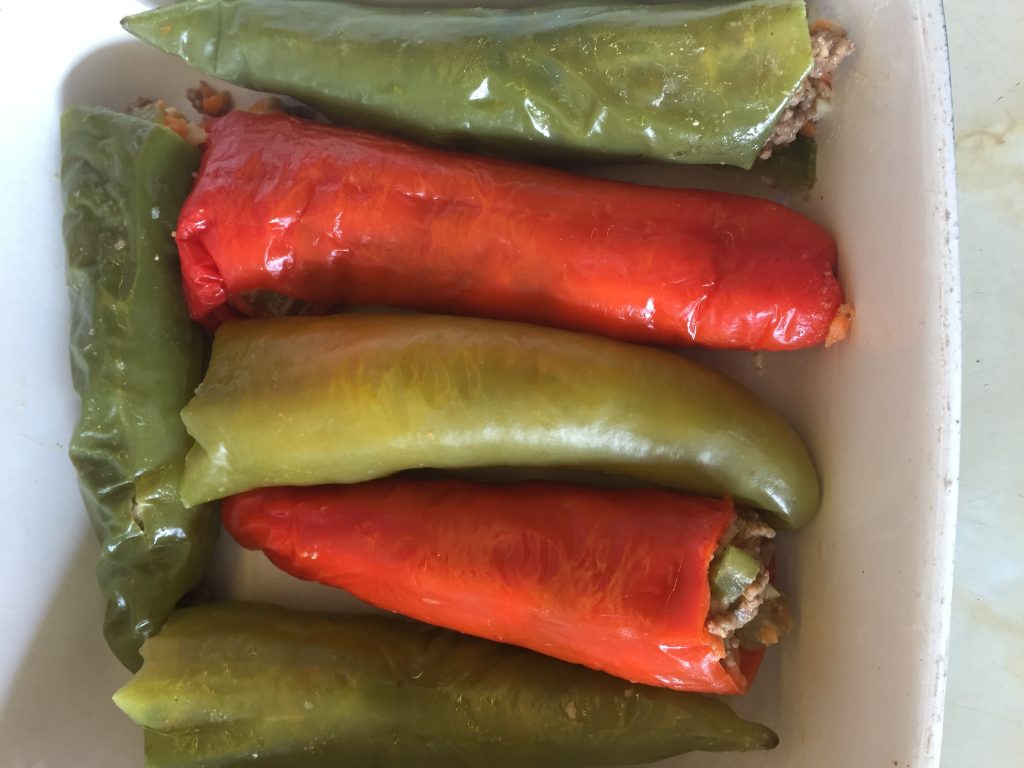 Her recipe was in a British cookbook from 1981 so I’m guessing this might have been the case.  There is no way on God’s green earth anyone would have been able to get Mexican peppers here in 1981.  I have frozen the extra filling, not sure what happens to grapes when you freeze them but we shall see… 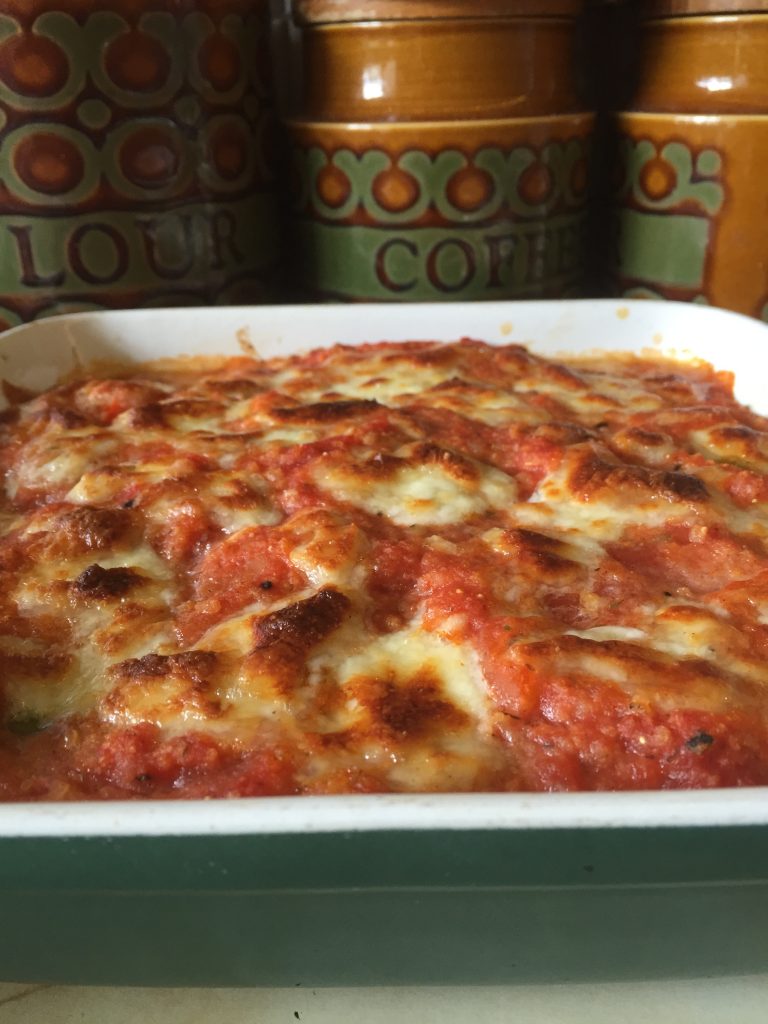 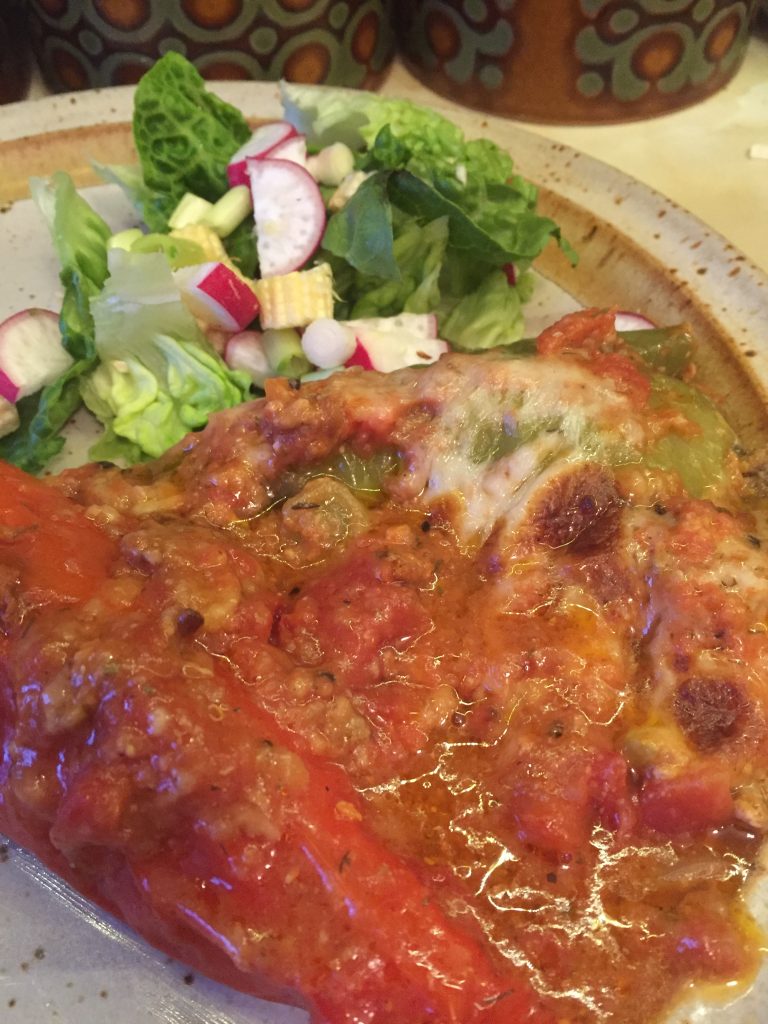 I see from scribbled notes on the cookbook and this record of the event on the blog, that I have made this before.  For his majesty Wayne Garvie.  It made me laugh to read the blog post as Mr Garvie always used to take the piss out of my cooking.  Mind you, this was back in 2006 when I really couldn’t cook, so he had a point.  Here’s the bit that made me laugh, Wayne said:

“it’s a bit like student food”. Well yes, that is true. But victory was mine when later he discovered more in the kitchen, “you didn’t tell me there was some left,” he said getting his spoon out, “I’ll have that!”

If I ever have a cat, I might call it Pyewacket after Kim’s cat in Bell, Book and Candle… 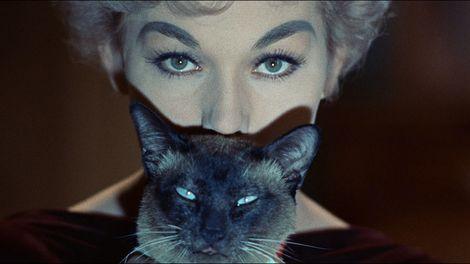 Cut the tops off the peppers, remove inside of peppers, and boil until tender Stuff with the mixture above. Put stuffed peppers in baking dish. Pour over peppers the following mixture:

1 can stewed tomatoes
dash of dried dill leaves
dash of mint leaves
a few rolled cheese crackers (for thickening) [I just whizzed up some crackers in my mini food processor, including some to sprinkle on top]