I made a lovely boozy batch of this for the Naughty Habits Strolling Supper Club that Battenburg Belle and I collaborated on a few weeks ago.  It was wonderful evening and BB has written about it more eloquently than I can over here. 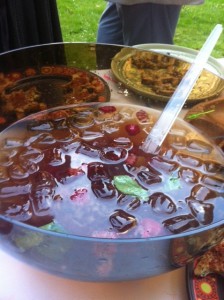 The punch was a big hit.  In the end I used half a bottle of Chambord, which made it a lot more alcoholic than when I made it for my Christmas party.  I think this is very lovely punch for a summer al fresco event.  We had this and some Joan Crawford Canapes in the secret garden behind my flat – a well kept secret… 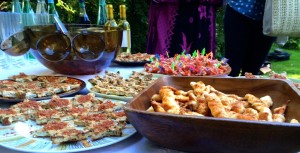 The recipe for the punch is here...  We used the real McCoy Sauternes for the punch, and it really did get everyone in a good mood.  All the guests did the conga from my garden to Cathy’s place round the corner for the splendid buffet that followed!  We might do a summer fundraising event once a year, as it was such a success.  Davey did his seven songs and the evening raised a massive £370 for the Alzheimer’s Society. 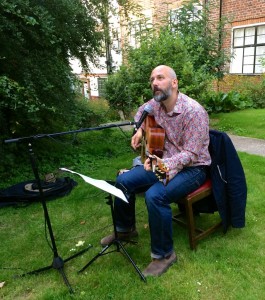 One of the many things I have enjoyed about camping out at Mr Rathbones for a few weeks while 2 Kiwi girls stay in my flat, is the TELEVISION.  I don’t have one and there are only three programmes I like to watch if I’m ever sat in front of one.  Judge Judy, Storage Hunters and Come Dine With Me.  The latter 2 seem to more or less cover the schedule at the moment but I haven’t seen JJ showing up at all. 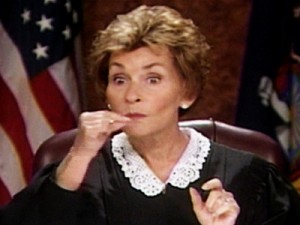 I am like an alien from outer space when the adverts come on.  I haven’t had a TV for about 10 years and I am like a sponge when the ads come on. Cillit Bang – that looks amazing.  The Ting Tings must be LOADED now their ace pop song “That’s Not My Name” has been appropriated by Coca Cola.  And just now I saw an ad for Chambord about how flamingos stand on one leg purely and simply because they like to. 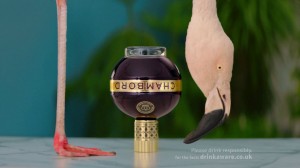 The Chambord tagline / catchphrase / whatever you call it is: “because… no reason” (said with a French accent.  So why not make this “because…no reason”

I had some of this leftover so put it in a bottle and served it up over lots of crushed ice as a pre-dinner drink when Vic and Anna came round.  It was a scorcher of a day so this was perfect – YUM.  Thanks Madeleine.  This boozier version of your punch was GOOD. 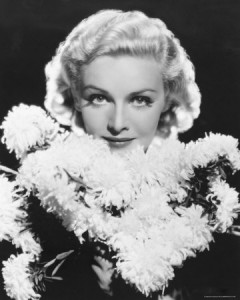