When “Fragments: Poems, Intimate Notes, Letters by Marilyn Monroe” was published in 2010, there was much excitement at Silver Screen Suppers Towers, as it contained a RECIPE!  Scribbled out by Marilyn in pencil, it’s a very detailed recipe for stuffing.  I can’t believe that 5 years have passed and I haven’t made this yet, so I hereby make it recipe of the month so that I am compelled to. 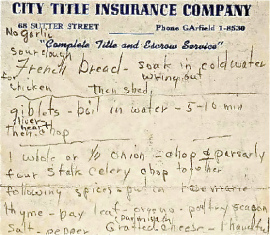 So here’s the recipe, as scribbled by Marilyn.  It’s a bit vague, but if you continue scrolling down, you’ll see a more cookable version.

TO PREP THE BIRD

The most excellent Matt and Ted Lee of the New York Times have written a most informative article about how to interpret Marilyn’s recipe which you can read in full here, doesn’t it look good? 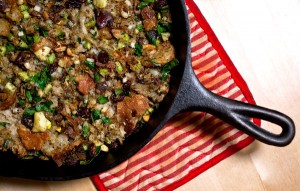 So the self-confessed recipe-restoration geeks’ version of the stuffing goes like this…  They quote 2 hours as the time it takes, and state that this would make 10 cups, enough for one large turkey, 2 to 3 geese or 8 chickens.  I’ll be halving it!

Wishing you all a wonderful festive season!  If you have a go at Marilyn’s stuffing please let me know how it goes, and if you can send a photo, I’ll pop it on the blog.  I’ll report back when I have attempted this.  Merry Christmas. 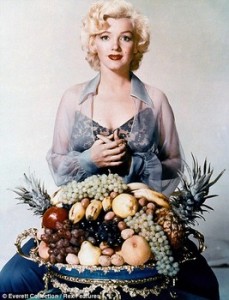