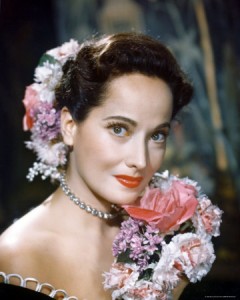 “Without security it is difficult for a woman to look or feel beautiful.”
There has been a rather subdued atmosphere this Sunday in the shadow of the power station. Partly due to a late night and partly due to a big blue over some slippery gramophones. The dinner will probably be a bit subdued too, as the ingredients of Merle’s Chicken dish are somewhat low-key. Still, you never know with these 1930s recipes, sometimes they surprise the palate.

There was no cinnamon to be had for love nor money in this stretch of Battersea. It’s the last weekend for the Somerfield store and shopping there is quite hilarious. People stroll around like it is a post Armageddon experience, shaking their heads with bemusement at the empty shelves. “It’s like being in a pre-capitalist Russian supermarket,” a complete stranger said to me yesterday. And today half the shelves were completely bare – naked. In the spice section all there seemed to be were a few mixes to add to sausages to make a casserole and some jars of Tahini. Only 60p off those so still awaiting the final price drop. What a canny shopper I am!