Easy peasy, lemon squeezy.  This is a simple but very tasty baked chicken recipe.  It doesn’t look much on paper, but often these “ye olden dayes” recipes are like that.  I made a small version of this as dinner-for-deux and we wolfed it down! 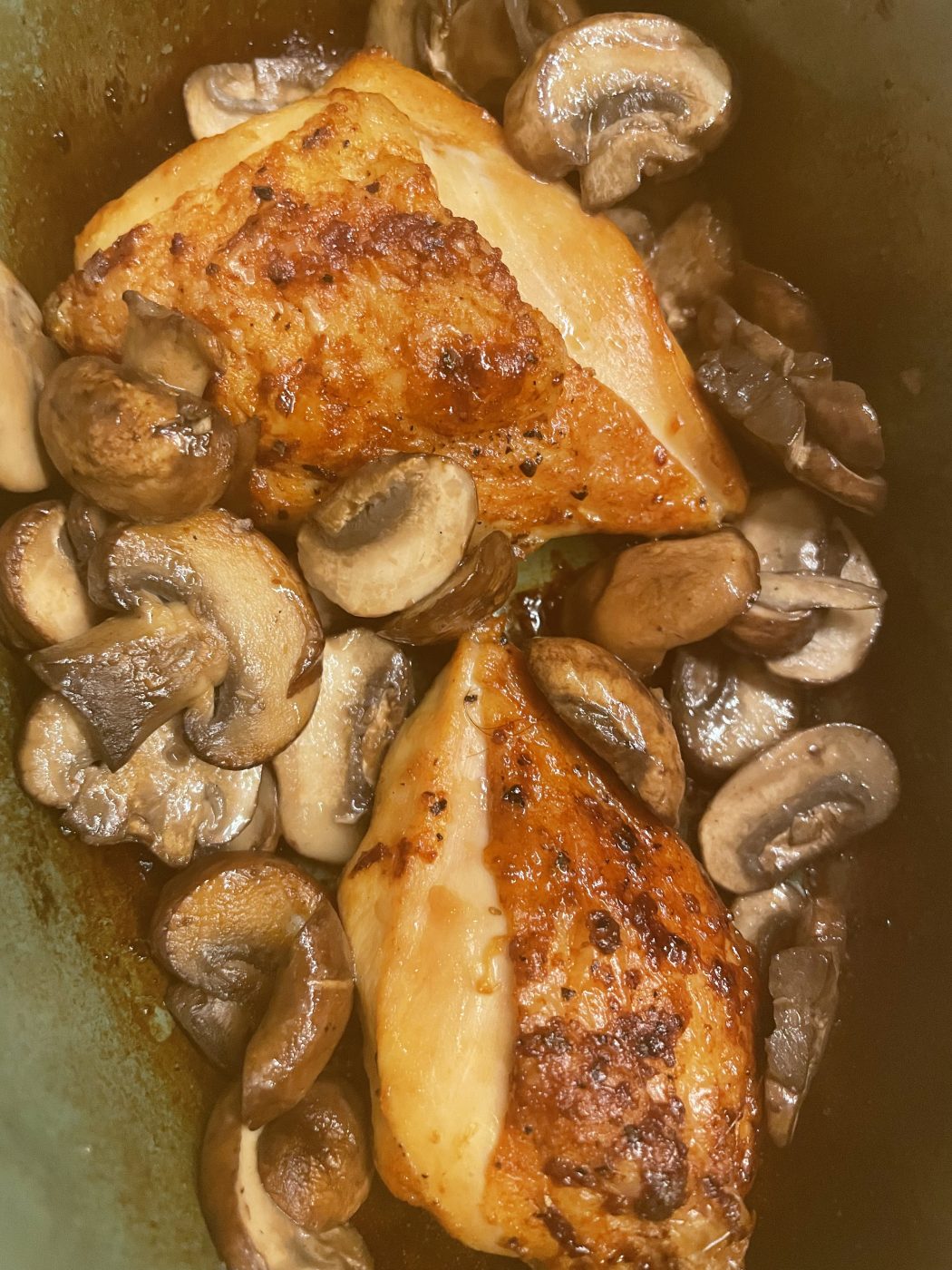 Although Carroll’s recipe doesn’t specify, I decided to get skin on breasts, as I couldn’t see where any basting liquid would come from otherwise.  I think this was the right decision.  The chicken was lovely and juicy and the skin was crispy.  Delicious. 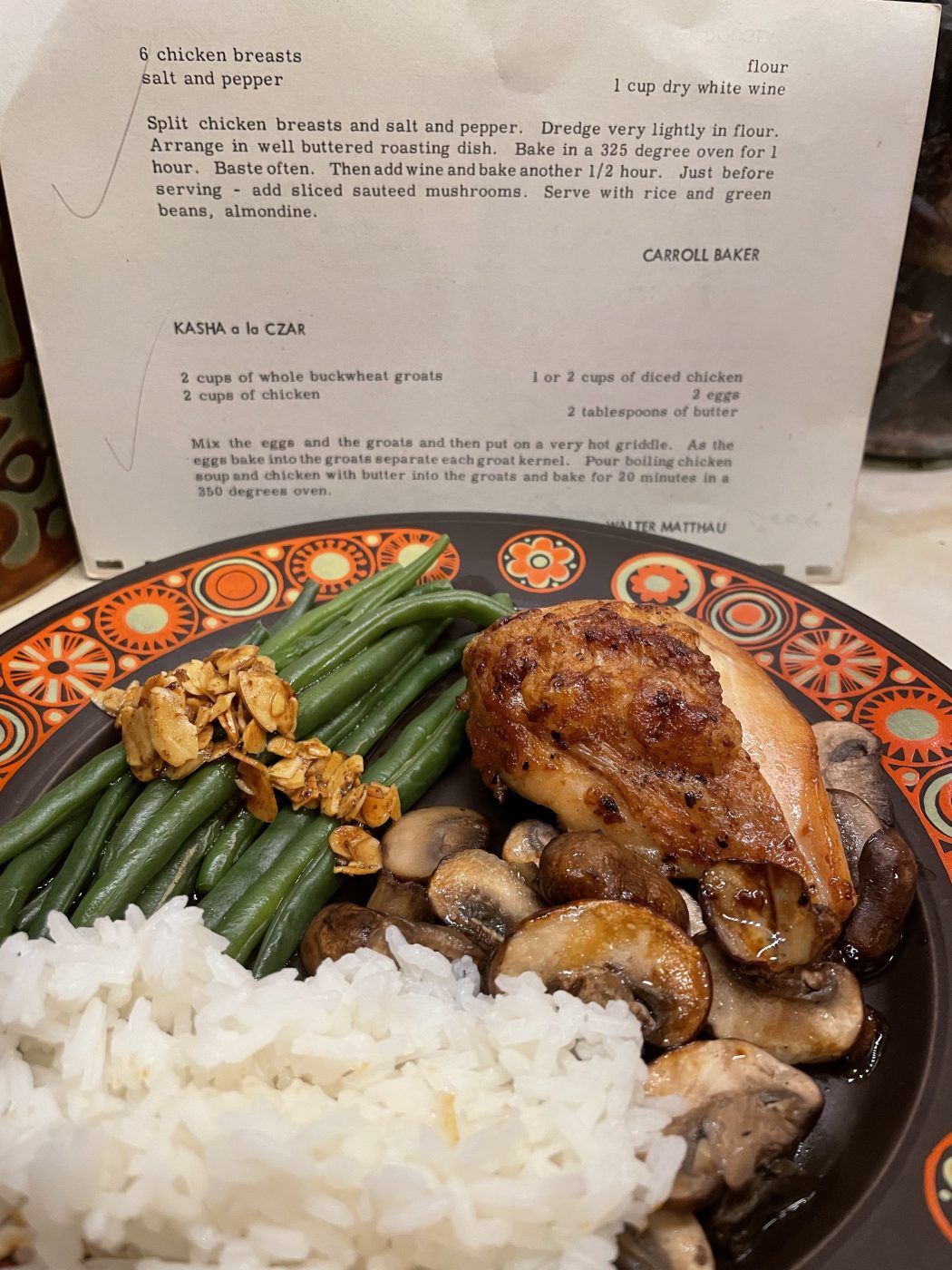 Mushrooms aren’t in the ingredients list of Carroll’s recipe, so don’t forget those when you are out shopping for this.  I followed Carroll’s suggestion of serving with rice and green beans almondine.  Perfect.  I do love a serving suggestion, as it takes a bit of thinking out of dinner. 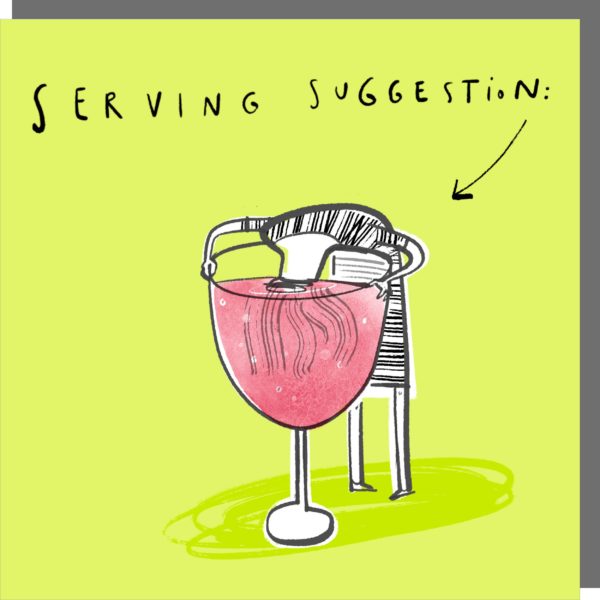 By the way, it wasn’t me who put a tick against this recipe, it must have been given the seal of approval by a previous owner in the 1960s! 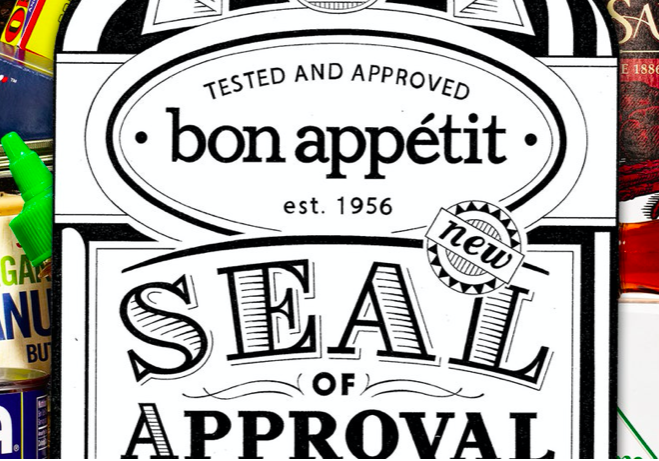 Another dish destined for the Murder, She Cooked book tested!  Thanks Carroll!  The movie Harlow where Carroll plays Jean Harlow is definitely on my “watch list”.  I will dress just like this and eat a big bowl of popcorn whilst wearing opera gloves. 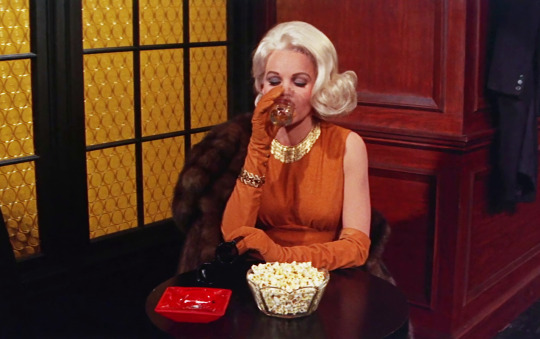 If you’d like to try Carroll’s chicken, I have some very thorough feedback from a lovely writer friend and test cook VT Dorchester about this recipe.  She used 4 chicken breasts which she was excited to find in her freezer so if you are dividing the recipe down, you might find VT’s comments useful.

Split chicken breasts and salt and pepper. Dredge very lightly in flour.  Arrange in well buttered roasting dish. I wasn’t really sure what this wanted in terms of ‘well buttered’ so I smooshed about a tablespoon of butter around in the baking dish. Bake in 325F oven for 1 hour. Baste often. I wondered if the roasting dish was meant to be covered or not. I didn’t cover mine because I used a random dish for which I do not have a cover. And because the recipe didn’t say I had to cover it! There was not a lot to baste with, I added a splash of olive oil at one point, instead of using more temporarily-hard-to-get butter (which I need for baking!) Possibly if I’d covered the dish there would have been easier and more basting action going on. Then add wine and bake another ½ hour. Just before serving add sliced sauteed mushrooms. I used about 100 grams of fresh mushrooms divided between the two of us. (Half a package marked as containing 200g. I also lightly stuffed them into about 1 and a half cups, or ¾ cup a person, before sautéing and having them cook down.

For the most part, I feel this is a very clear recipe, easy to adapt to serve many different numbers. I don’t recall that the original recipe says it’s to serve six, but that was my assumption when it listed 6 chicken breasts, and it would certainly do that.