It’s been a tradition for me to throw a birthday dinner for my beloved Battenburg Belle for many moons but we have missed two years due to RULES so I loved, loved, loved being able to do it this year. 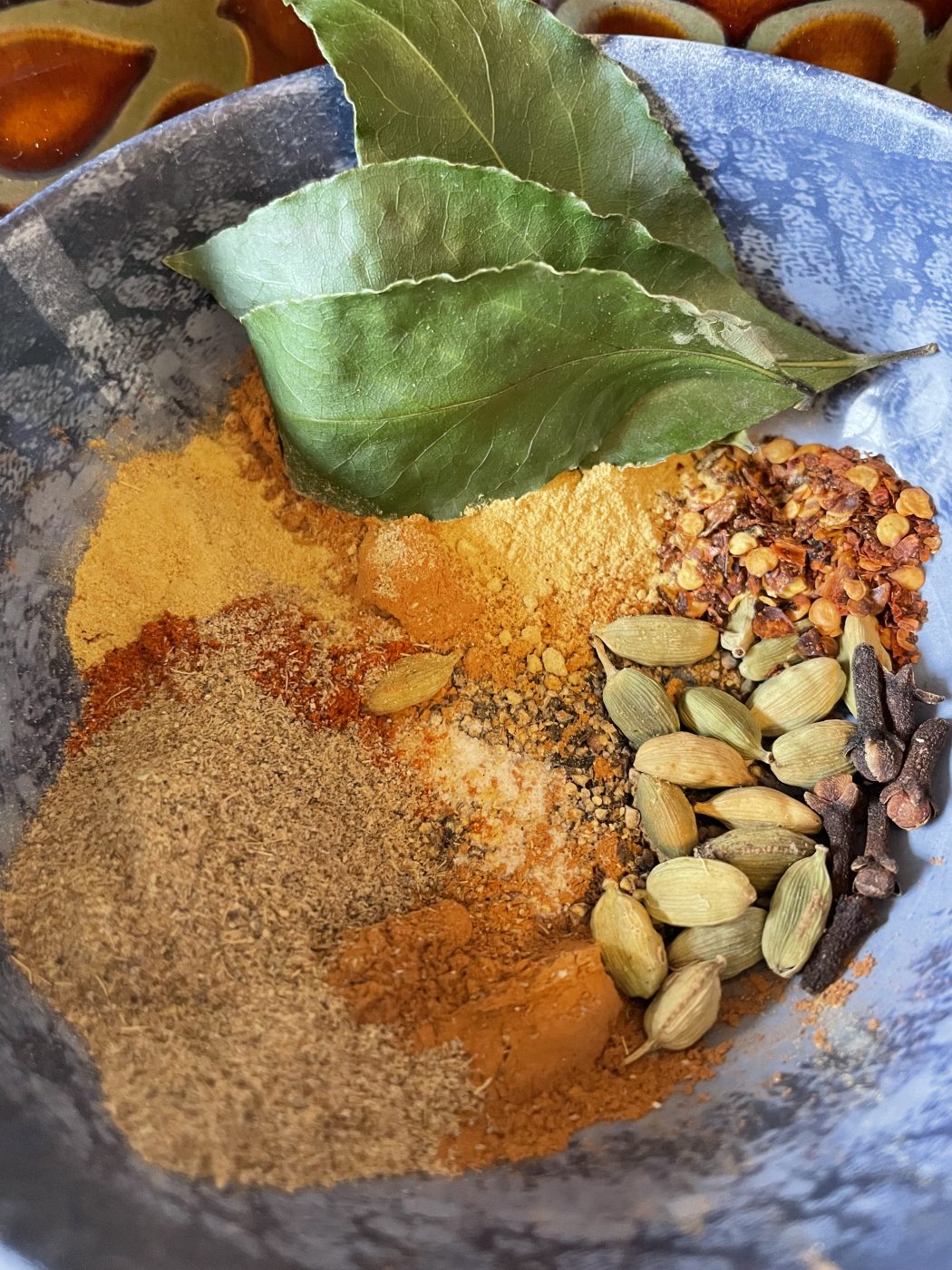 The big hit of the night was Fionnula Flanagan’s curry, which sounds weird but is actually really, really good.  Beef and chicken together in one curry?  Yes! 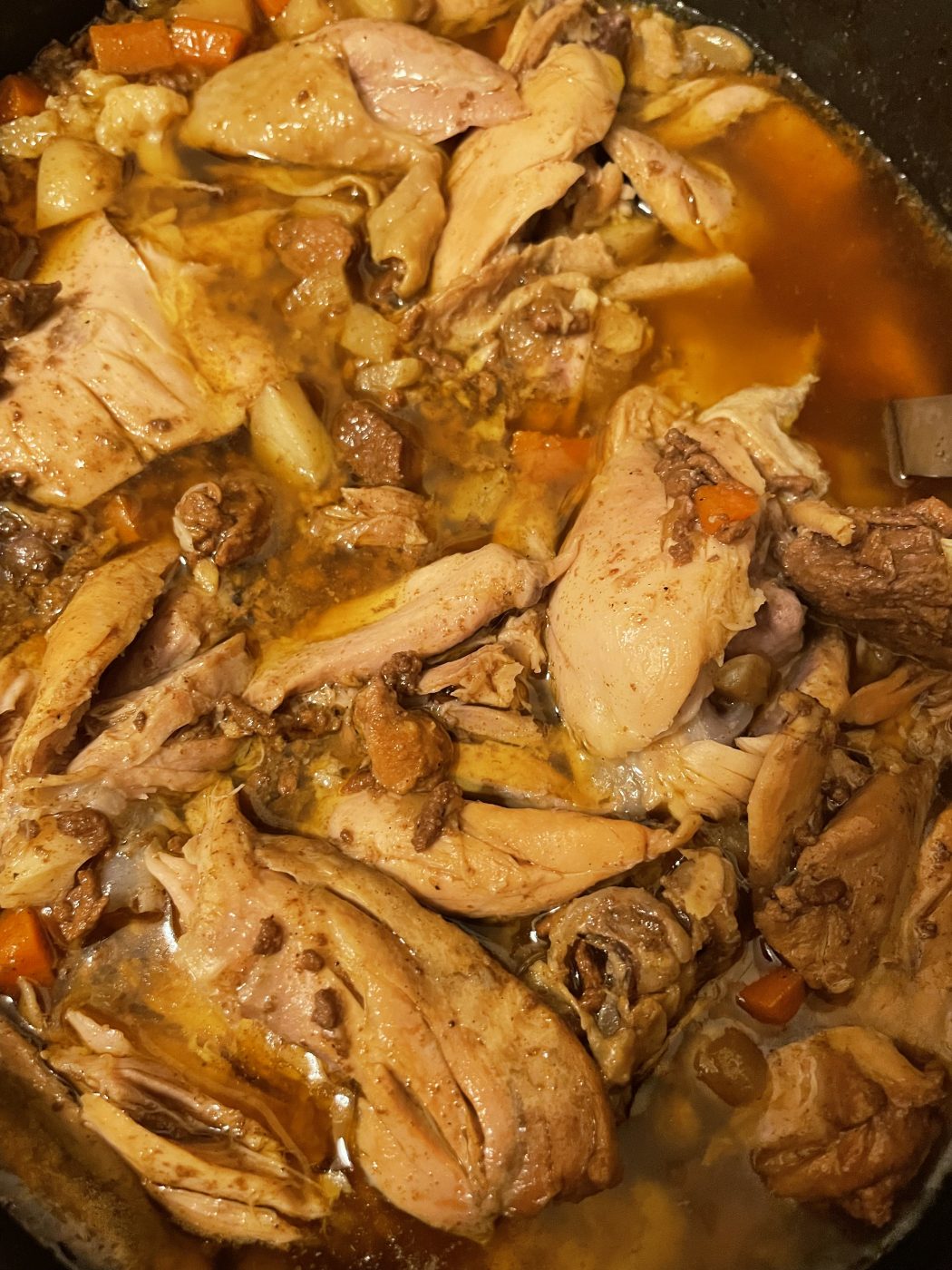 It comes with a caveat though, you will need a MAHOOSIVE pot to make it in if you do the whole shebang.  This makes an enormous curry, which is great when you are cooking for a crowd but I need to split it between my two biggest cooking pots.

As I am Queen of the Slow Cooker (crockpot to those across the pond) I made 2 other things in those, a Rafi’s Spice Box Channa Masala and this lentil dal which was delicious, plus a Rafi’s Mulligatawny on the hob.  It was quite the curry party! 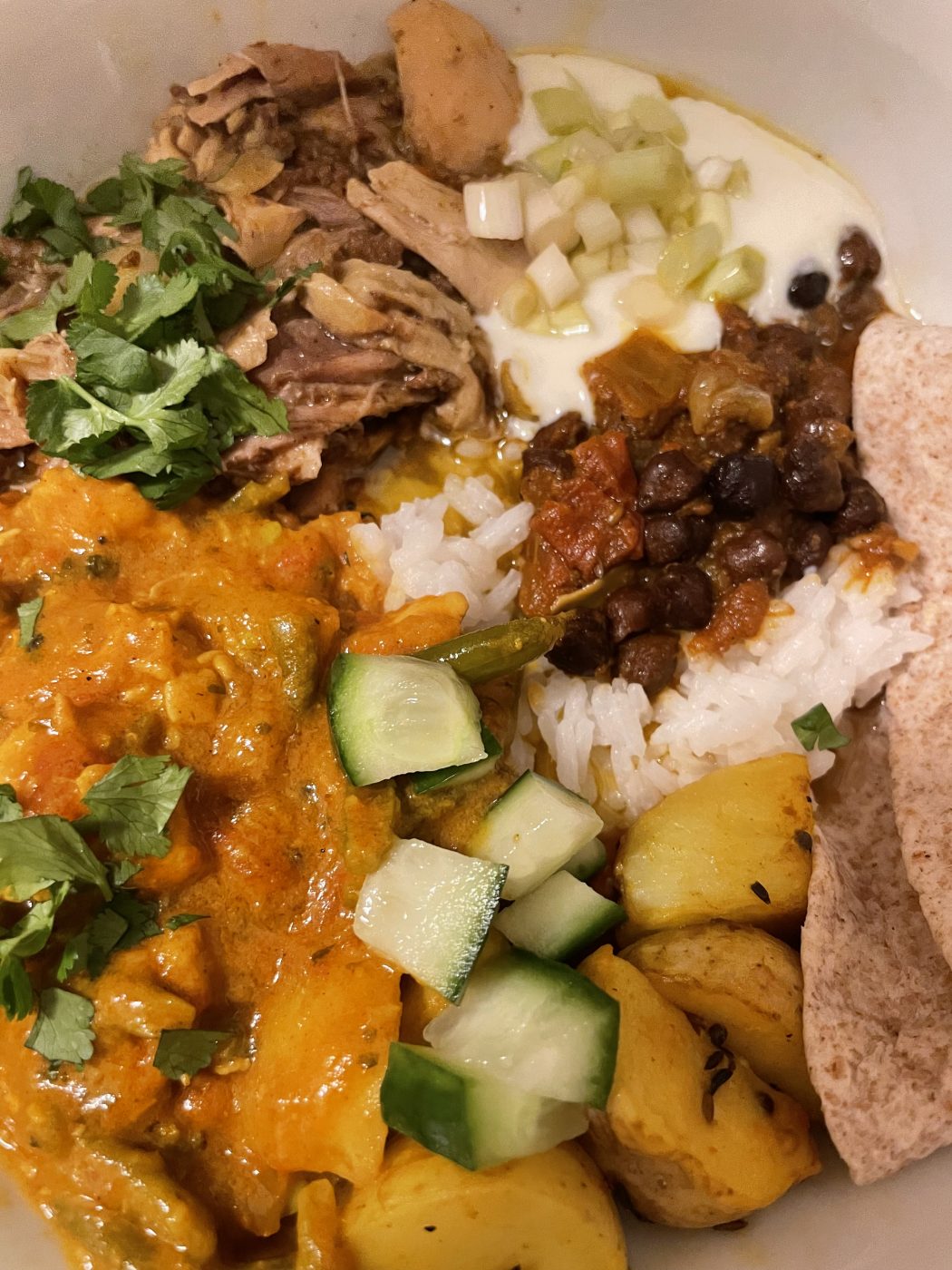 As I did the last time we celebrated Cathy’s birthday, I also made the Roast Aloo from the Cery’s Matthews cookbook.

This is a really simple side dish and great if you are doing rice and other stuff on your stovetop as it cooks in the oven. 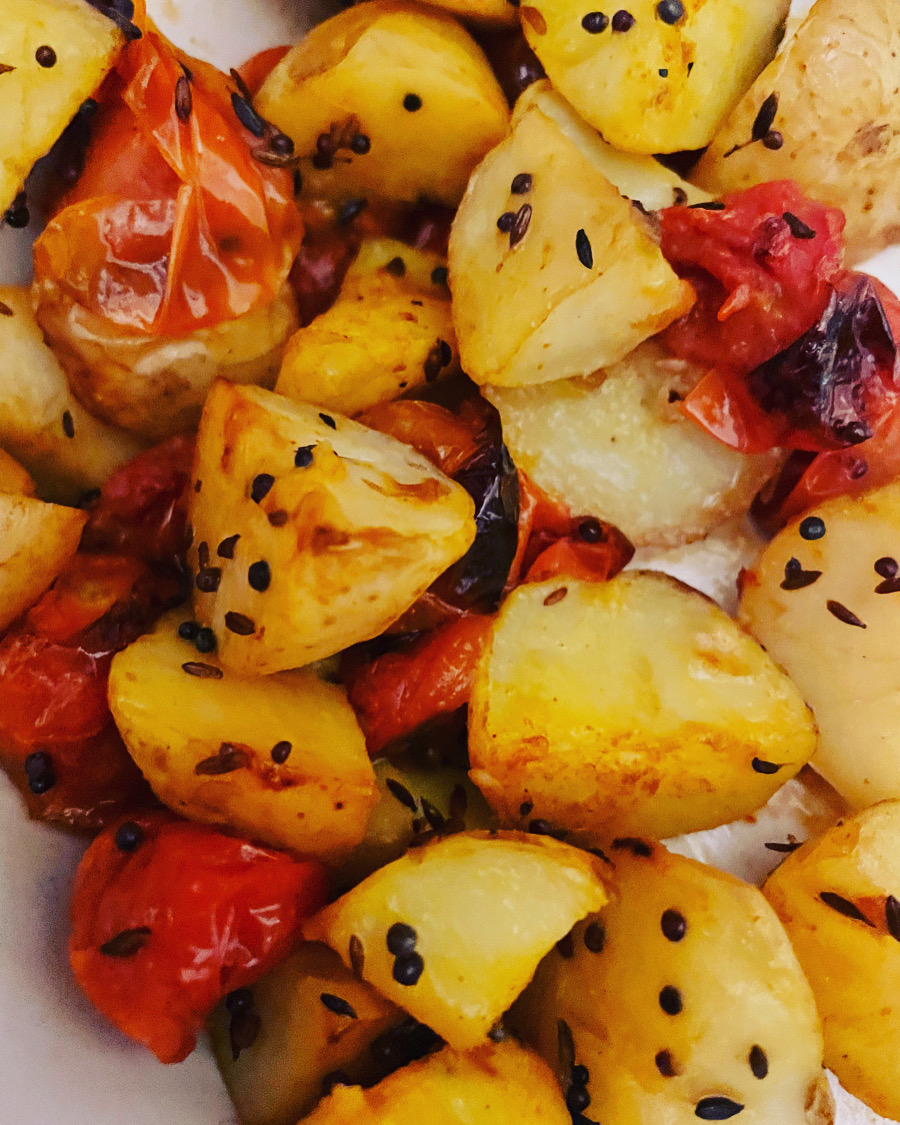 I really want to make more from this cookbook and I see from the IMDB that Cerys appeared in a film called Very Annie Mary. 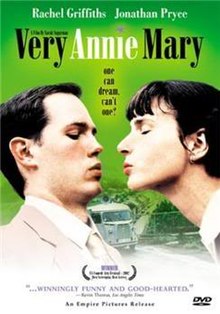 I feel a dinner and a movie coming on, especially as there are three characters in it called Hinge, Twinge and Minge.

As a big fan of Cerys, I’m surprised that she isn’t in more movies.  I’d love to see her tackle a juicy part. 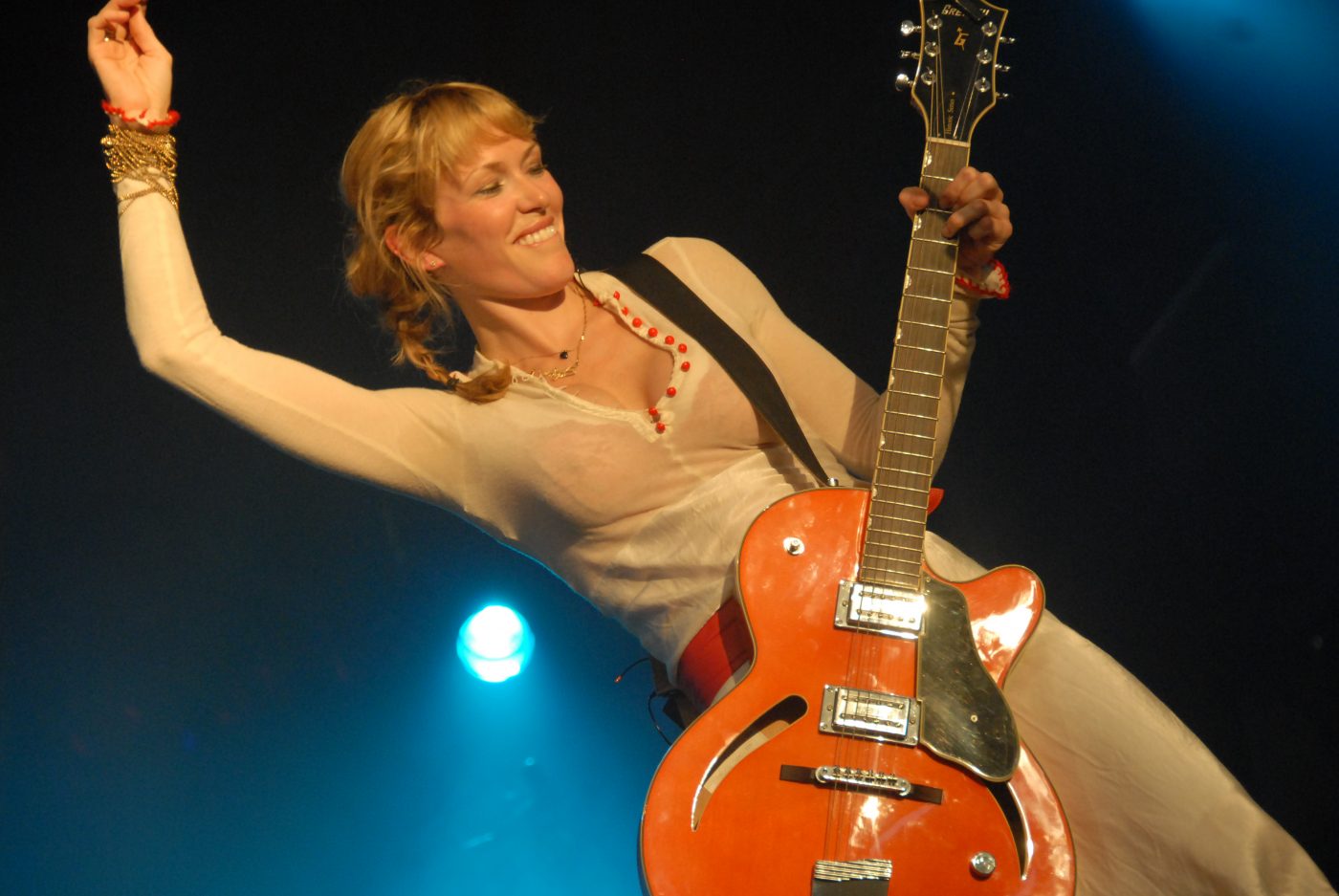 OK, now to the recipe.  This is actually the second time I have made this, the first time was for the previous “Celebration of a Caterina” party, which is how these big, fabulous, love filled events are know known.  It was a big hit the first time too, and I started a blog post about it but never finished it.  It tickled me to find this there though, “To say that I was chuffed when Cerys liked my Instagram photo of her dish is an understatement.” 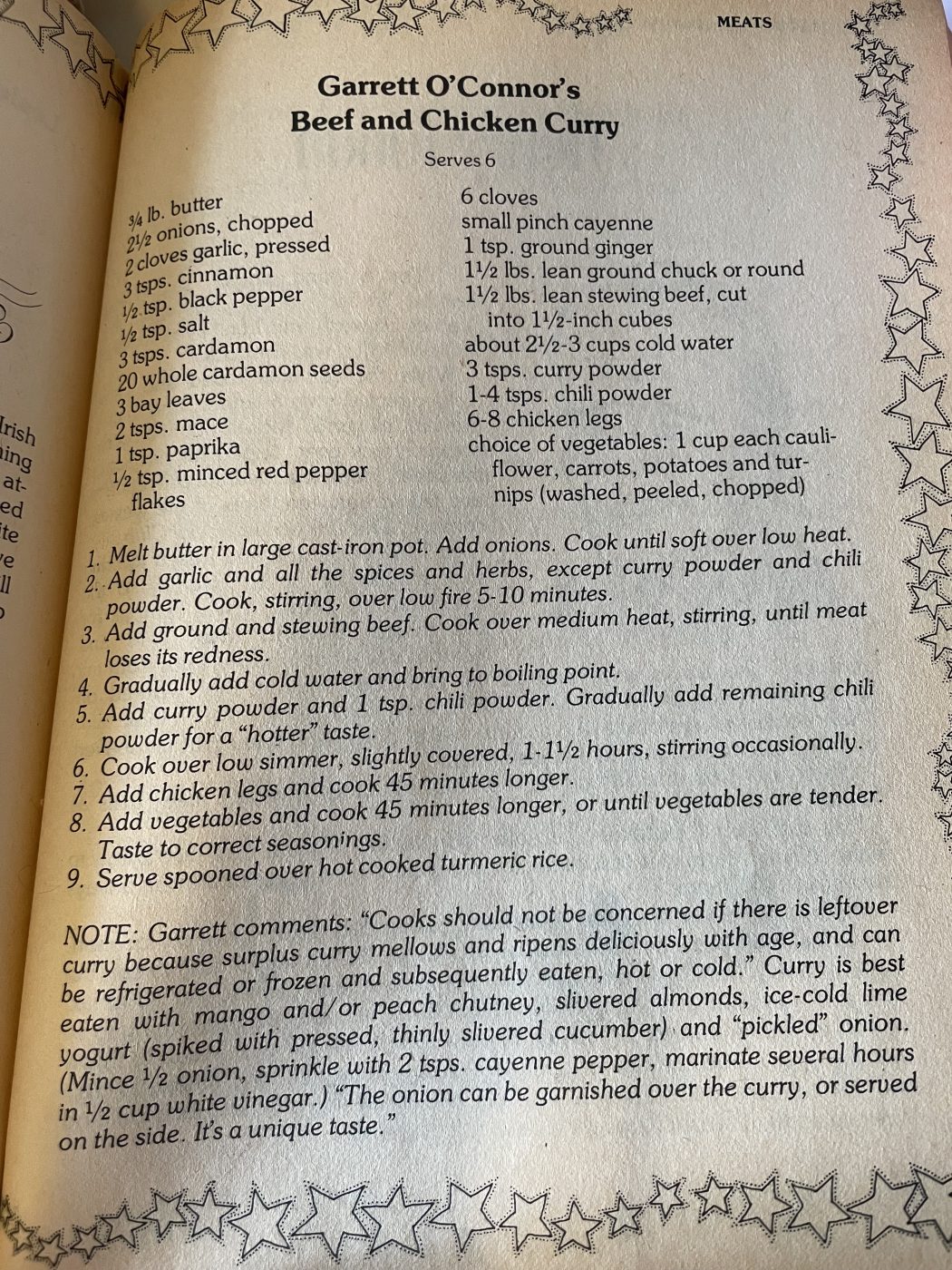 Thanks Fionulla!  This one gets the stamp of approval for the Murder, She Cooked book. 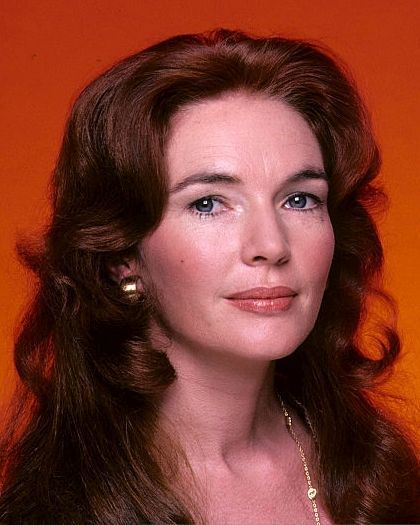