I am very lucky that my other half, Mr Rathbone, is an excellent proofreader.  He’s been kindly reading through all my Murder, She Cooked Substack posts before I send them out into the world and always has brilliant suggestions for tweaks that make my writing much better. 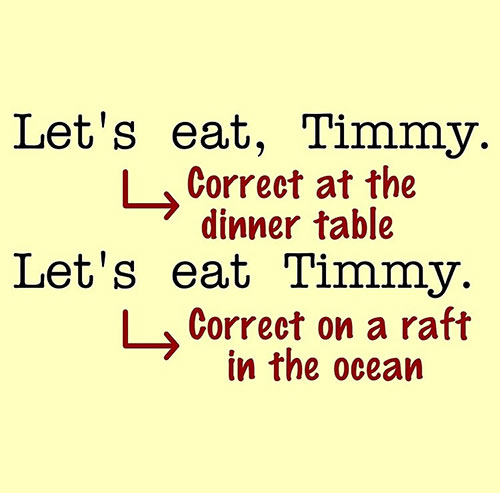 At the bus stop on Sunday, he said to me, “I see Ob’s Chicken is still on your list of recipes that need testing. Didn’t we have that fairly recently?” and indeed we did.  The reason I made it a second time a couple of weeks ago was because the first time I made it way back in pre-pandemic days, I didn’t write up the verdict for AGES and consequently could remember absolutely nothing about it.  Hence, I made it again so I could write something sensible about it for the blog and forthcoming Murder, She Wrote cookbook. 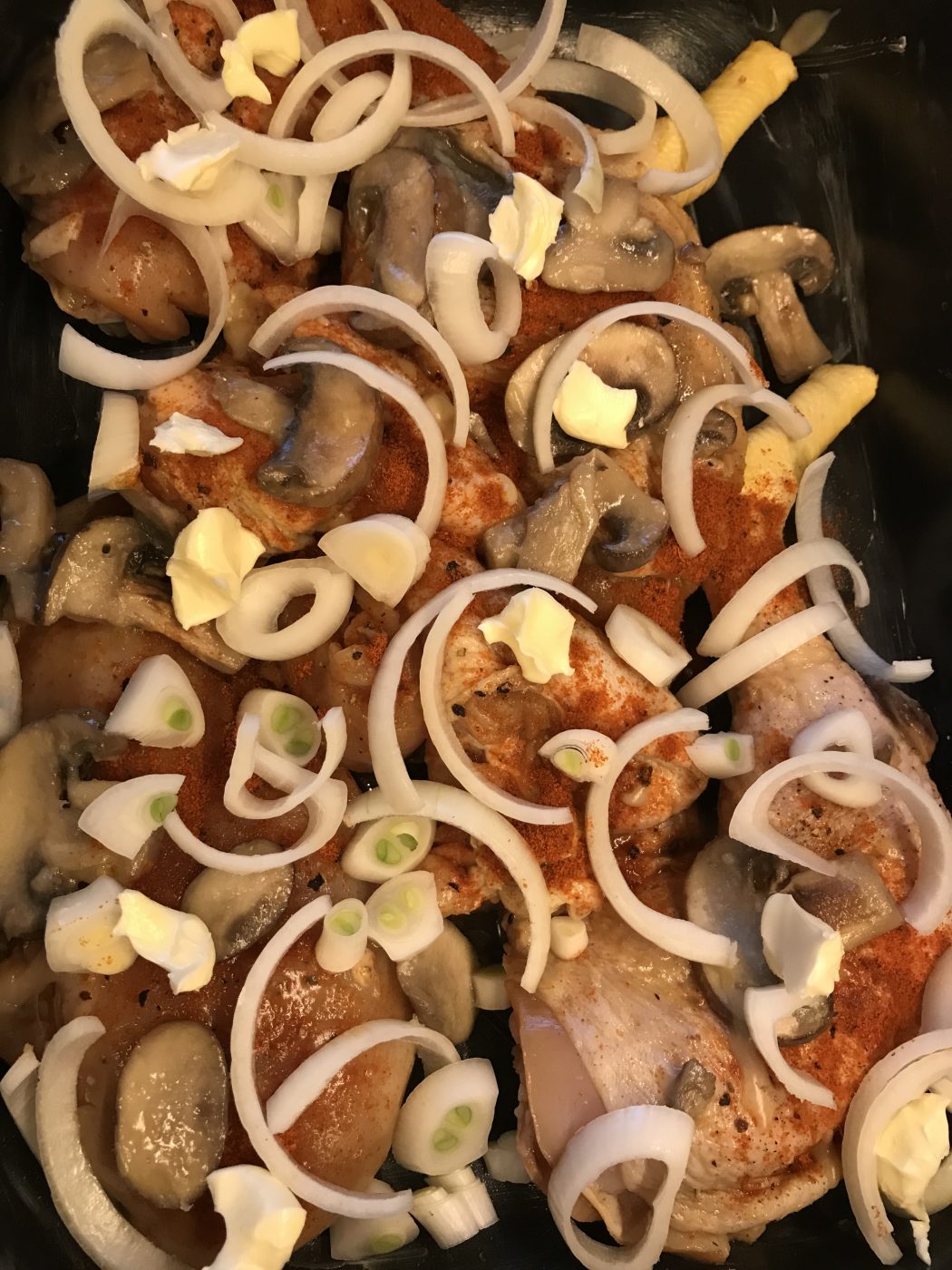 I said to Mr R, “Yes, we sure did have it fairly recently, can you remember anything about it?” and his reply was, “Not really.  It was good though.” So there you go.  Greg’s chicken recipe was good. 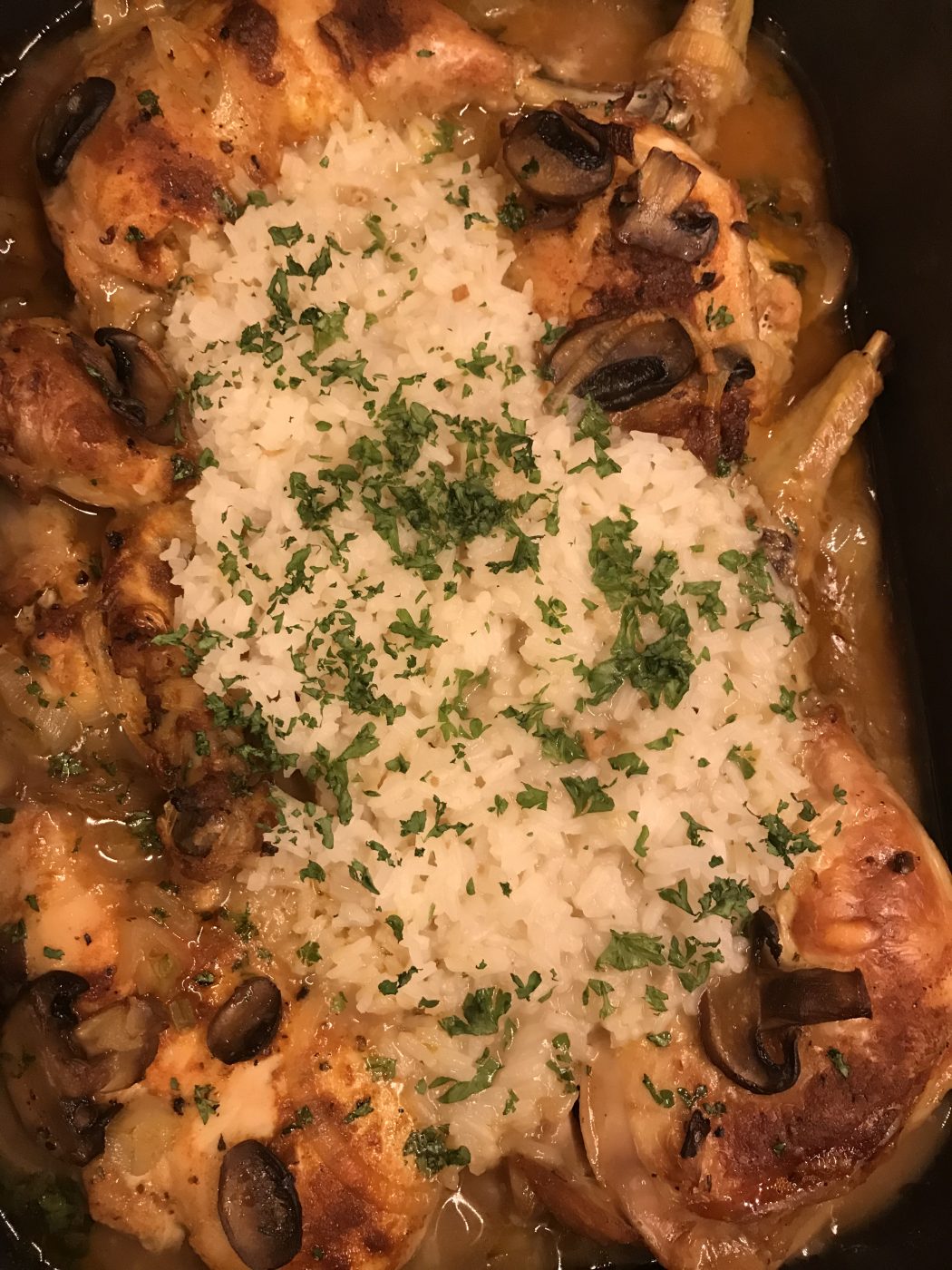 It’s ironic that the reason this dish is called Ob’s Chicken is because Greg’s wife called him “Ob” as a nickname. It was short for “observant”.  Obviously, myself and Mr R are sorely lacking in the observation department when it comes to having something interesting to say about his chicken recipe. I – MUST – MAKE – NOTES – IN – FUTURE! 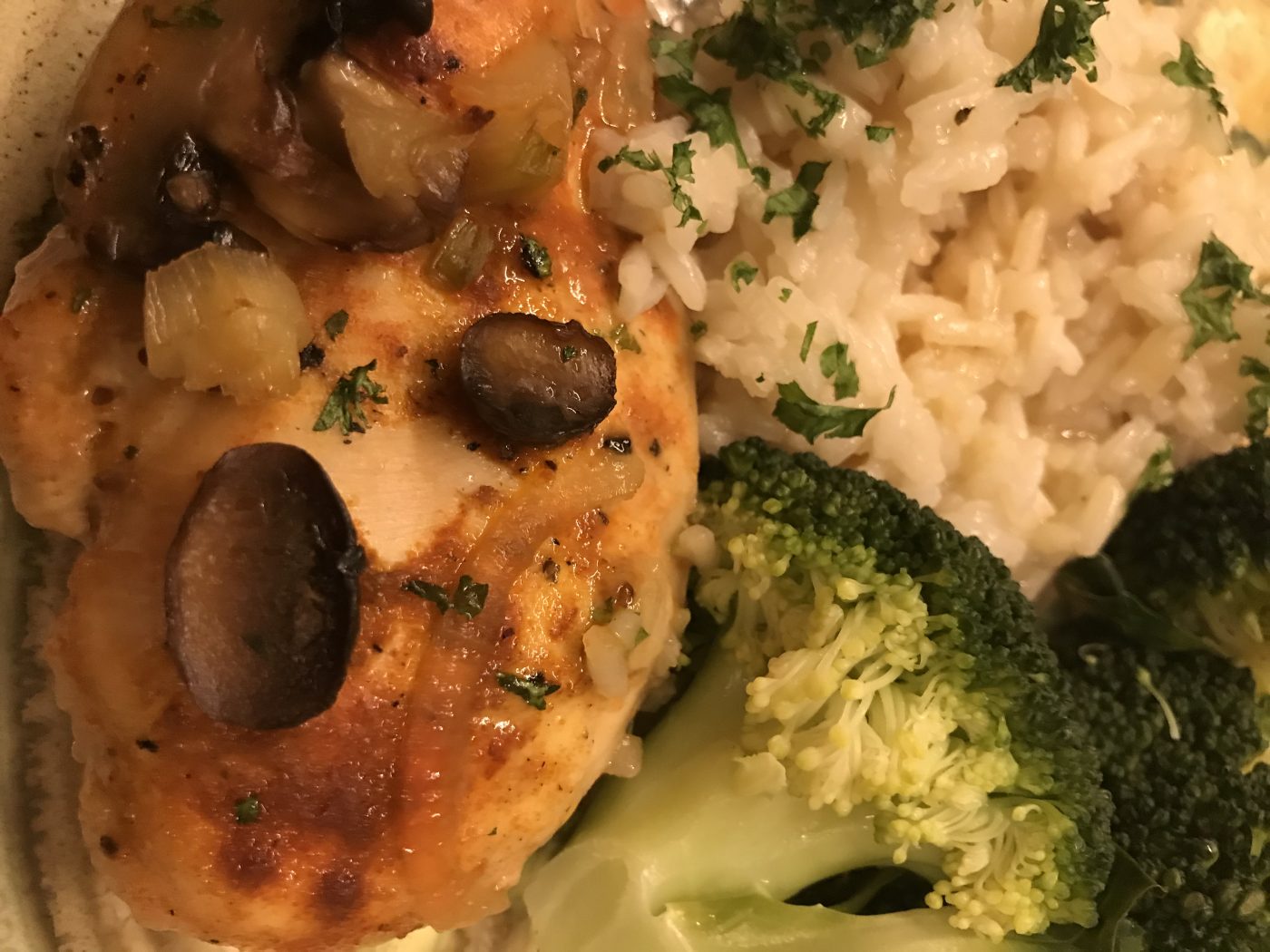 Oh, I’ve just remembered something.  As I was only doing half of the recipe, I just used one tin of cream of chicken soup rather than half mushroom and half chicken (plus the chicken broth) and it was good.  There you go, I DO have something to say about Ob’s Chicken – good!  Also, I can’t help but love American recipes that use cans of soup to make delicious sauces, it has never really been a “thing” here in the UK. 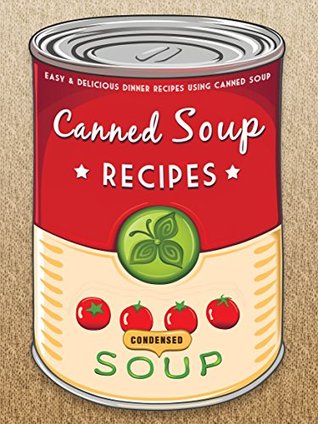 I used uncondensed soup though, it worked fine.

Oh, and now I have found the photographs I remember something else.  I used some of the family brew for the marinade – my nephew’s CRUNCH – a peanut butter stout.  This really made the chicken joints really tender and delicious.  It’s all coming back to me now. 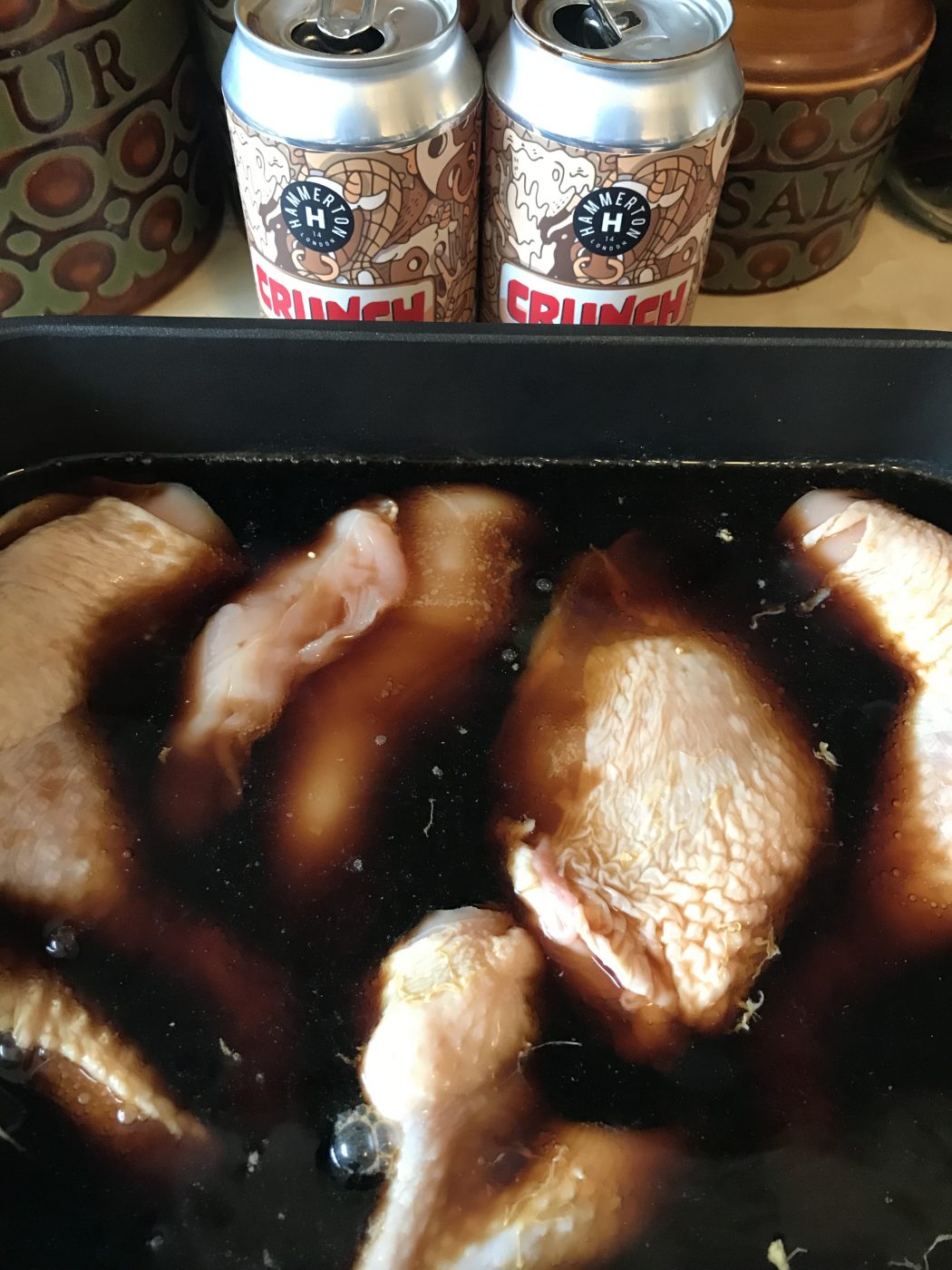 Once you’ve marinaded the chicken, this is a really quick and easy thing to get in the oven.  Greg’s quantities are HUGE.  I halved it and only just had a roasting tin big enough.  I reckon his full recipe would serve 8-10 people. 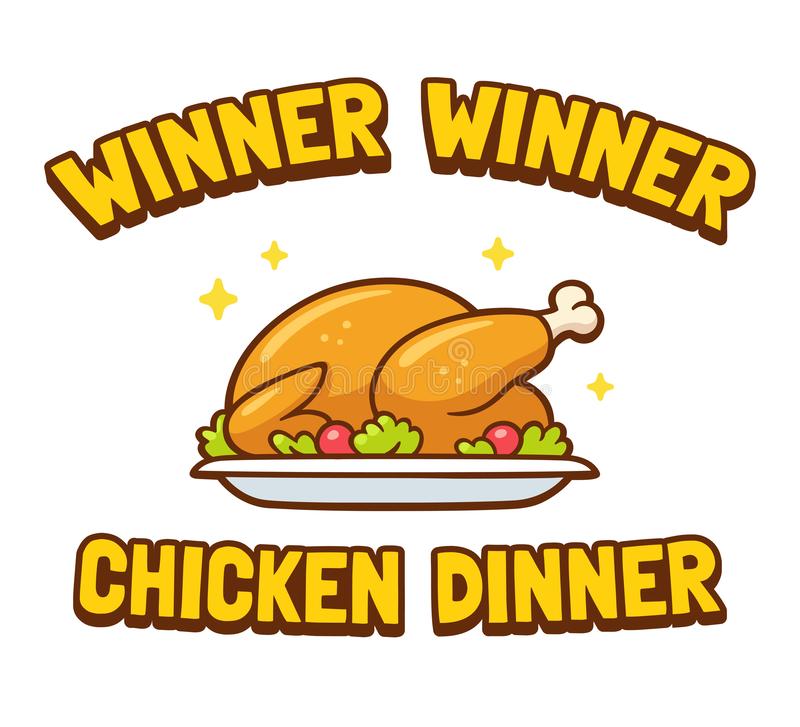 So now I’ve kickstarted my memory banks I hereby announce this to be a winner, winner, GOOD chicken dinner! 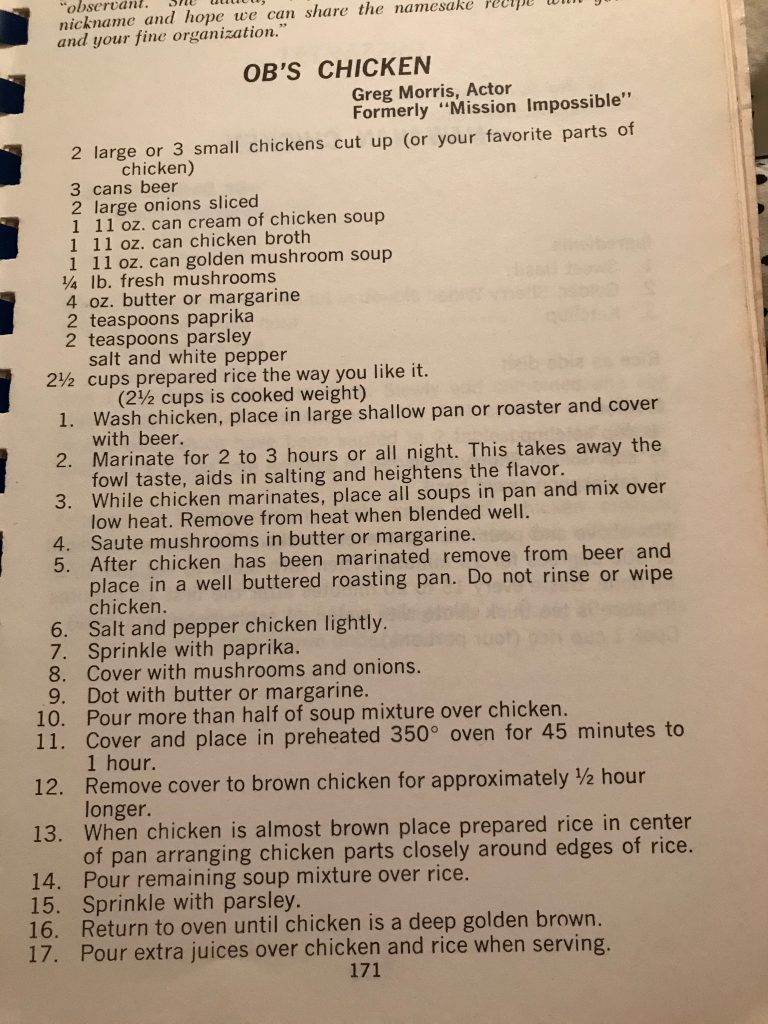 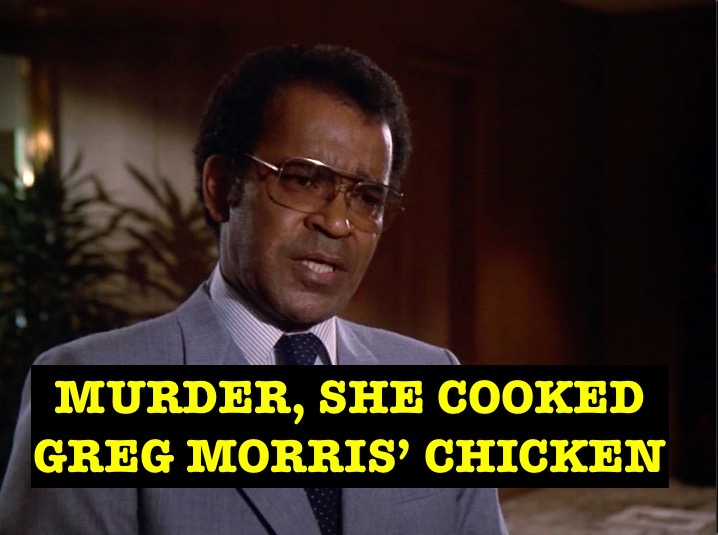