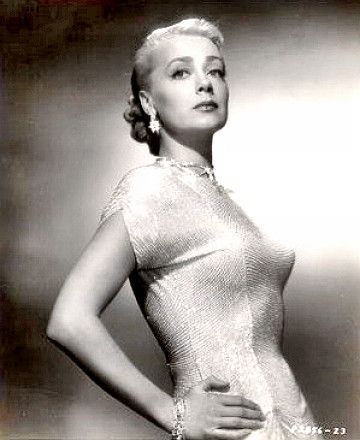 The June Havoc Almond Cocktail has been on the “to test” list for a while as she is in not one, but two episodes of Murder, She Wrote.  The first is a truly remarkable one for film buffs.  The Days Dwindle Down (1988) has a star-studded cast that includes Harry Morgan, Martha Scott, and Jeffrey Lynn as well as June and Angela. 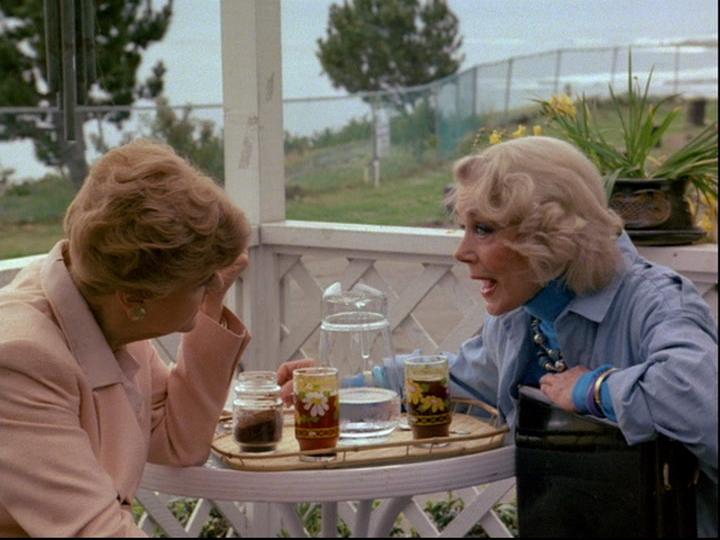 Much of the storyline is told using flashbacks, using clips from a 1949 film called Strange Bargain starring all of the aforementioned stars (apart from Angela) in their heyday.  So I’m going to suggest a double bill in the Murder, She Cooked book, with a whole menu of recipes from the various stars, kicking off with June’s cocktail. 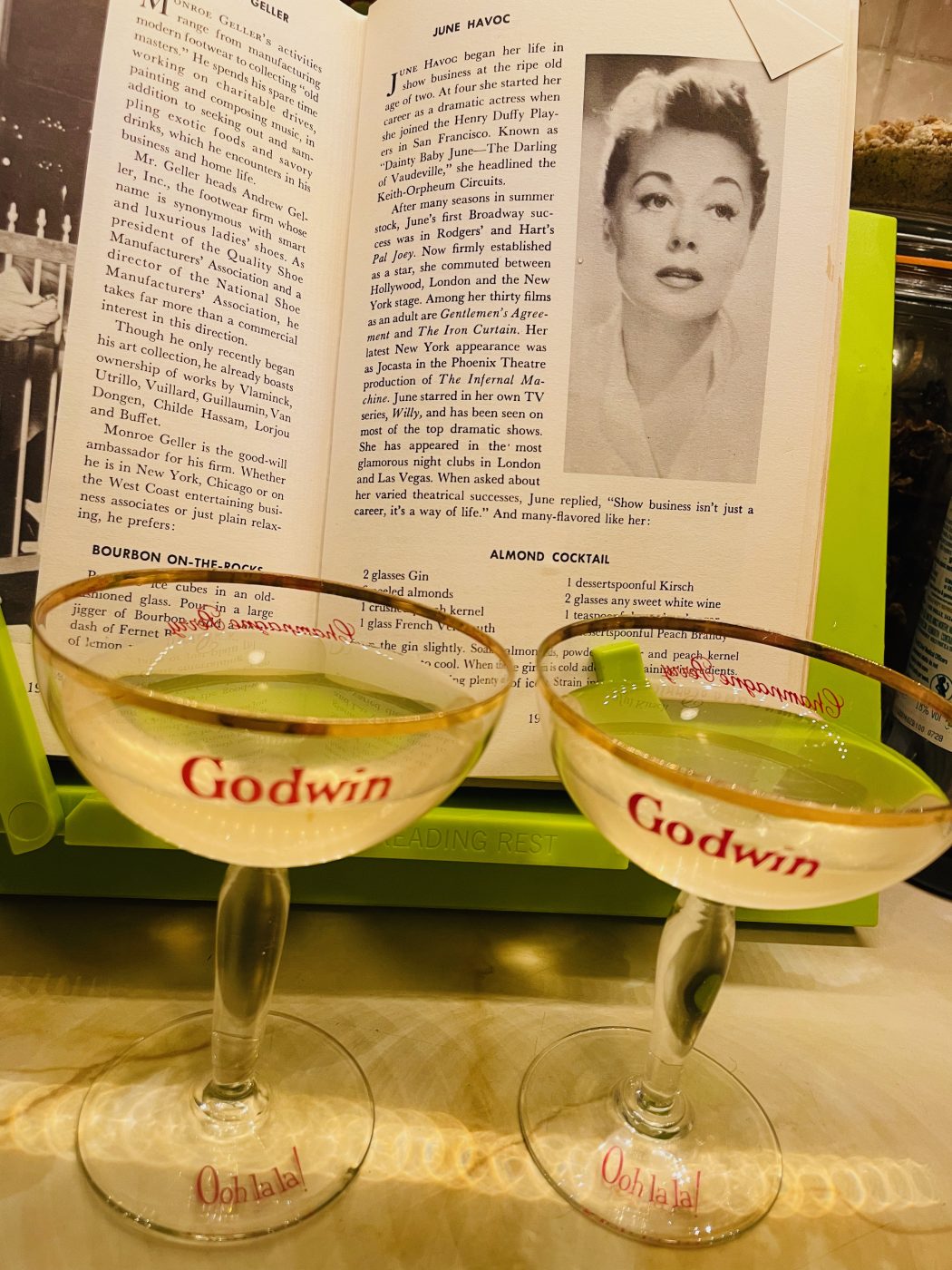 Anybody have any idea how the hell you smash a peach stone?  I tried, I really did, but it wasn’t having it. 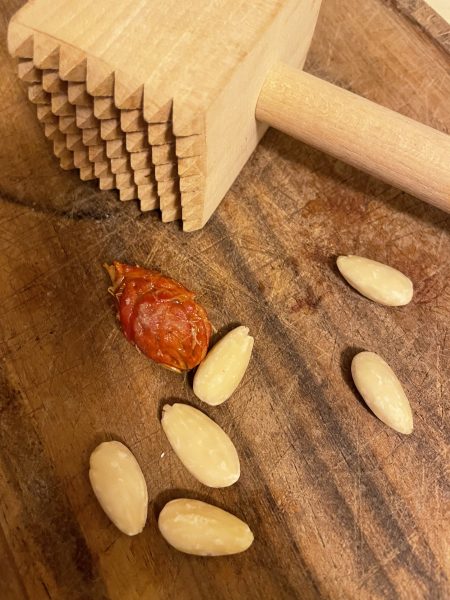 I soaked it anyhow with the almonds 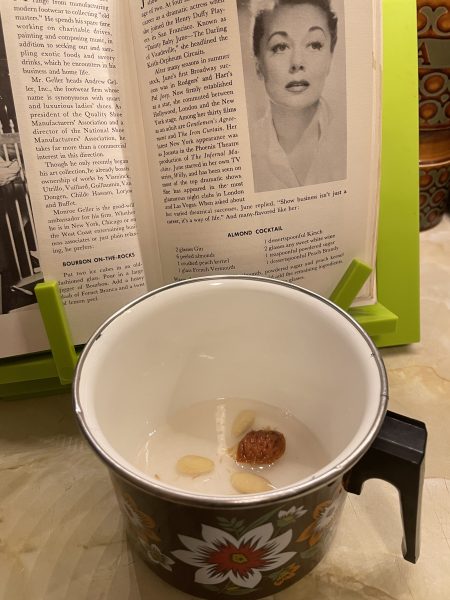 Verdict? Mr Rathbone said, “It’s a bit rude to June, but it’s a bit like a fancy Thunderbird.”

Wine in a cocktail did indeed seem odd and I think the first sip tasted like an extra boozy glass of pimped-up wine or sherry. After a couple of sips, I grew to like it more and got a few layers of flavour. I see from a scribbled note in Mr R’s handwriting that I said, “It tastes very French to me”, and I really want to try this again with an effectively crushed peach kernel.  Does anyone have any tips?! 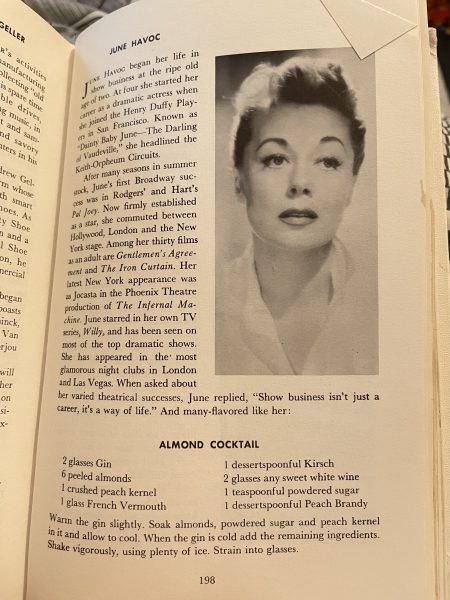