This was fab.  Really refreshing and zingy.  Mmm.  Cucumbers are a fruit! (said in a Vincent Price voice…) 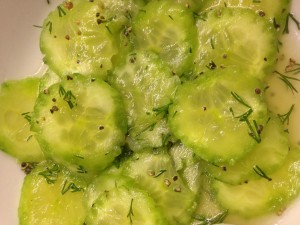 This recipe came to me via a reader of the Silver Screen Suppers blog who is now a penpal – Greg Swenson.  Greg is as obsessed with film star recipes as I am.  He’s writing a James Dean cookbook called Recipes for Rebels – great title eh?!  Greg’s website is here.  We’ve been swapping recipes like crazy and it’s been loads of fun e-chatting about where we’ve found them, and who we would still love recipes for.  Greg has found me a couple of Vera Miles recipes – I’d been looking for something for Vera for ages and I LOVE her so am super pleased.  I’ve sent over a few that he’s been after too.

All this has got me to thinking about who might be my three “most wanted” stars for whom I have no recipe.  Here they are! 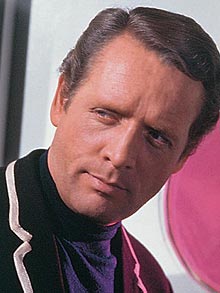 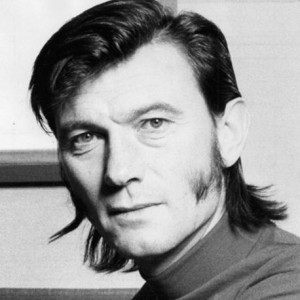 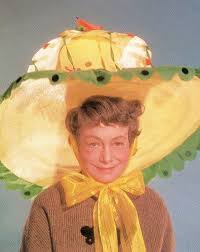 I’m not sure that Patrick and Laurence would have given two hoots about being asked to contribute a favourite recipe or magazine, but surely at some point Thelma would have proffered something?

Oskar Werner was on my most wanted long list but Greg came up trumps with both Oskar’s Wiener Schnitzel recipe, and one for his cucumber salad which follows.

I used dill for mine and I loved it!  It reminded me of a salad a friend used to make years ago that was like this.  I’m pretty sure hers had finely sliced onion and tiny bits of feta cheese in too.  Oooh.  That would be good!