As I have mentioned several times on this blog, I am not really well versed in different cuts of meat, so I was really interested in a test cook report from the lovely Gaye Fisher who is a fellow Bread Angel.  Gaye is the proprietor of Sticky Mitts in Surrey

and won a couple of prizes at this year’s World Bread Awards, so as you will see, she really knows her stuff in the kitchen!  Here’s Gaye’s report on Patrick’s recipe.  Like one of my other test cooks, Neil Owen, Gaye admits that she didn’t stick to the recipe (she never does she says!), oh how I wish I had such confidence.

I substituted Rump Skirt (not to be confused with Goose Skirt) instead of boneless rump pot roast. Skirt is my favourite cut for slow-cooked dishes. It is wonderfully lean and tender. 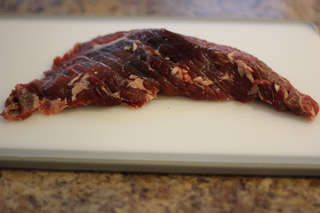 I then prepared the dish in the following way. 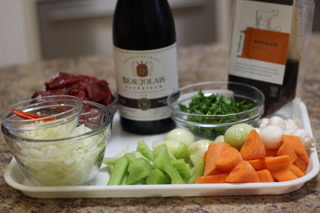 Didn’t flour the meat before frying because it leaves a residue in the pan which I don’t like
Sautéed the vegetables separately. Started with the onions and cooked these very slowly until completely soft (this releases the natural sugars), then I sautéed the garlic briefly (it burns easily and can impart a bitter taste to the dish).

I pretty much ignored the temperature and timings. I simmered the ragout very slowly until the meat was starting to become tender. Then I added the little onions. (A tip for peeling little onions would have been helpful i.e. covering with boiling water for a few minutes to soften the skin).

Finally, I sautéed the button mushrooms in butter and added these to the pot. The liquid had reduced a fair bit but I wanted it thicker so I added a small amount of beurre manié (softened butter mixed with flour). 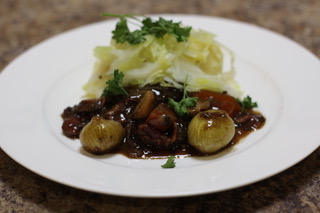 I shared the meal with my husband and we both enjoyed it. There was some leftover gravy which we gave to our dog Brody but he turned his nose up at it. Clearly no gourmet! 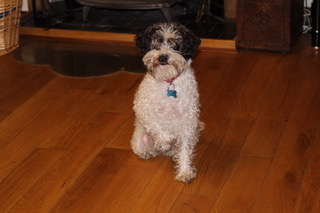 THANKS GAYE!  The last bit did make me laugh! This is all really useful feedback and I love the tip about peeling the little onions.  Next time I make this I will definitely use Rump Skirt.  I like the idea of asking the butcher for that!

Add pearl onions, re-cover, cook about 1 & 1/2 hours longer (or until meat is fork tender).  Meanwhile, slowly brown mushrooms in sweet butter, and add these to stew during last few minutes of cooking.  Remove cover to allow moisture to evaporate and sauce to thicken during last half an hour of cooking.  Baste meat and vegetables several times.  To serve, remove bouquet garni, adjust seasonings, and reduce the sauce if necessary by cooking rapidly over high heat.  Serve the stew in its cooking dish (or arrange the meat and vegetables on a heated platter) with parsley-buttered new potatoes (or noodles) and pass the sauce. 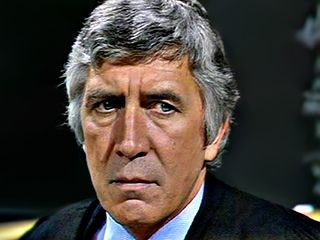