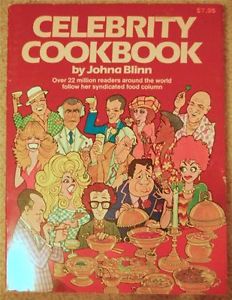 But despite my 8 years of trawling around the internet for film star recipes I have only just found out that she wrote another film star related cookbook “Great Performances in the Kitchen”.  It’s great.  I was very excited to get it in my mitts recently thanks to the Godsend that is ebay. 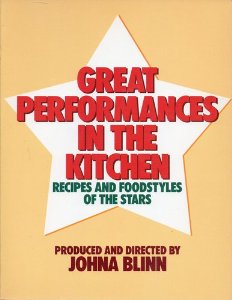 I don’t know much about Johna but it was great to stumble upon this great blog post over at EatFoodWatchTV.  Look at that matching blouse and hat combo!  Genius. She interviewed so many stars about the food they liked.  She was the Kevin Brownlow of celebrity recipe writing!

I’m going to do more research on the net to try and find the motherlode of her articles.  The books must just cherry pick, and I would place a bet there are some great stars that I am a fan of that didn’t make it into her books.  Current Holy Grail for me is Vera Miles… 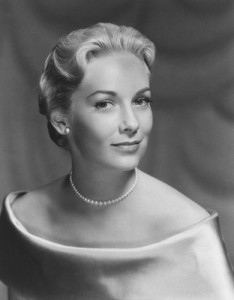 My bestie Cathy (aka Battenburg Belle) had a Curry Pot Luck dinner on Thursday so I decided that rather than take the easy route and rustle up my favourite (Basil Rathbone’s India Curry) I would try a new one.  So tonight I made Peter Finch’s Curried Lamb Sumatra from the aforementioned Johna Blinn book.  It took me a while, basically because I made the garam masala from scratch as per his directions and this involved lots of scrabbling around in the spice cupboard looking for fenugreek and getting on the step stool to get the Temple Big Pan down from the top of my kitchen cupboard as it has my surplus MASSIVE BAGS OF INDIAN SPICES sealed with elastic bands stored within. 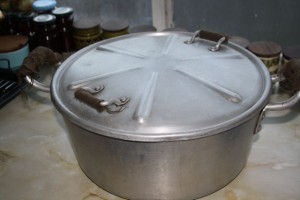 I’ve got into the hoarding habit with spices now that my jam jar collecting has been curtailed.  I begrudge paying £2.99 for a dainty glass spice jar of ground ginger when I can get an carrier-bag-full for much less dough in the “ethnic foods” aisle of my local cathedral of shopping.  This does of course mean I have masses of spice hanging around my house.  But I used up a fair amount in Peter’s garam masala I am pleased to say.  It’s made masses of the stuff so a certain someone might get some in his Christmas stocking I think. 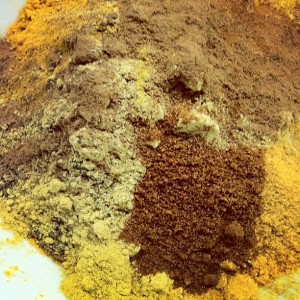 The curry is maturing right now.  I’ve had a little taster and it’s pretty good.  I think if I make it again I’ll use a different kind of apples though.  The Granny Smiths aint no match for the windfalls Becky gave me that I used in the Basil Rathbone curry.  I think cooking apples are the way to go, the Granny’s didn’t soften up much. 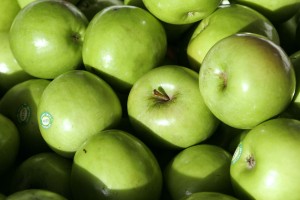 I’m not going to type up Peter’s recipe because I am in the stress tank about everything I have to do at work and in my home life before Christmas.  I am waaaaaaaay behind.  If you would like the recipe just email me via the contact page and I’ll send it on.  I should probably get some sleep at some point this week….

Oh, and a TEN BOY CURRY PS…  Probably only of interest to anyone as obsessed with this phenomena as I am… 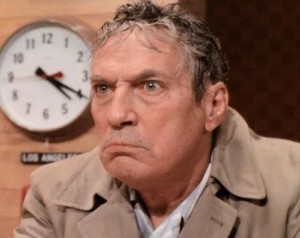 Cooee Peter – you are the current King of the Ten Boy Curry.  You would need 28 boys to bring all of those in to the dining room!  Majestic.