You know when you walk from your kitchen to your bedroom to go and get something, and when you get to your bedroom you’ve forgotten what you went there for?  I felt a bit like this about Peter’s Pork Chops.  I made them ages ago, and forgot to write about them.  Then I found a couple of frozen portions and had them when Mr Rathbone came over one Friday night.  We scoffed them with some green beans, but do you think I could remember anything about them when I sat down to write?  No, I couldn’t! 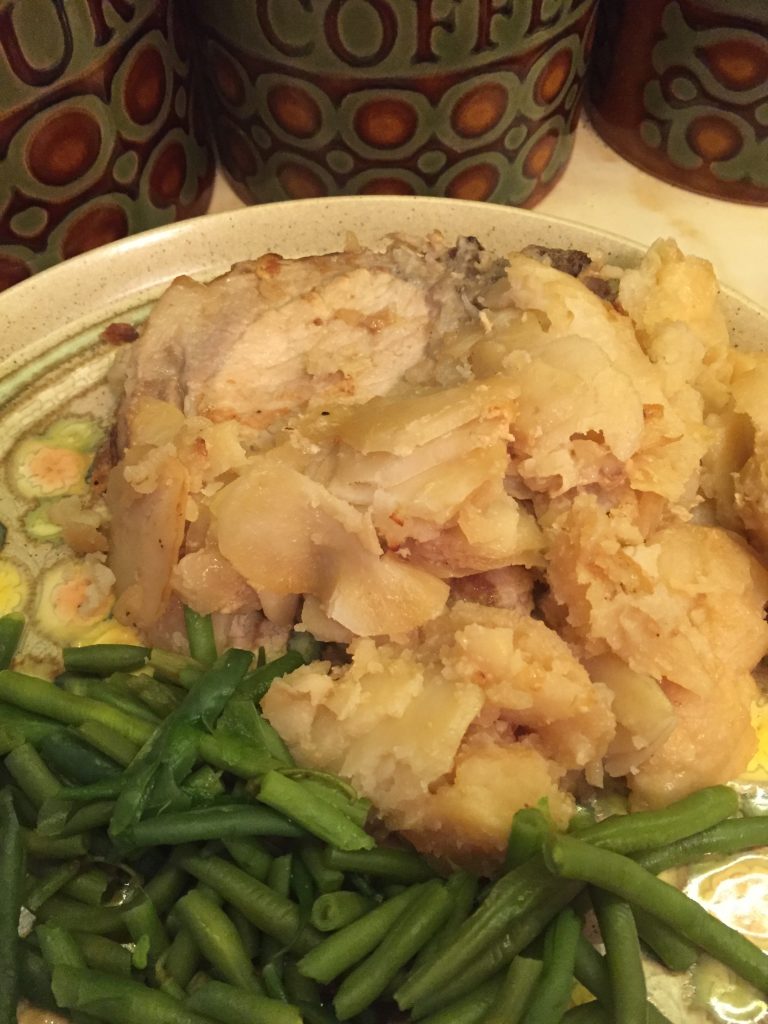 But today, I stumbled upon a piece of paper with a few scribbled notes on.  Apparently, I had said: “potatoes have a slightly porky flavour” and Mr R had said: “serve with mustard, gives pork a lift!”  Also (and I do actually remember saying this) on the way home from the traditional couple of pints in Quinns after work on a Friday, coming up my four flights of stairs, in anticipation of Peter’s dish I said: “all I need is a pee, a beer and a chop!”

Stop press: just asked Mr R: “Do you remember anything about Peter Lorre’s Pork Chops?”  His reply, quick as a flash and with emphasis: “They were NICE.”  So there you go! 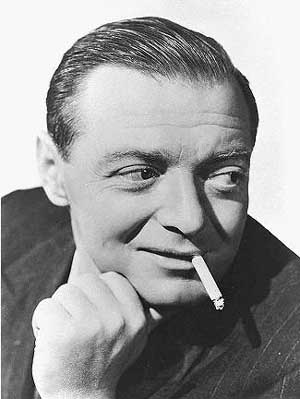 Cut all the fat from the chops. Dice the fat then fry the cubes in an iron skillet or frying pan. Season the chops with salt and pepper and brown on both sides in the rendered fat. Cover the bottom of a greased casserole dish with potatoes, then alternate layers of the chops and potatoes, ending with a potato layer.

Add the flour to the remaining fat in the frying pan, and brown it thoroughly. Pour in enough of the milk to make a very thin gravy, with which you cover the contents of the casserole. Cover and bake for one hour. About five minutes before the dish is done, remove the lid to let the potatoes brown nicely.

Put the green beans in a saucepan with just enough water to cover. Add the cubes of crisp, browned fat from the frying pan, along with two tablespoons of the liquid in which the meat has been browned. Cook slowly. This method gives them a delicious flavour.