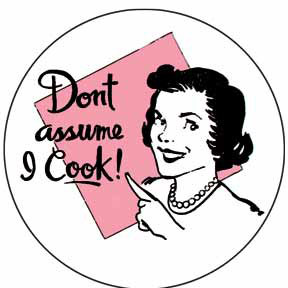 Last Saturday afternoon she came up from Hove and while I was pottering around the kitchen, she did a thing that only best friends can do, defrosted my freezer. 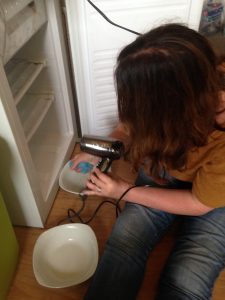 As regular readers may know, I bought myself a stand alone freezer a few Christmases ago because I generate a huge amount of “leftovers”, test cooking recipes for this project.  Also I am a HOARDER and can’t throw anything away.  My insistence on cramming as much soup, singleton portions of casserole, heels of bread and spare chicken livers into each drawer, has resulted in the top one being frozen solid for around a year.  I’ve attempted to defrost the freezer myself several times to no avail, hairdryer in one hand, yanking the frozen up drawer with brute force with the other.  I cracked the drawer in the process.  Heather was not to be defeated though and she managed to do it.  What the hell was in there? 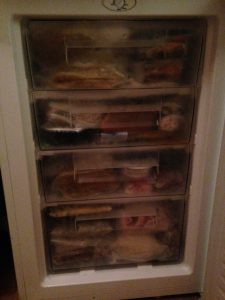 Basically, two ready meals that I had bought in April 2015 “in case of emergencies” which we subsequently ate for our dinner, and many, many many flat-frozen-one-person-portions of Garbage Soup. 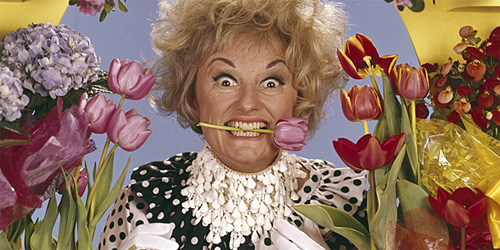 It’s basically what I make every few weeks with all the bits and pieces of vegetables I have knocking around in my fridge, stressing me out with their “I’m going to go off soon” attitude.  I chop them all, stick them in my soup machine with some beans or chick peas or lentils, and make Garbage Soup.  Portions of which, then fill up my freezer…

On Sunday, not content with having conquered the frozen rock solid top drawer of the big freezer, Heather decided she’d do the little one on top of the fridge too. 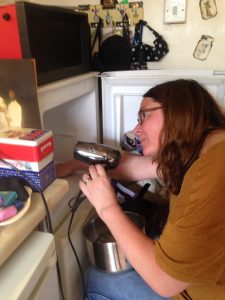 That really IS full of nonsense.  She came over a bit Bishop Brennan as she was pulling stuff out of my freezer, attempting to identify it and trying to get me to throw some of it out. 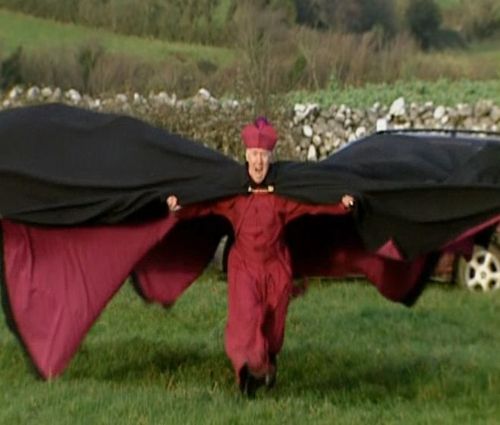 “What the hell is this?” she said, holding up a bit of parmesan rind.  “That’s for soup,” I replied, having read somewhere or another that it was good to add parmesan rind to soup for flavouring, taking it out before serving.  There are three or four parmesan rinds in my freezer.  Don’t tell Heather, but I have never actually put one in some soup.

I’ve just found this over at A Thrifty Mrs though, so it’s given me food for thought… 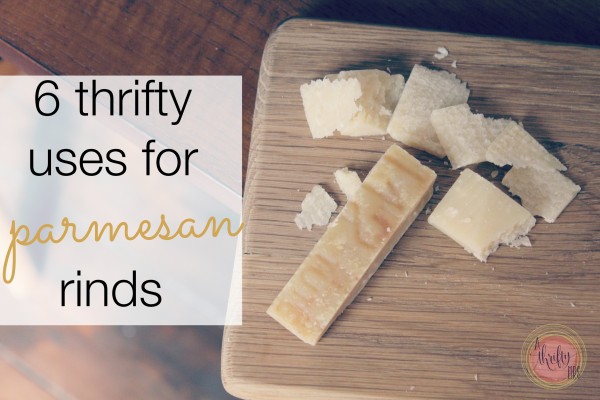 Ever sensible, Heather made a list of what was in my top freezer so that I might actually eat some of it up. 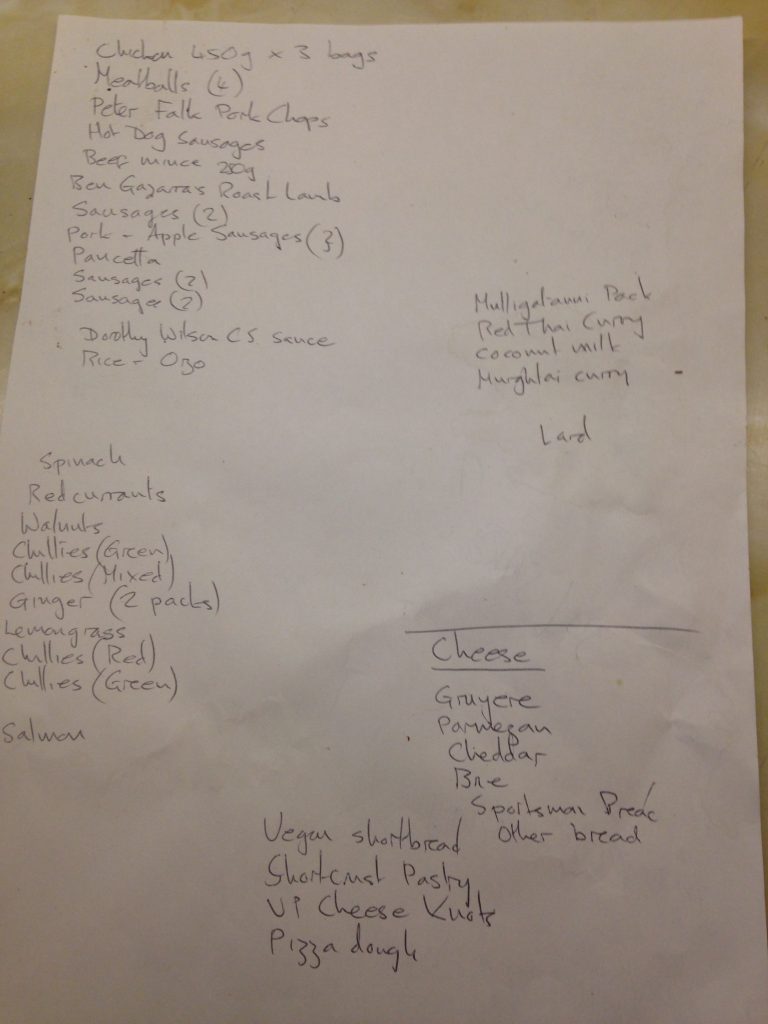 I love the fact that Peter Falk’s Pork Chops are snuggling in there with some of Ben Gazzara’s Leg of Lamb as they were chums in real life.  I also like the way Heather has put like with like on the list so I can see there is a VAST amount of cheese to eat up, and I have 9 sausages of varying types.  LARD gets its own section.

I’ve been trying to be better about scribbling on the freezer bags both the date of freezing and contents.  But as my handwriting is appalling there were some brilliant moments as Heather tried to decipher my hieroglyphics.  I was unable to translate the thing that looked as if it said Rumpelstiltskin, but I loved the fact that Heather thought that Garbage Soup was Goldfrapp Soup. 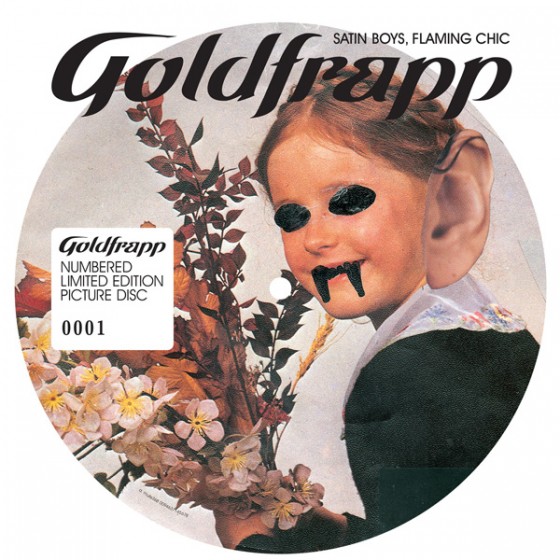 So here, my friends at LAST is what you have been waiting for while I have rambled on about Heather defrosting my freezers.  Phyllis Diller’s Garbage Soup recipe.

You cozy up to your butcher (I hope he looks like Cary Grant, he probably doesn’t) and ask him for a soup bone. This will thrill his body. Nobody asks for a soup bone. How many people own a Great Dane?

You take this home, and this is the beginning of Garbage Soup for the week, this is:

Drop in the bone. Forget the Great Dane. Let him find his own butcher.

From then on – all leftovers go into the soup – with the exception of pickles and Jello. Make sure you chop leftovers fine and be sure to keep adding juice from all cooking or cans opened … including salad leftovers with dressing! Remember, when frying any kind of meat, rinse skillet with water and throw it in Garbage Soup.

Remember, anything boiled is sterile, germless and the flavor is fantastic.