This was a hit with the King of Chow Mein.  With me too.  I was pleasantly surprised at how good this was. 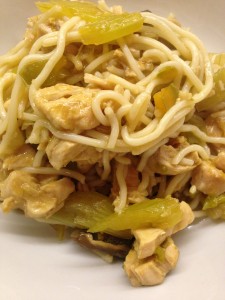 Tonight was a momentous night.  The grand finale of series two of The Rockford Files.  So I cooked Chow Mein for my ex who first of all trotted up the stairs with some milk for tea in a plastic jug, then went downstairs again and came back up with two carrier bags of 78rpms for me. There was some good stuff amongst them, including a few cowboy ditties and some 1930s British Hawaiian tunes.  These are the two things I collect, so I’m very happy.  I like the sound of the double A-side yodeling songs too. 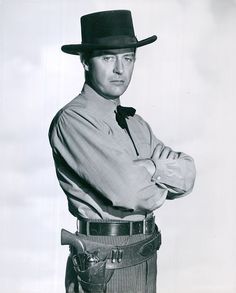 Ray Milland was a cowboy?!

Although Vic and I were together for 8 years, it’s now about 10 years since we split.  We live in the same building and see each other every couple of weeks.  Despite all of this, I’ve totally forgotten what his food dislikes are.  But I know one thing for sure.   He likes Chow Mein, because this is what he always has when he has Chinese food. 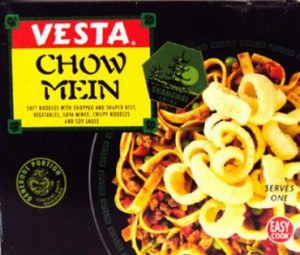 I’ve never made Chow Mein, it’s easy (well, Ray’s version of it is)!  Vic liked it so much he asked me to teach him how to make it.  But really, all you have to do is follow Ray’s recipe.  Simple!  I did everything as suggested, except I halved the amount of salt.  A teaspoon of salt each seemed rather a lot… 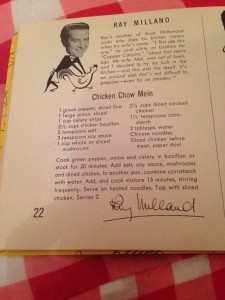