If I remember rightly, Richard O’Sullivan gets to live with two hot single chicks in “Man About the House” because he sleeps overnight in their bath after a raucous party and in the morning cooks them a rather fabulous hangover curing breakfast. 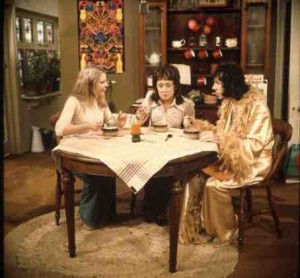 He did quite a bit of cooking in that show from what I recall, and then of course he got to do more in “Robin’s Nest” where he ran his own restaurant – well, it was 1977 so I should probably call it a bistro. 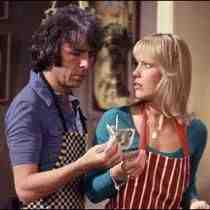 So I guess it’s no surprise that there is a Richard O’Sullivan cookbook and because he was in some movies in the 1950s I feel he is absolutely justified in finding a home here at Silver Screen Suppers Towers.

I am also greatly in awe of him because in “Dick Turpin” he breathed the same air as my very first heart-throb SWIFTNICK. 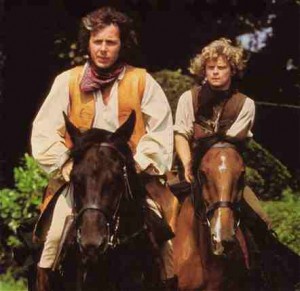 I’ve spent a week following Richard O’Sullivan’s recommendations for a week of survival living – basically for young bachelors who don’t know how to cook.  It’s been very odd.  Rather than say too much about the food, I thought I would let the pictures speak for themselves…  SOME of it was good…  I switched the dinners for Monday and Tuesday night as Cathy pinched my chipolatas for her Toad in the Hole. 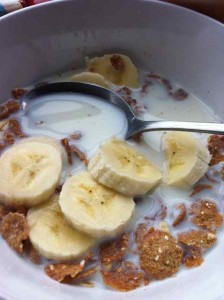 Cereal with milk and half a banana. 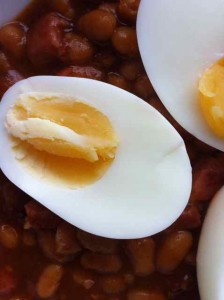 Curried beans with bacon and eggs. 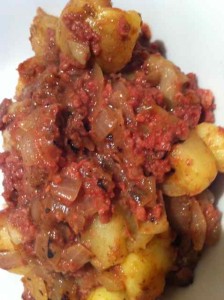 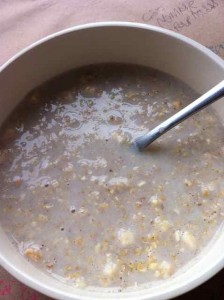 Porridge with apples and cinnamon. 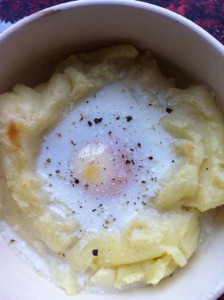 Smash with an egg – known to Richard as a “Robin’s Nest”. 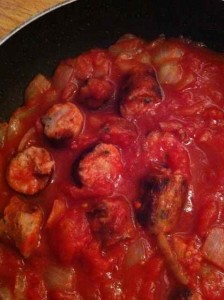 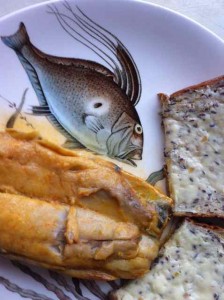 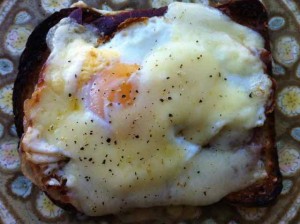 you get to eat the dishes you have made after the course.

So this is NOT a Richard O’Sullivan recipe but I now know how to joint a chicken – yippee!

My drizzling skills need improvement though… 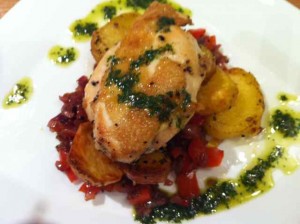 Roasted Cornfed Chicken Supreme with Pepperonata, Confit Oregano Potatoes and Basil Oil (Richard’s recipe for supper on day 3 was mince and onions with a bit of Marmite mixed in and some Smash on top…) 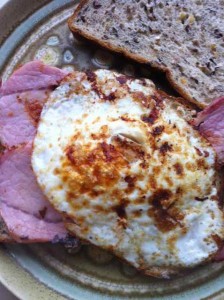 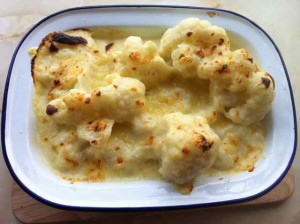 I was too full of cauliflower cheese to have the 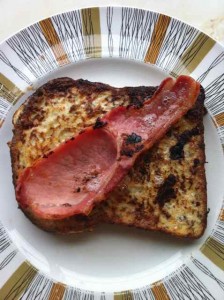 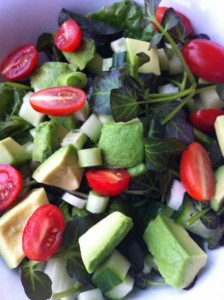 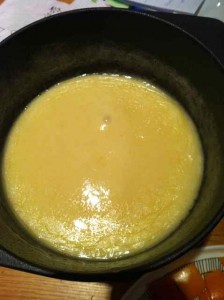 Fondue – Cathy made this to Richard’s specifications but used kirsch instead of brandy and added some lemon juice. It was divine. Jessie invented some forfeits. 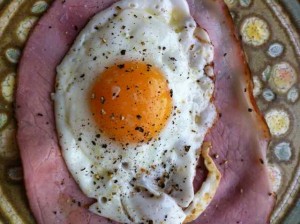 Ham and egg.
That’s all…

I was out and about for the rest of Saturday and most of Sunday with my friend Ben but the finale was: 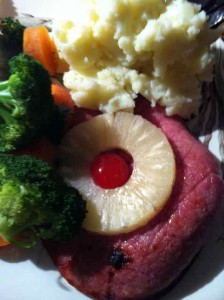 Ham and pineapple with
a cherry on top…

When I told my ex Vic what I was planning for dinner he said, “sounds like what I had for tea in 76” and was round like a rissole to reminisce.  Ben came too and the three of us enjoyed what Vic called, “old skool holiday camp food” – he was sure to tell me after he’d scoffed it all that he’d really, really liked it – he was very serious about that.

It was a lovely end to my fortnight’s holiday to be in the company of two people I love dearly.  They both admitted that they were probably the kind of men that Richard wrote his cookbook for – they stick to a few things they know how to cook and don’t branch out much.  When I said to Vic, “well, you’ve seen how easy that was to cook, do you think you’d ever try to make it yourself?” he said, “no, I’d rather come round here and have you make it for me.”  Ha ha!  Well those two are welcome here anytime, and they have promised to cook something for me too at some point.  I remember fondly a night at Ben’s place where he rustled up some meatballs from a recipe written on a bit of a cereal packet and  I know for a fact that Vic has his own copy of the Man About the Kitchen cookbook.  Maybe he’ll make me one of the meals I missed – hopefully not Horse Noodles though…

Ta ta Richard – your book is going back on the shelf for a while now! 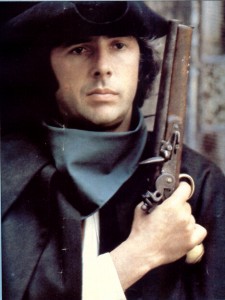