Vic came round for his tea the other day, and is our tradition, after eating, we watched an episode of The Rockford Files.  Well, I use the term “watched” loosely, as I fell asleep on the sofa almost immediately after Jim’s answerphone message… 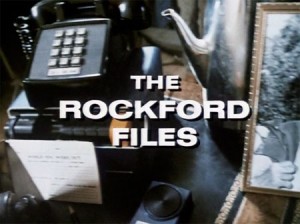 We’d had Risë’s Chicken Paprika which was delicious.  Maybe a bit lardy for today’s healthy eating brigade, but we liked it!  My picture is rotten, but as you see, there’s some Richard Arlen’s Buttered Cabbage a la Maryland in there too… 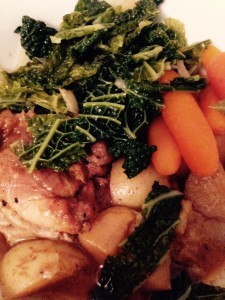 Some of you will know, that my ex Vic lives in the same block of flats as me.  His flat is through a different entrance so a few stairs and a walk across the lawn is required.  In an amusing turn of events, it looks as though he might be moving into a different flat in the block.  It’s exactly the same as my flat, just three floors below.  He is threatening to come round for dinner EVERY night.  I am threatening to play jungle music so loud that he’ll hear it through the walls. 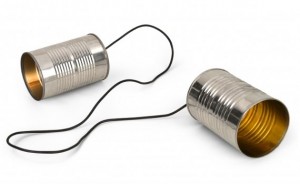 I love this picture of Risë with a silver rose… 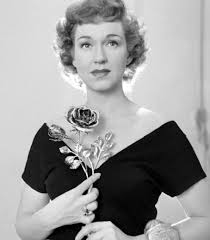 …and have to admit that I have become somewhat obsessed with flowers over the last few weeks as I’ve been doing a flower arranging evening class.  Yes, really!  I am Renaissance Woman!  Wanna see what I made? 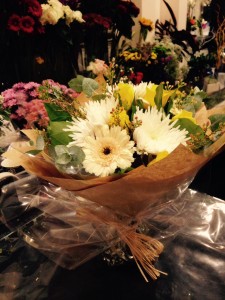 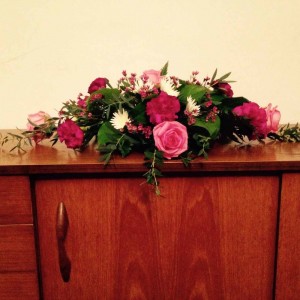 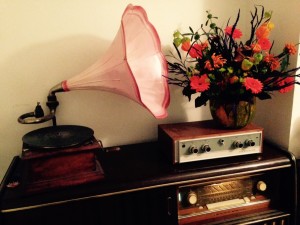 Week 3 – Halloween arrangement in a pumpkin! 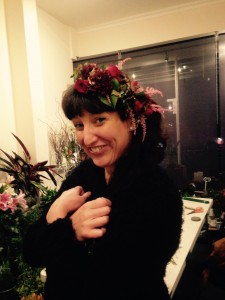 Week 4 – a rather fetching floral crown

If you are local to me, the classes are held at The Blossom House in Crouch End.  Lisa of Daring Buds was my genius teacher.  They’ve got some Christmas themed classes coming up.  So wish I could go.

But anyhow, you want Risë’s recipe don’t you?

I like to study cookbooks and to collect recipes while on tour.  When I return home, I try them out.  This one has called for encores from my family and friends.

1 chicken-bouillon cube, dissolved in 1 cup hot water – add, cover and cook until all is tender.  Remove chicken and potatoes.

Note: I used a little less flour and salt as I didn’t think 5 chicken thighs were quite as much as a whole chicken, but did everything else the same.  Me and Vic ate ALL the chicken.