Ooh, it’s been quite a week with two hangovers involved, both due to nights out with Battenburg Belle.

On Wednesday night we had an amazing time at the Silver Screen Cuisine event at the Everyman Cinema in Islington.

Others have written about it more eloquently than I could, and some great pix are here…  It was a glorious mixture of booze, food and a movie.  DIVINE.  The evening was organised in conjunction with Celebrity Cruises which has given me a hankering to sail the high seas again.  I had such a good time when I was a guest lecturer on the Oriana talking about Joan Crawford! 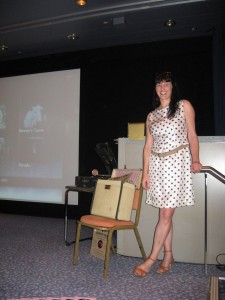 Then last night, I had a gorgeous curry at BB’s with Angus and Clive and the gramophone.  Both lovely boys had 78s for me, and we played those with titles that we liked the sound of.  The Bumble Boogie was mad, as was Phil Morrow’s Flying Saucer.  We all did a rousing rendition of the Okey Cokey complete with arm movements (but not legs, as we were sitting down).  That one will be permanently in my Shellac Sisters box. 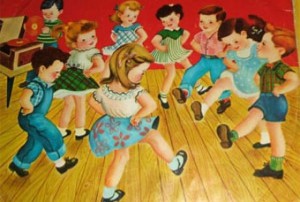 Suffice to say, when we 5 get together, I get smashed.  Hence today I had a hangover.  So I made these.  Robert’s recipe paraphrased and in pictorial form follows… 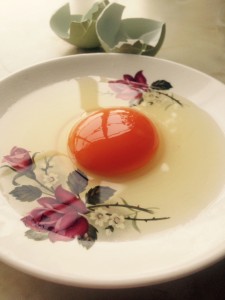 Break eggs one at a time into saucer then slide into sizzling butter in frying pan. 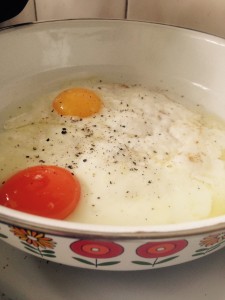 Cook eggs without breaking yolks until the bottom begins to set. Add salt and pepper and scant teaspoon water and put on lid. 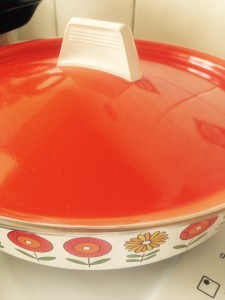 Cover tightly until eggs cooked to preferred state of done-ness. 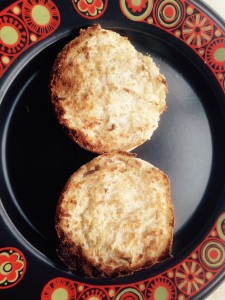 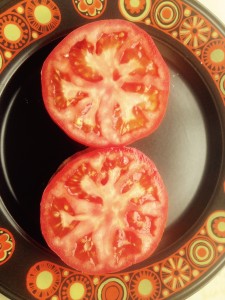 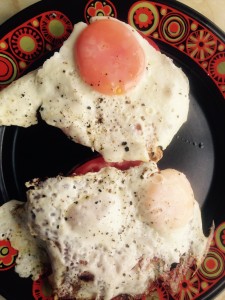 Pop eggs on top and scoff.

Did these Infamous Eggs cure my hangover?  Yes they did!  Thanks Robert! 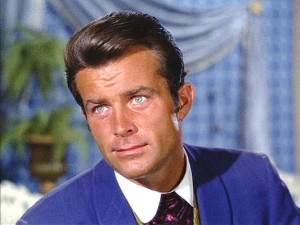