This is my absolute FAVOURITE Silver Screen Suppers dish.  Out of the many hundreds I have made, this is the best.  Sanja and Sasa loved it too.  Sanja is my friend from Belgrade.  She cracks me up, as does her brother Sasa.  Nights at their place always involve a lot of food, and a lot of booze, and a lot of belly laughs.

I take a LOT of photos, and my very favourite photo is this one of Sanja after she burned a hole in an oven glove whilst cooking my dinner a few years ago…  It makes me laugh every time I see it. 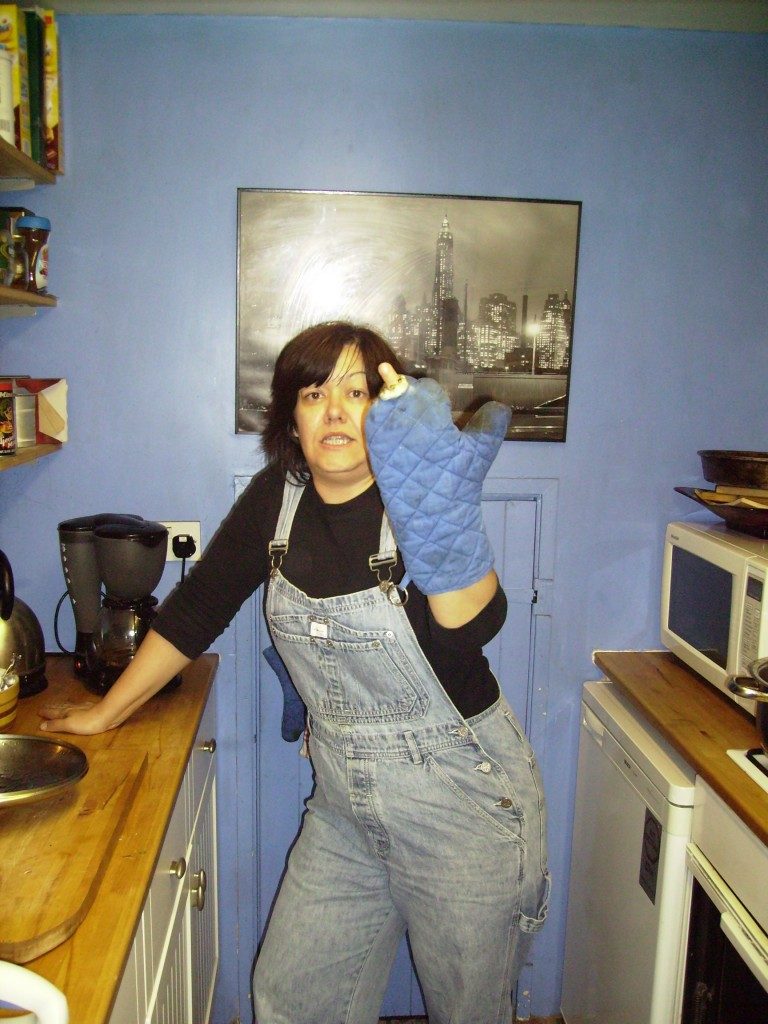 Here, in Sanja’s own words, is her verdict on the big treat that is Ross Martin’s Beef in Anchovy Cream.  My favourite bit is where she says that after she and Sasa ate two thirds of this recipe, they were “in the process of huffing and puffing on a sofa.”

Thank you for your brilliant feedback Sanja.  I am going to fiddle around with Ross’s recipe for the Cooking With Columbo book as per your suggestions.

There is still time to volunteer to test cook a recipe for the book – I have extended the cooking deadline to the end of September.  Click here for a list of recipes to choose from.  The test cook who was going to make Laurence Harvey’s Chicken Pie has just gone vegan, so that one is definitely up for grabs!

Recipe worked – it was delicious! Easy to cook and could be served in many ways I think – with pasta, rice, mash, chips, boiled or sautéed potatoes, veg, gnocchi… would be fantastic with any of those. I served it with broccoli and rice on the side and it was brilliant.

Used sirloin, bought a big chunk and cut it at home. Wasn’t sure which cut to use, looked up chateaubriand and there were two options – filet or sirloin. Went for sirloin as it is a cheaper one – sorry. Will definitely try it with filet in the next few weeks and report back, not only for your benefit but because it was fantastic and I want to repeat it asap. 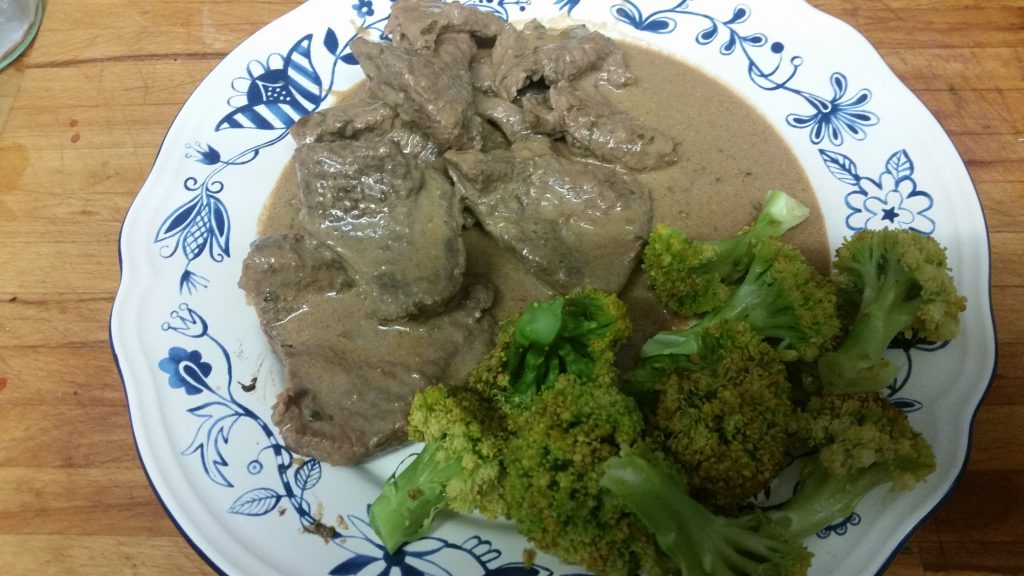 1/8 inch = 3.3mm, very thin indeed. Are you sure that is the required thinness? Felt bad about slicing such a brilliant piece of meat that thin – might be me though, always feel bad about chopping a steak. I did cut it as thin as I possibly could – managed about 5-7mm each. Also, I’ve sliced it from a sirloin into very thin steaks and then later wondered if I did it right. Maybe I was meant to slice it into thick steaks and then into ribbons, like for Stroganoff? Think it would be good to have better instructions on cutting the meat. 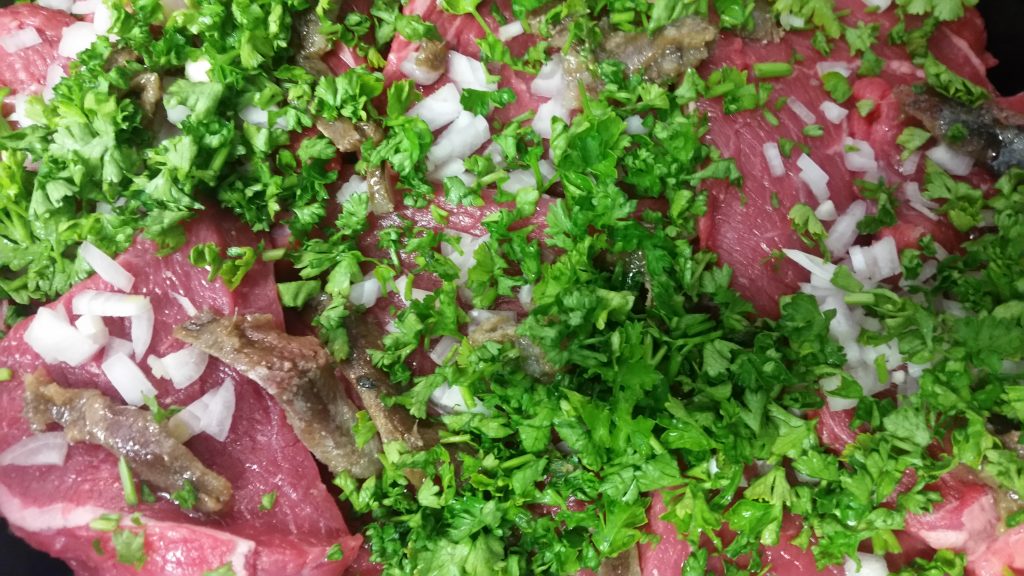 Followed the recipe throughout except for cooking time. Measured everything in cups as I don’t have precise enough kitchen scales for it. Assumed that a cup is 2dl/200ml so I think that should be ok. 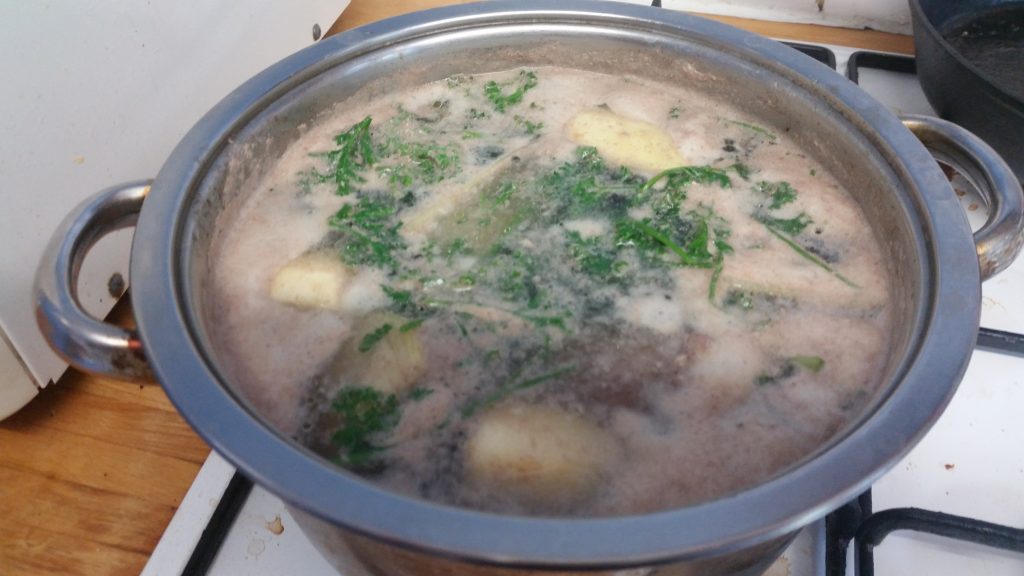 Cooked it with lid on for required time and there was a lot of liquid in there, none escaped, sauce felt a bit thin. Also, felt the meat was a bit tough after that time (perhaps not tough but was a bit rubbery when fork inserted) cooked it further until I was happy with it (fork went through easily and meat broke apart) and that took about half an hour more.

Last half an hour cooked with lid off to get rid of some liquid and was happy that sauce thickened nicely. Not sure how it should have been done (lid on or off or party covered) perhaps you could explain further. 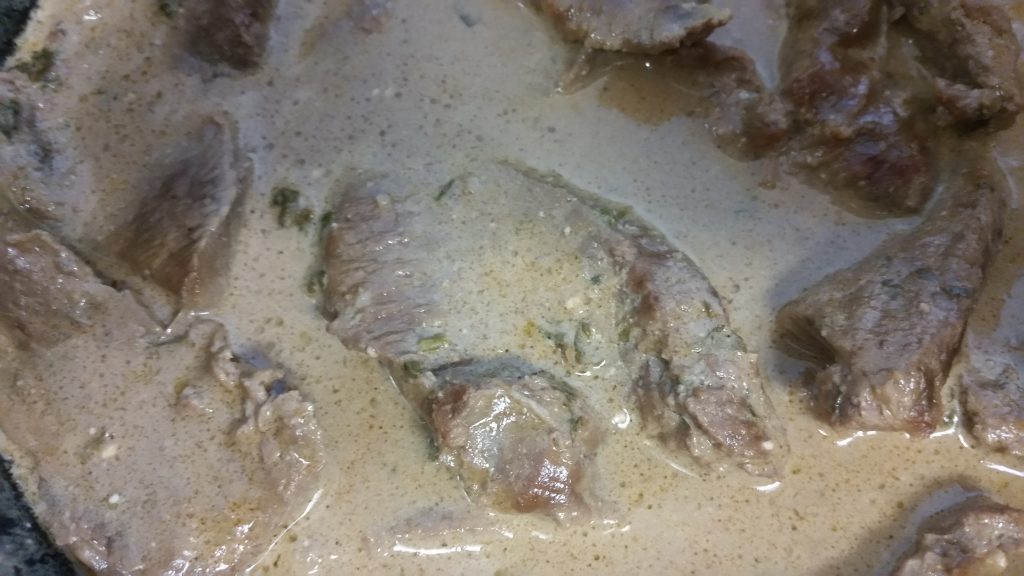 Used mild paprika, a teaspoon, though not heaped. Used very good Spanish paprika, think it made a difference. Next time will try half mild, half hot, to spice the sauce a bit, think it would work well and it should not be too spicy with all that cream.

It would definitely serve as many as stated – four as one (very filling) course or six at a dinner party with starter and desert. Having said that, Sasa and I munched about two thirds and are in the process of huffing and puffing on a sofa. Whatever’s left can be enough for two normal size portions with some mash and greens so I’ll freeze it for later day. 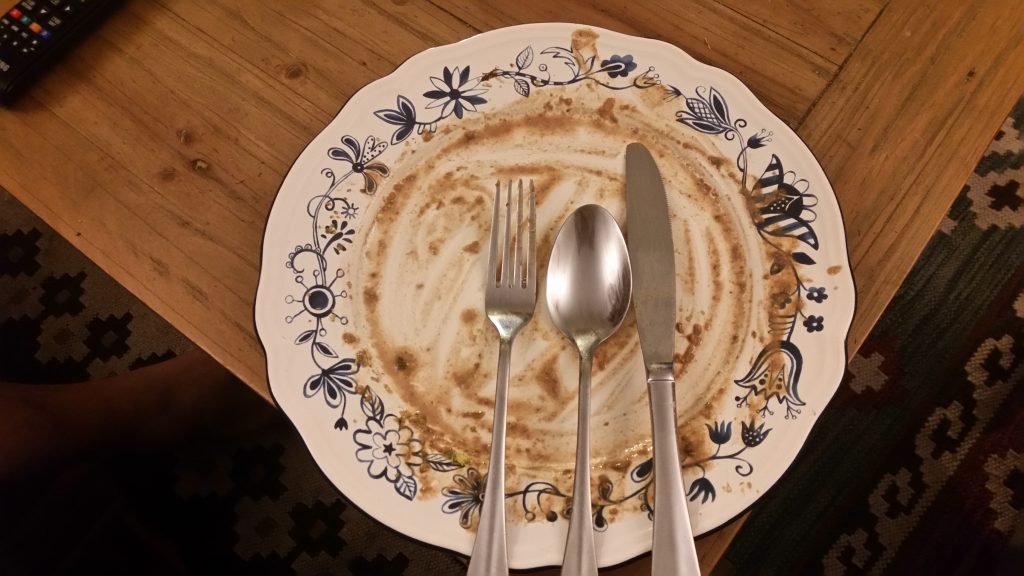 All in all – can’t wait to do it again with filet.

p.s. I have a feeling this recipe might work quite well with duck and a touch of tarragon.  Skinless duck legs perhaps? Just a though… 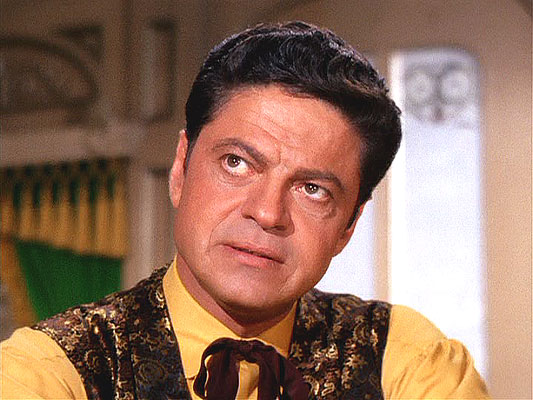 Ross says YES!  If you fancy making this dish, the recipe is at the bottom of this post – let me know how it turns out and if you love it as much as me, Sanja and Sasa!