Mmmm – I like!  This is, I think, the final of the core 69 recipes I’ve settled on for the episode specific dishes in the Cooking With Columbo book.  Sam Wanamaker directed the Grand Deceptions episode, and this is the recipe I’ll be recommending.  Unless, maybe, I can get hold of Robert Foxworth and persuade him to tell me what his favourite recipe is… 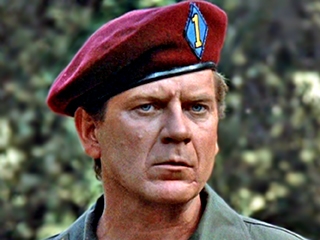 I think that apart from Hayley Mills’ Prune Bomb, I have tested everything now.  My trepidation about the Prune Bomb is a bit like Julie Powell’s (she of the Julia Child Mastering the Art of French Cooking project) fear of boning a duck.  I fear the Prune Bomb.  But it will have to happen sooner or later… 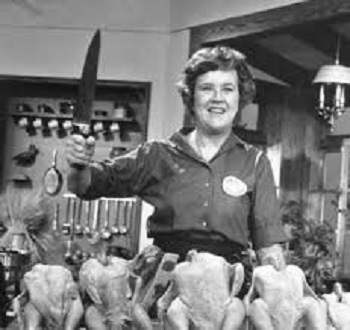 This however, was fun to make and delicious to eat atop two sourdough pancakes.  I am not getting all groovy in my old age, I just have loads of sourdough starter knocking around and I hate wasting it.  Hence pancakes. 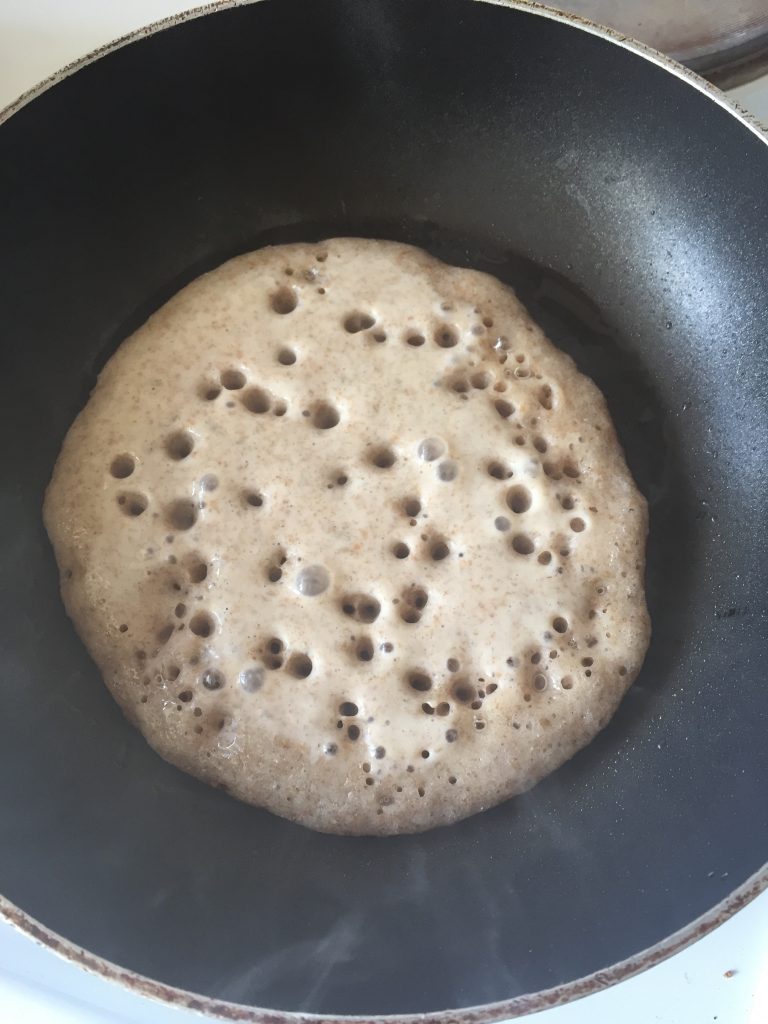 Sam’s recipe follows.  I did things a little differently as I didn’t have jam jars big enough for halved pears so I chopped my pears up into small pieces.  I also cooked this overnight in my slow cooker rather than standing over the stove and stirring it.  I’m guessing this resulted in a runnier preserve than Sam’s would have been, but it’s going to be great on porridge or ice-cream… 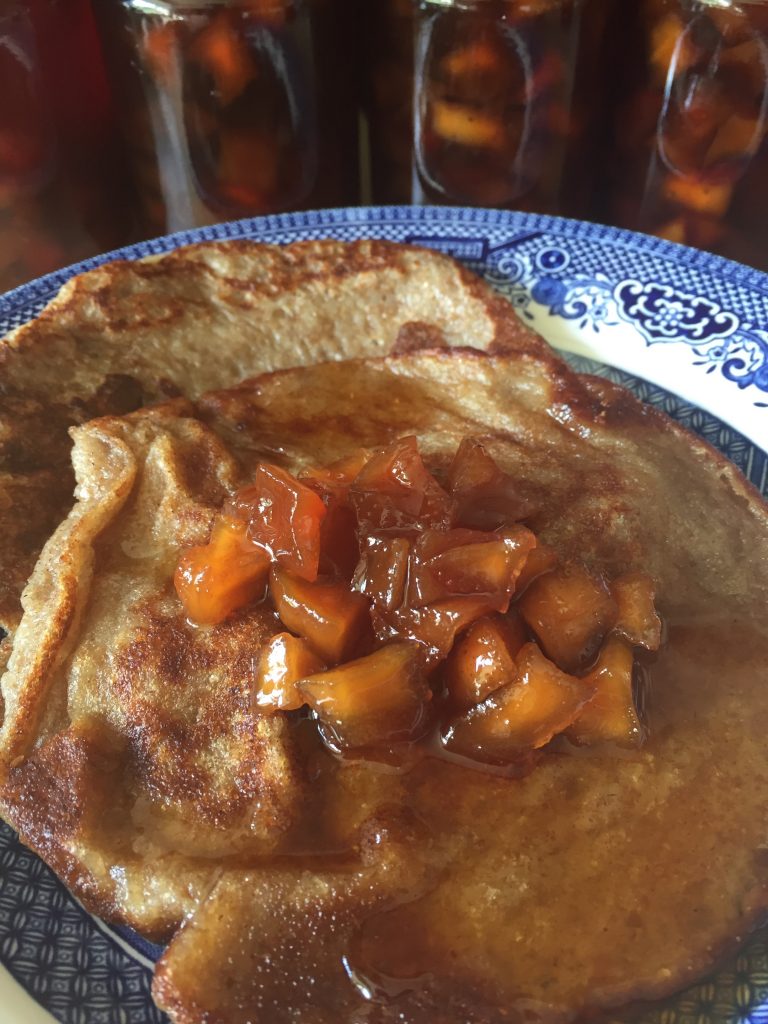 It was certainly very good on pancakes – mmmm, Christmassy – thanks Sam! 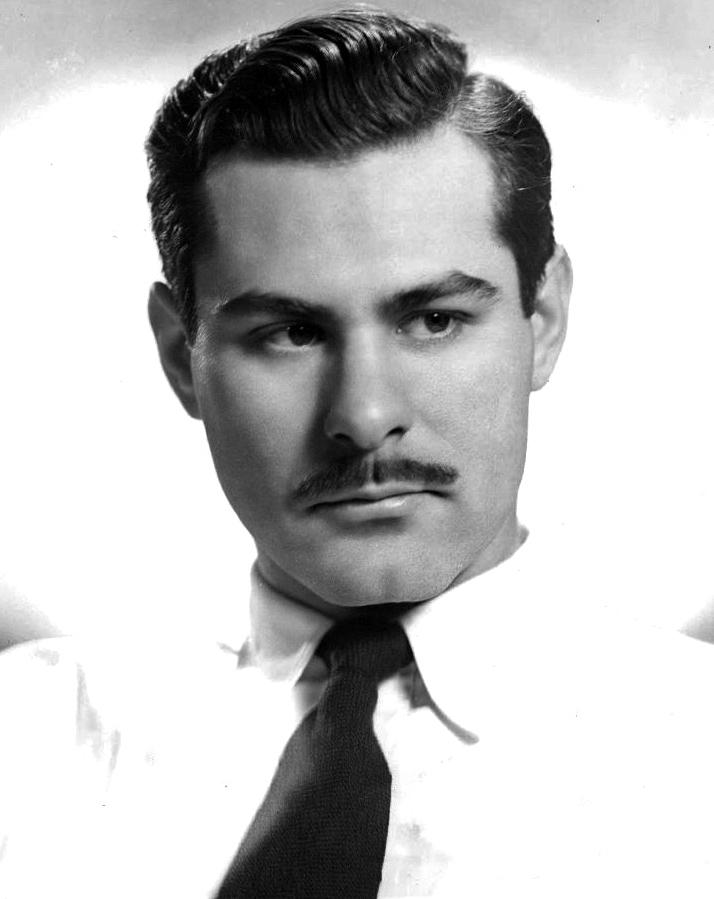 Peel the pears, cut them in halves and remove cores with knife.  Put the halves into a basin and sprinkle them with the sugar, lemon juice and lemon rind.  Leave overnight.  Next day add the cinnamon and cloves.

Pack the preserves into a large oven-proof casserole and place in a slow oven (300 degrees F / 150 degrees C / gas mark 2) till pears are tender.  This will normally take about 6 hours.  Take the casserole out of the oven, pour in the brandy to taste, and leave to cool.

Transfer into jam jars and cover with polythene.  Keep for three months before use.