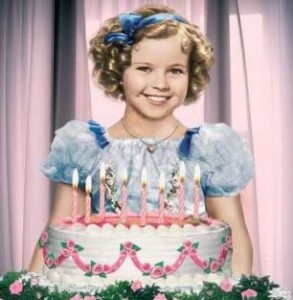 Apologies for my ranting and raving yesterday. I felt so bad about leaving the blog open on a downer like that I got up early to make some of Shirley’s Pecan Squares before work. I believe that my sister of the skillet refers to these as “Shirley Temple’s Goddamn Pecan Squares” as her two attempts to make them failed. I blame the altitude she was cooking them at, as mine were scrumptious.

My diagonal desk mate proclaimed them “good enough to sell in shops”, my next door desk buddy was “eating them like they were going out of fashion” and the lovely noodle watcher Michael sent an email which I hereby repeat in full.

“Of all the film starry fancies you have made and done brung in, I think Shirley Temple’s Pecan Squares, are the tops so far.”

So there you have it. The little munchkin done good.