Divine!  As is tradition, while we are on our holidays on beautiful Mersea Island, staying in this fab fisherman’s cottage… 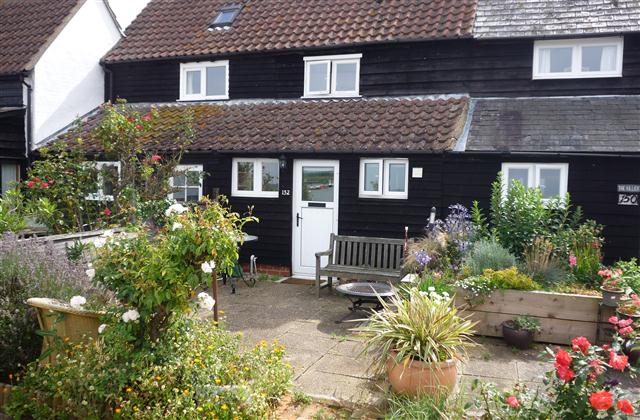 we always buy freshly caught fish from the jetty, and make something film star related.  This recipe was a BIG HIT.

I know nothing about fish, and to be honest, am rather nervous about cooking them, but when I am here, right by the water, I always decide to just go for it and stop being such a sissy.  We checked on Facebook what the catch of the day was before heading down:

I like the typo “Rock Eek” instead of “Rock Eel”, as it reminded me of my friend Gaby who speaks a bit of polari and is known to say on occasion: “Vada to bona your dolly old eek!” which I think means something like “it’s nice to see your lovely old face.”

It made me laugh out loud when I read the wikipedia entry about polari  It’s defined as a type of slang used in Britain by “actors, circus and fairground showmen, professional wrestlers, merchant navy sailors, criminals, prostitutes, and the gay subculture.”  My kinda people! 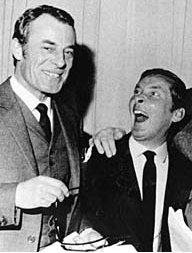 Anyhow, back to the fish.  Sophia recommends “a good sized fish:  a bass, porgy or sea perch” for her dish.  As I say, I don’t know much about fish, but I do know that Dover Soles, Skate and Flounders are all flattish fish, and I figured from the recipe that we’d need a more meaty fish.  So I got on the Google and looked up Red Gurnard and decided that if we could get hold of a couple of those, they could be good for Sophia’s recipe.  Check out the mad fish that is the Red Gurnard! 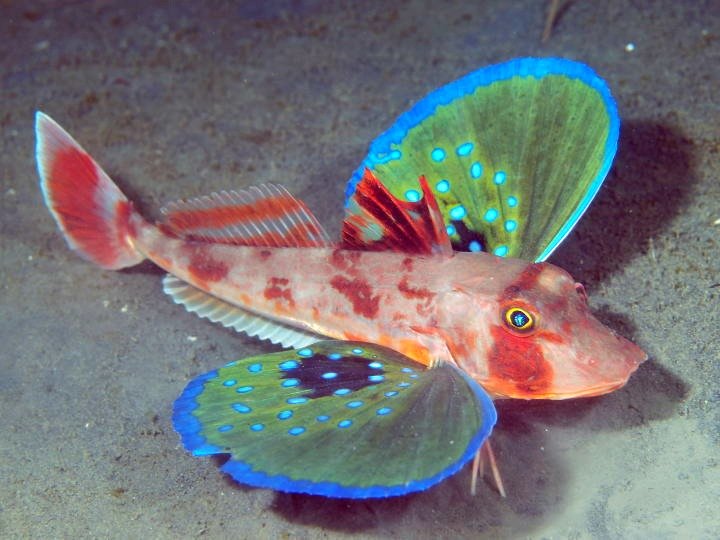 For reals!  No kidding!  Luckily, we managed to be second in the queue at the jetty and scored ourselves two… 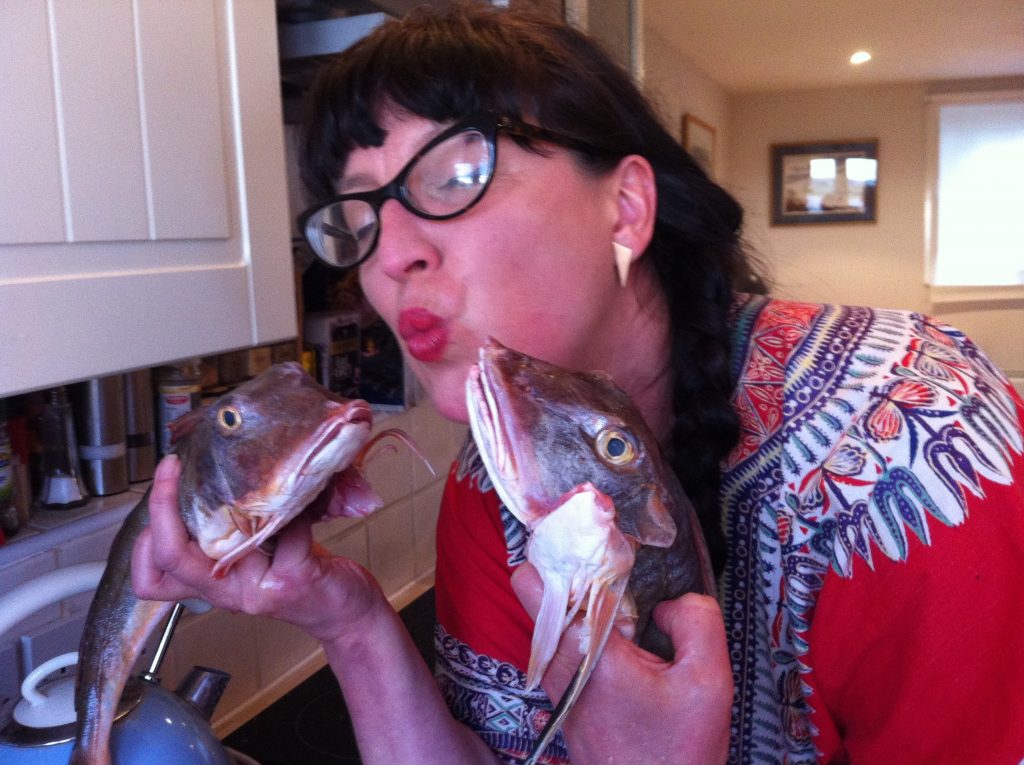 I followed Sophia’s recipe almost to the T – although I didn’t add any octopus or prawns.  It was GOOD GOOD GOOD! 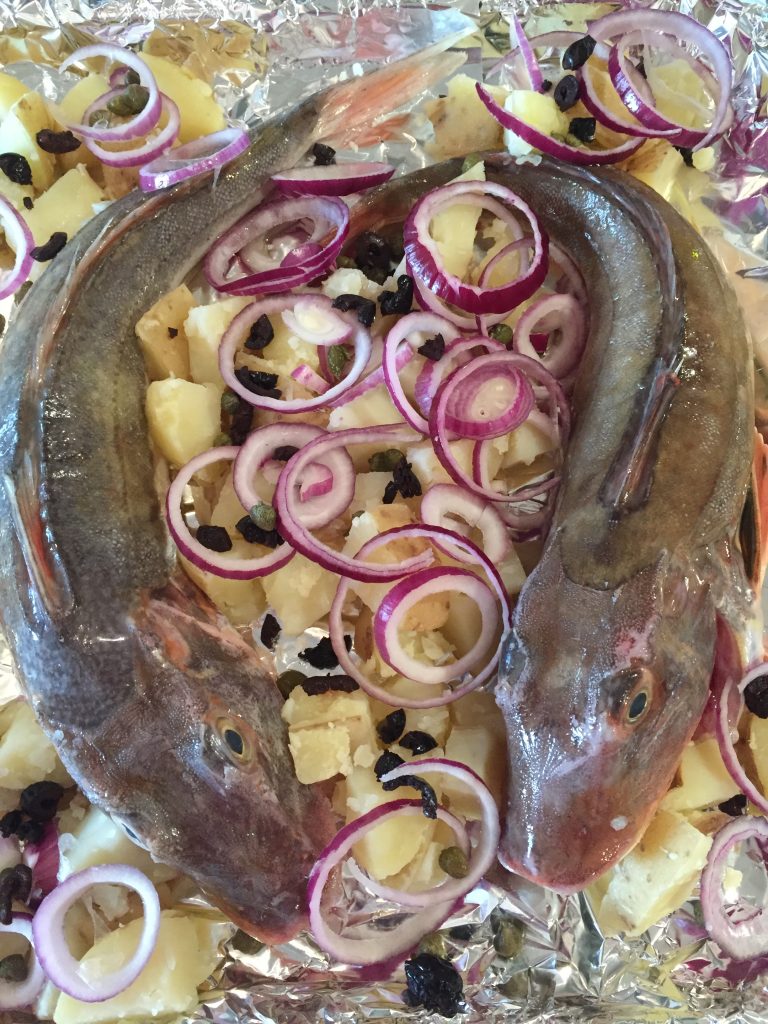 We christened the Gurnard Bernard and Bernard.  Mr R shot some video footage of me putting this dish together which I’ll edit and bung up on the blog at some point. But for now, here’s Sophia’s recipe.  Wholeheartedly recommended by the both of us, with this note about the fish from Mr R: “It’s got to be a meaty fish, otherwise you’d end up with a spine and some fizzle.”  I know exactly what he means. 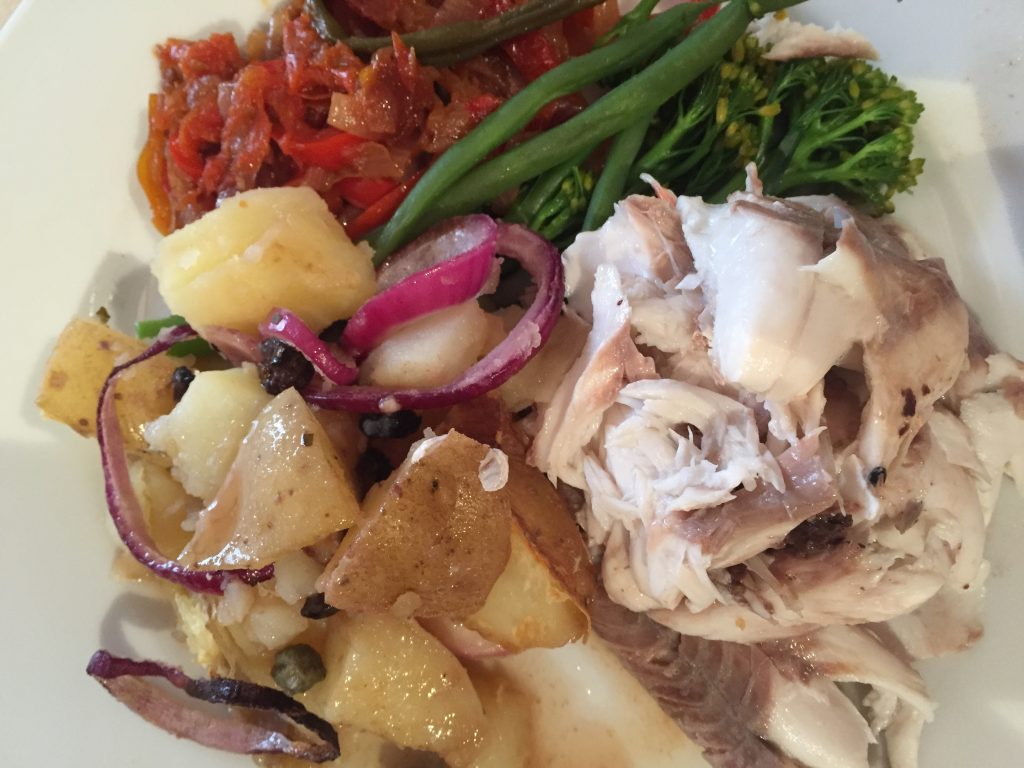 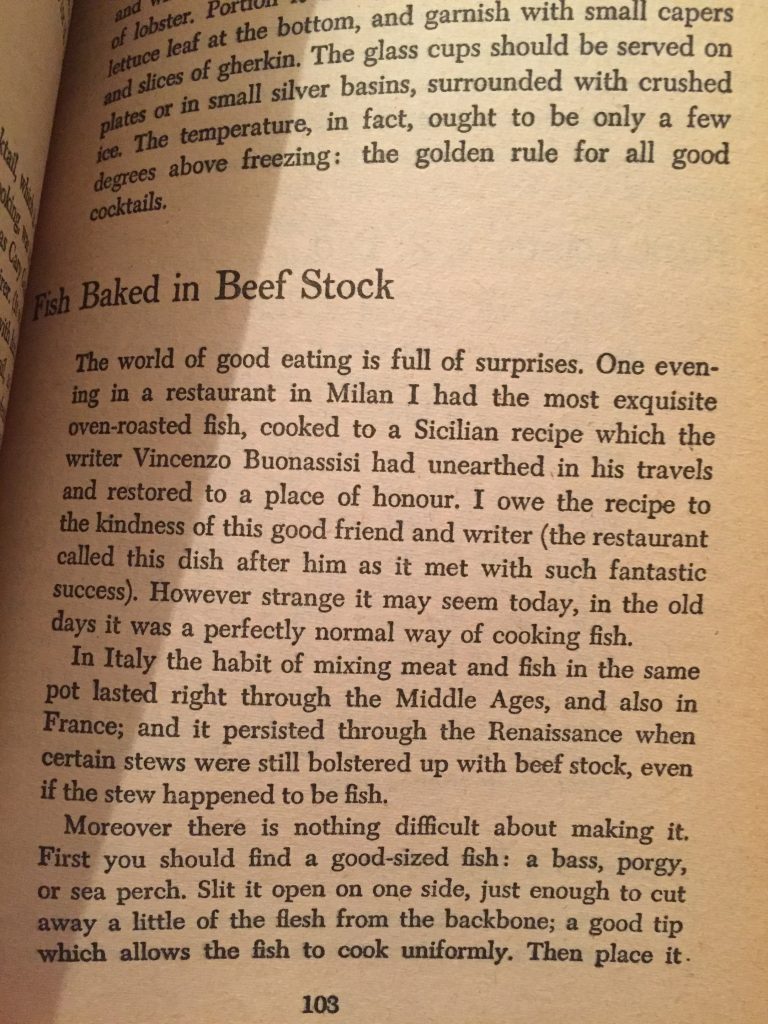 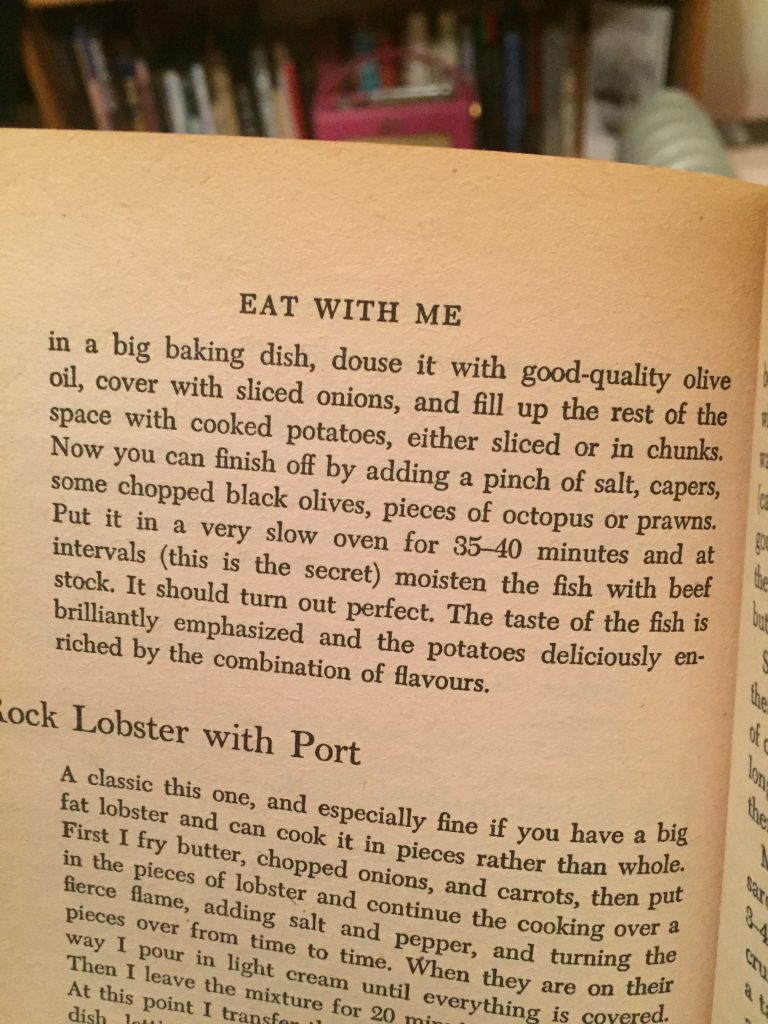 Thanks Sophia!  I love the book this recipe is from: “Eat With Me” and really want to cook more from it.  Sophia DEFINITELY knows what she is doing in the kitchen. 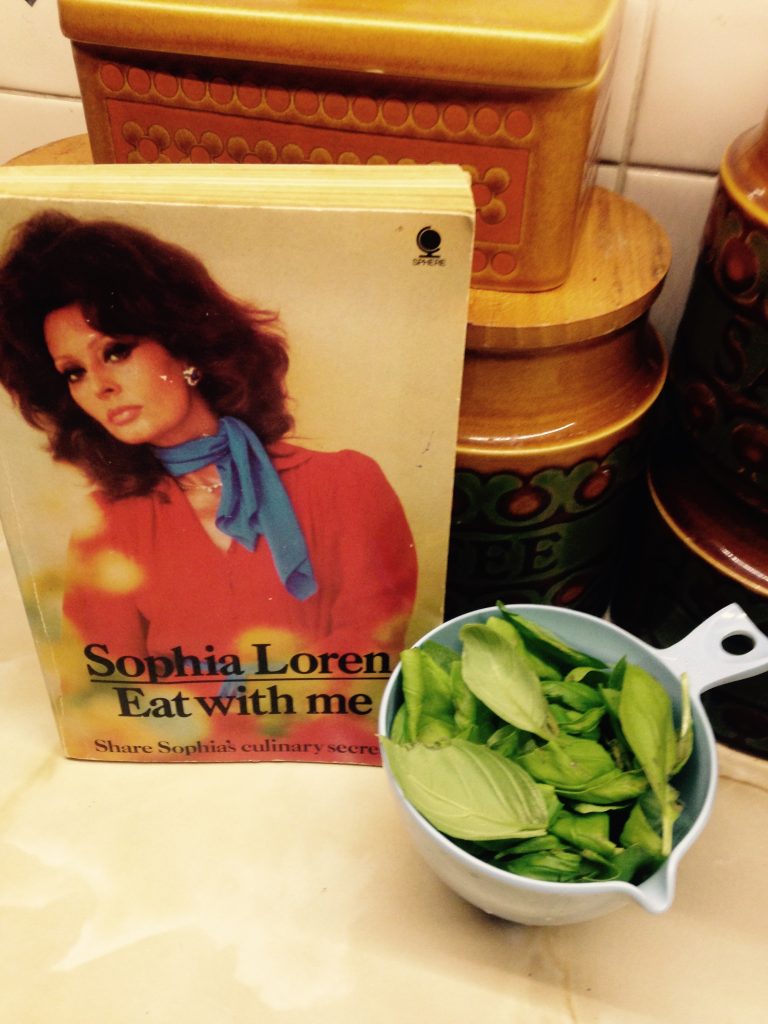 and, as I have mentioned before, Sophia is absolutely, without a doubt, the most beautiful woman ever photographed with a million different foodstuffs…   I did gather some together when I made Sophia’s Pizza Alla Napoletana so you can see those here  My favourite of them all I think, is this one of Sophia eating jellied eels: 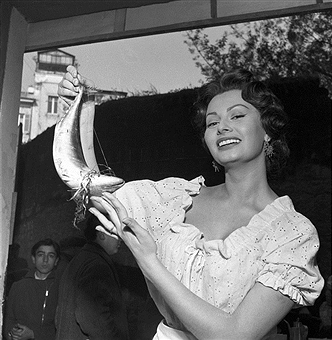 I believe that there are EELS in this tin… 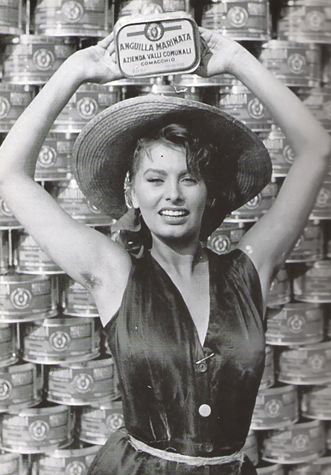 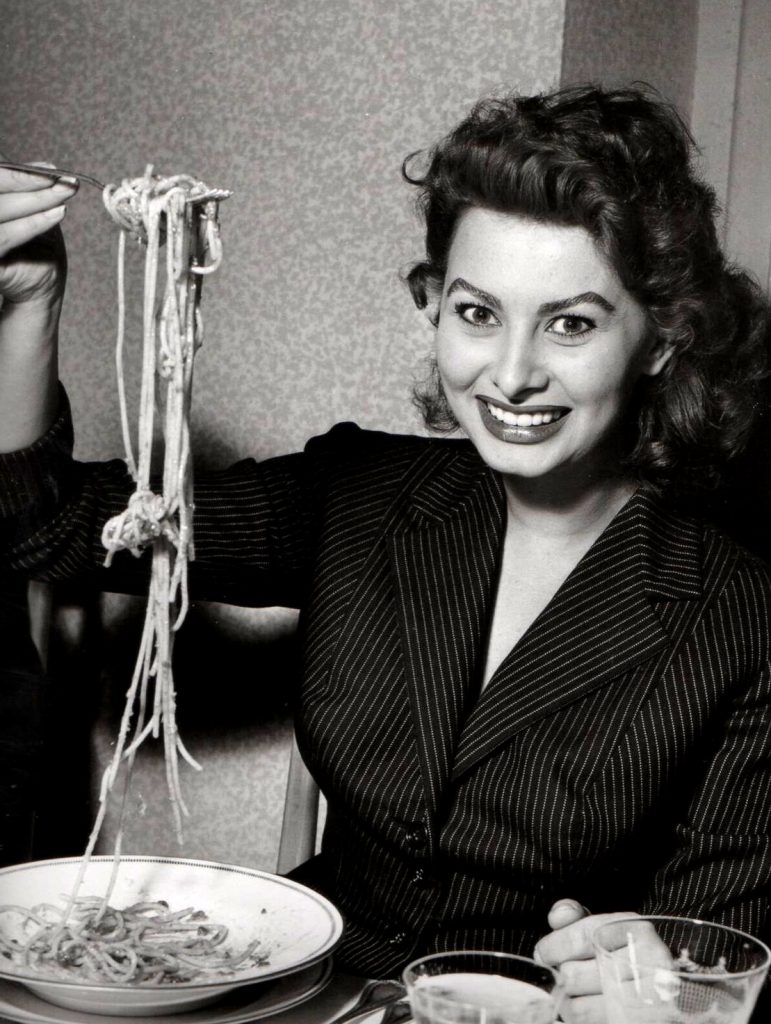