Here’s a test cook report from my lovely writer chum Sarah Broughton in Cardiff.  I don’t see Sarah as often as I would like, but I’ll never forget when we spent a long weekend working on our short novels during NaNoWriMo (National Novel Writing Month) many moons ago.  I hope I’m not breaking the official secrets act to say that Sarah has been working on a MARLON BRANDO related book and it’ll be out soon.  I’ll keep y’all posted.  Any excuse to post up a pic of Marlon. 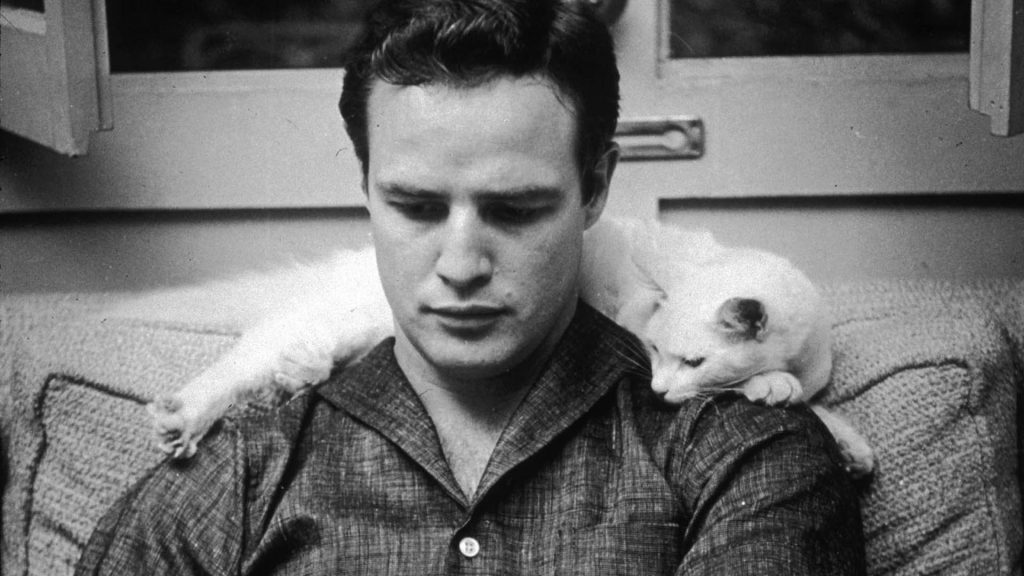 In the whole Silver Screen Suppers collection of over 7,000 recipes, I don’t have a single one for Marlon…

Used an M&S all butter pastry case (sorry for cheating but as I was serving it to people other than immediate blood relatives – though they too were sampling – I couldn’t risk my hopelessly inadequate pastry-making on them. This was a good, quick alternative.

The filling is very runny – I would recommend putting it on the most accessible level shelf in the fridge – the slightest tilt and it goes everywhere! But it tastes DELICIOUS! I only stopped myself consuming the entire entrails of the bowl when I reminded myself I was eating raw egg mixed with whole milk plus sugar – and I have high cholesterol…

After removing from the fridge I customised it with the zest of 2 limes. I also have to confess to accidentally whipping the double cream and having to pop to the Co-op for another batch which worked very well being splodged on WITHOUT WHIPPING.

I have to say it is the easiest dessert I have ever made! 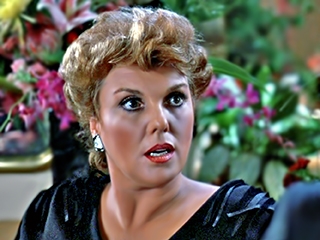 Comments from the book group tasters… (the book, BTW, was Paul Beatty’s ‘The Sellout’) 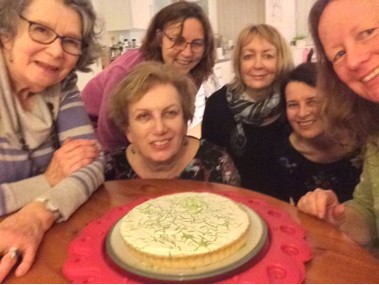 Consistency is fantastic
Nice and zingy
Properly limey
Could have been lime-ier
Tart & sweet
Very nice
Lime zest good addition.Further comment from niece Jess and her boyfriend Jon
I give it a D – for delightful! (Jon)
I really like the lime zest on top – and the cheesy bit (Jess)

Thanks so much Sarah for testing this recipe on all your willing victims.  It is indeed a lovely easy dessert.  Here’s the recipe – appearing with around 100 other movie star favourites in the Cooking With Columbo cookbook – coming soon! 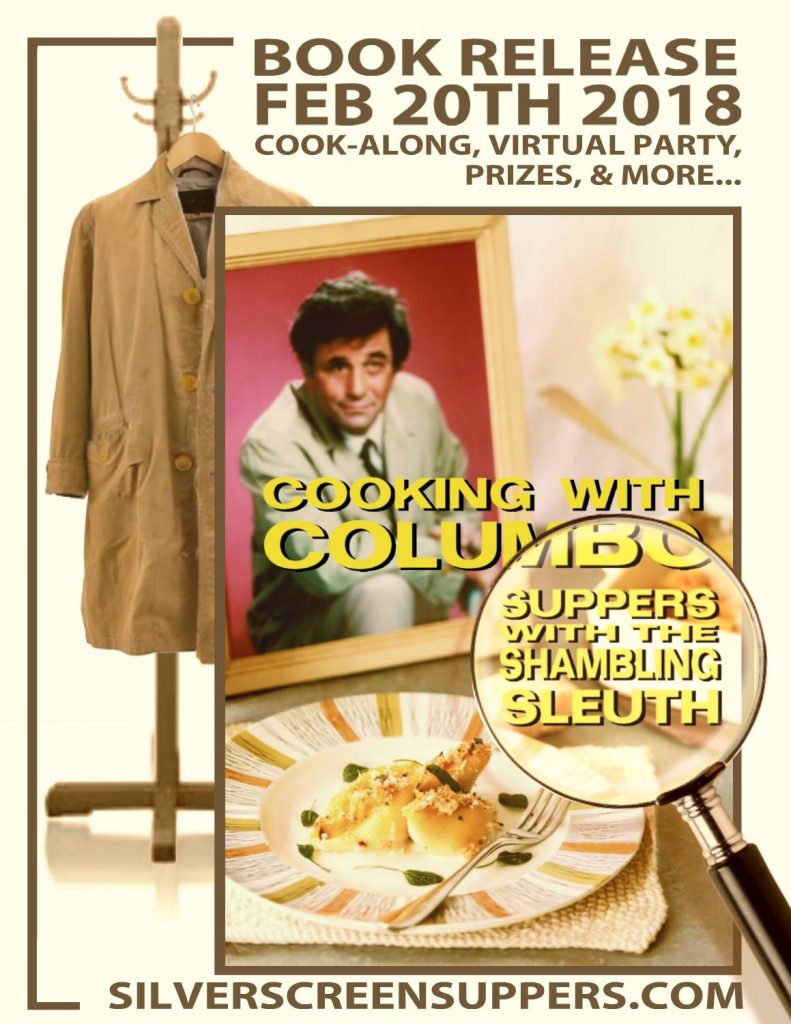 In a large bowl, whip the egg yolks and sweetened condensed milk. Gradually beat in the lime juice. Pour into the pie shell and chill for 6 hours. Whip the heavy cream and spread over the pie.

Whip the egg whites until they form stiff peaks. Whip in the sugar 1 tablespoon at a time. Pile on top of the pie. Brown for 3 to 4 minutes in the oven. Let cool.

A reminder that I’m running a cook-along to celebrate the book launch, and the 50th anniversary of the first Columbo going out on TV – all the details are here – absolutely everyone is invited! 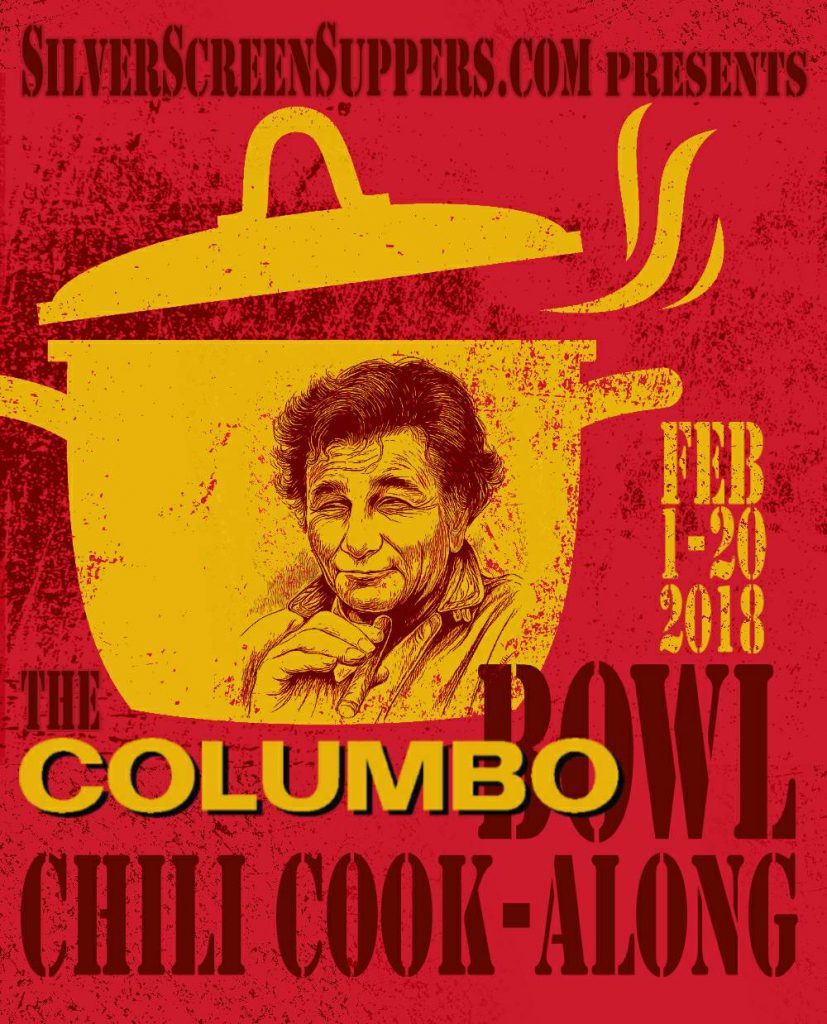