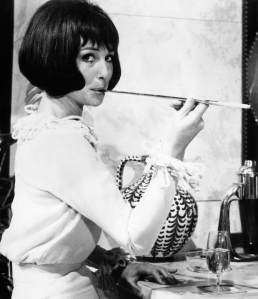 The breakfast smoothie season is over.  I have transitioned to overnight oats and it will soon be porridge a go-go.  I live in a very drafty 1930s flat and it gets so cold here in the winter I need HOT FODDER for breakfast for most of November through to March as I shiver and shake in my massive jumpers and fingerless gloves.  Might knit myself one of these… 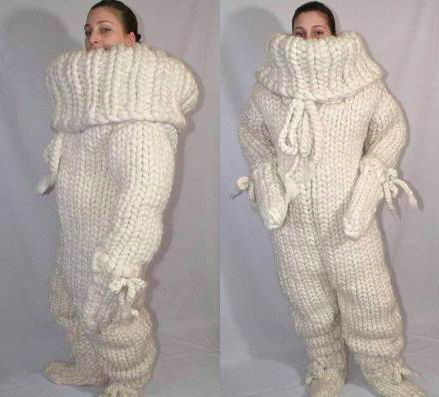 Una’s recipe is a little gem in my opinion.  It is so easy, that even my foggy brain can remember the ingredients and ratios. 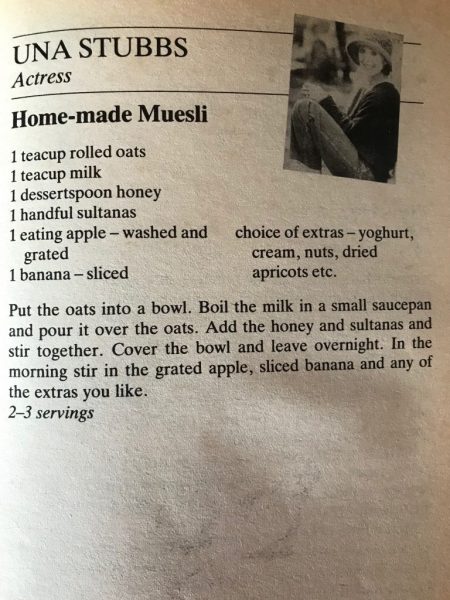 I love the process of soaking the oats overnight and then in the morning adding apples, bananas and whatever else you fancy.  In my case, usually yoghurt some chopped up walnuts and cinnamon. 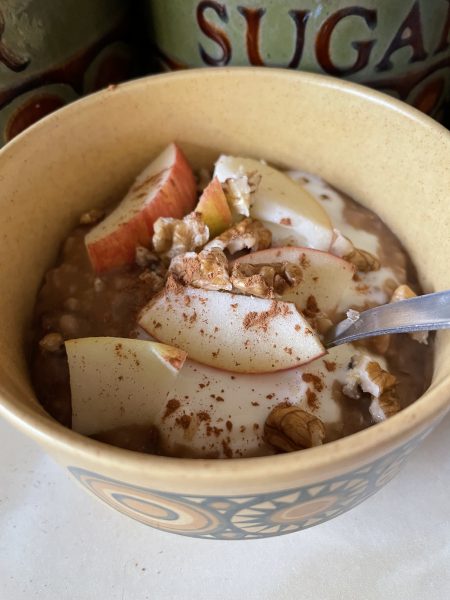 I usually use date syrup instead of honey because my runny hunny always ends up rock hard in the winter, thus it’s hard to mix in. 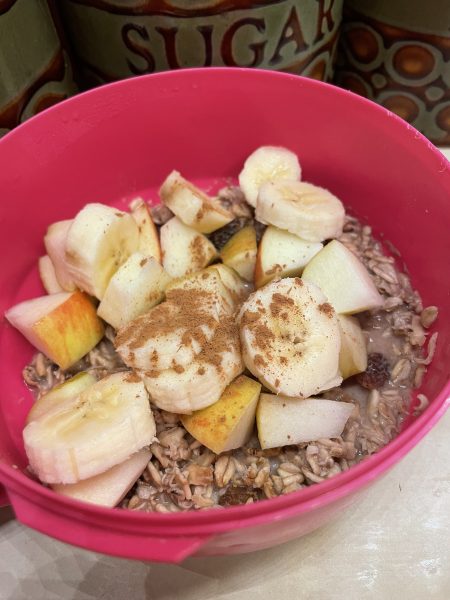 I would’t recommend steel cut oats for this though.  I tried this recently and they were still like little bullets after hanging out with the milk all night.  I stuck the whole mix in the slow cooker on high for a few hours which did help.  But be warned if you want to try steel cut oats, they seem to need a lot more milk than the bigger fellas.  I ate this batch in the communal garden – yum! 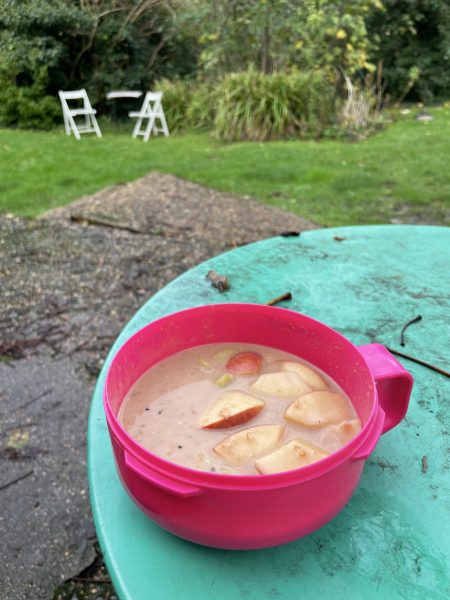 When I discovered Peanut Butter Overnight Oats chez The Minimalist Baker in 2018 my mind was blown.  What a GENIUS IDEA.  Then when I tried Una’s recipe (published in a cookbook in the 1970s) I more or less convinced myself that it was UNA who invented overnight oats.  Although in my heart I know that they were probably invented by Mr (or Ms) Bircher…

I could go down a research rabbit hole finding out more about Bircher muesli but I’m not going to.  I will just say this.  Una’s recipe is simple and can be adapted all kinds of ways.  If you take her basic mix and add peanut butter and chia seeds you will have something very similar to the aforementioned Peanut Butter Overnight Oats – with sultanas in.  And if peanut butter and sultanas/raisins are OK for Lieutenant Columbo, they are OK for me – see Columbo’s Favourite Sandwich. 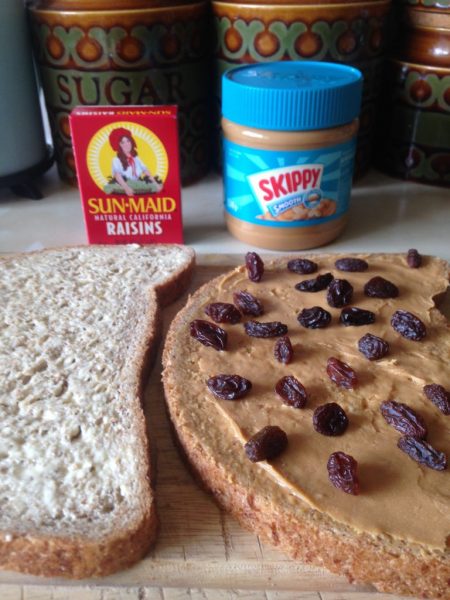 Plus if you want to heat up the soaked mixture in the winter you will have a superior porridge.  All of this, and the fact that I make it A LOT, gives Una’s recipe a spot in my top 100. 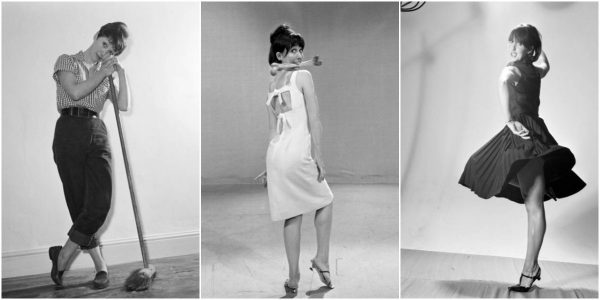