Coo what a feast!  Heather, Ben, Sanja, James and my imaginary boyfriend came to help me scoff everything.  It was a lot of work but I really enjoyed myself so it was worth it.  I am definitely getting less stressed out when I do complicated menus.  Detailed and copious lists with precise timings are the way to go. 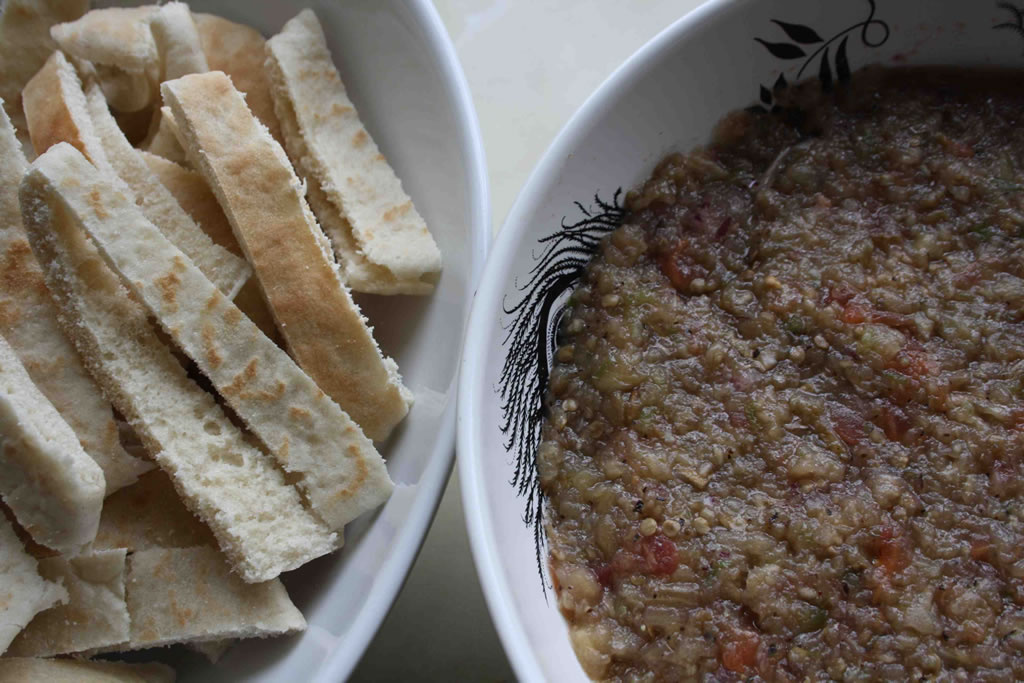 Only a tiny portion of the Eggplant Caviar was eaten, it wasn’t very appetising I have to admit. 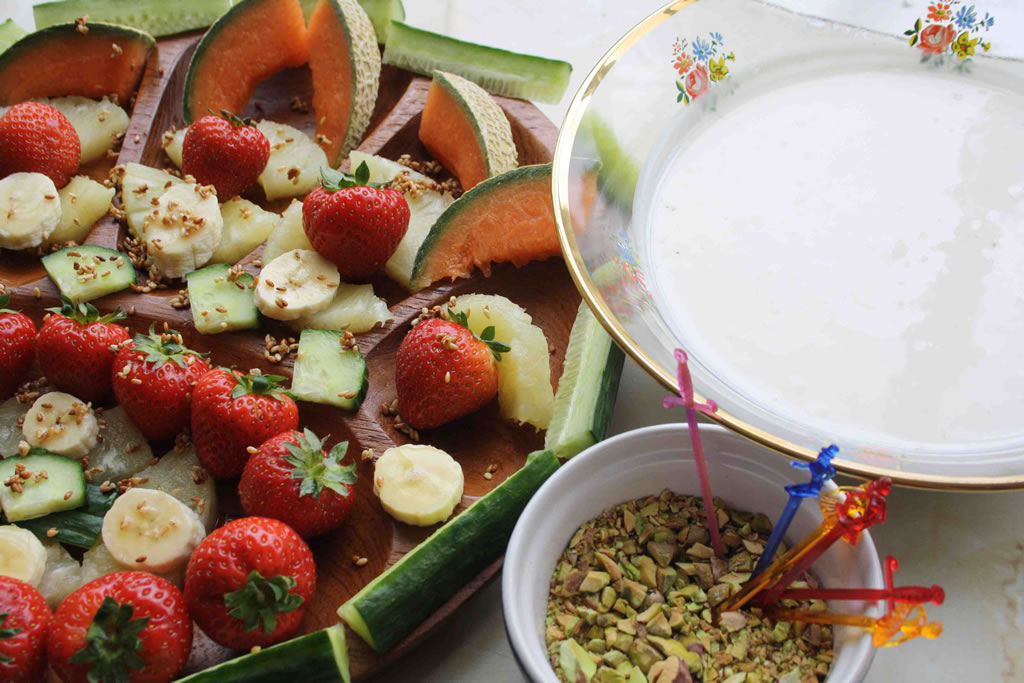 I think everyone tried a few morsels of the Fruit Fondue out of politeness but I agree, it was weird to have fruit as a starter.  I’ll be having fruit salad for breakfast for days I think.  I queued up and played the part of Vincent’s cookery course where he says, “cucumbers are a FRUIT” several times.  I just love the way he says it.  We had Vincent chatting away in the background as we got everything ready and Heather laughed when later he said, “I adore poultry”. 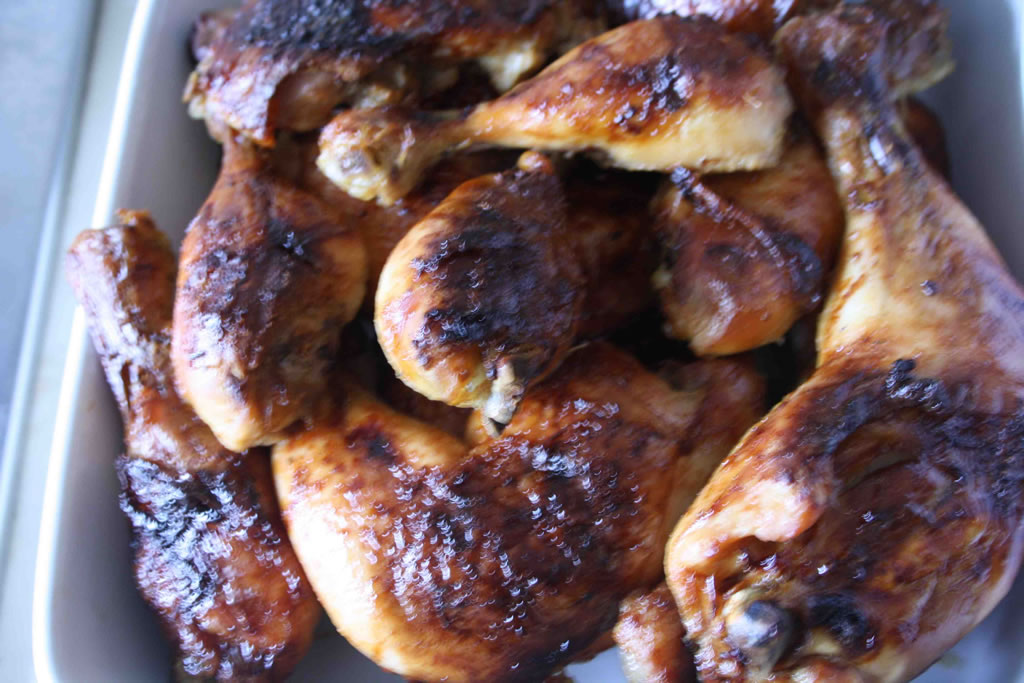 The big hit was the chicken – oooh yummy.  Marinated for 24 hours in yoghurt and lemon zest and various spices then cooked on low heat for three hours basting with butter and later honey.  It was soooooooo tender and yummy.  That one is now top of the list for Vincent.  It’s definitely one to do again. 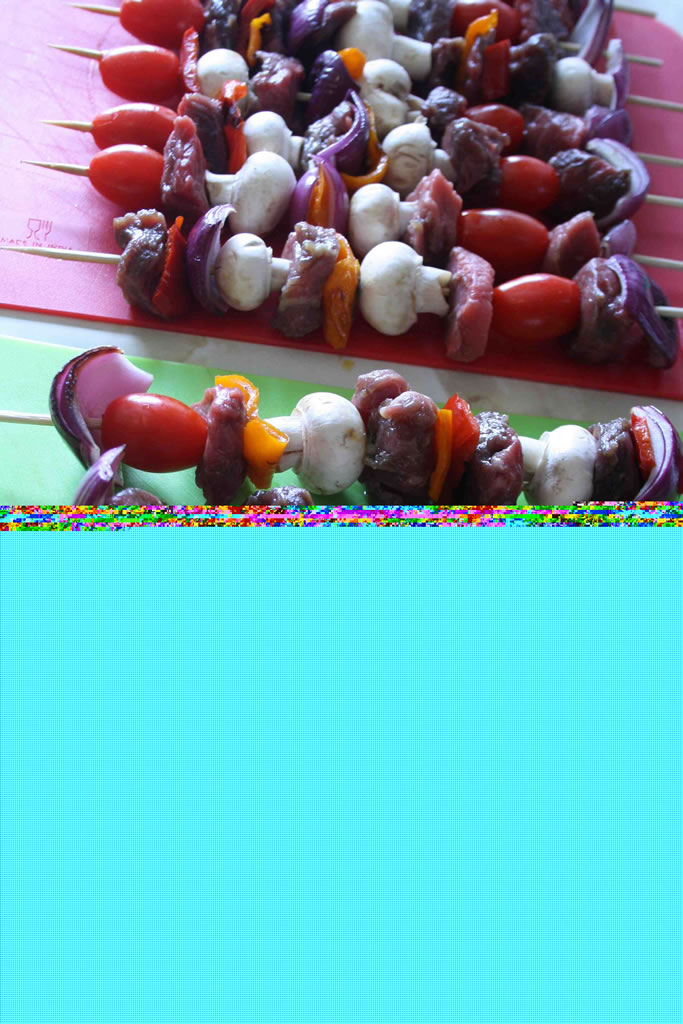 The kebabs were good.  I didn’t marinade the steak in wine or beer as I knew two of my guests weren’t drinking.  Instead I used some of the crazy expensive artisan vinegar I bought at the mustard festival.  It was good, I could taste it in the meat. 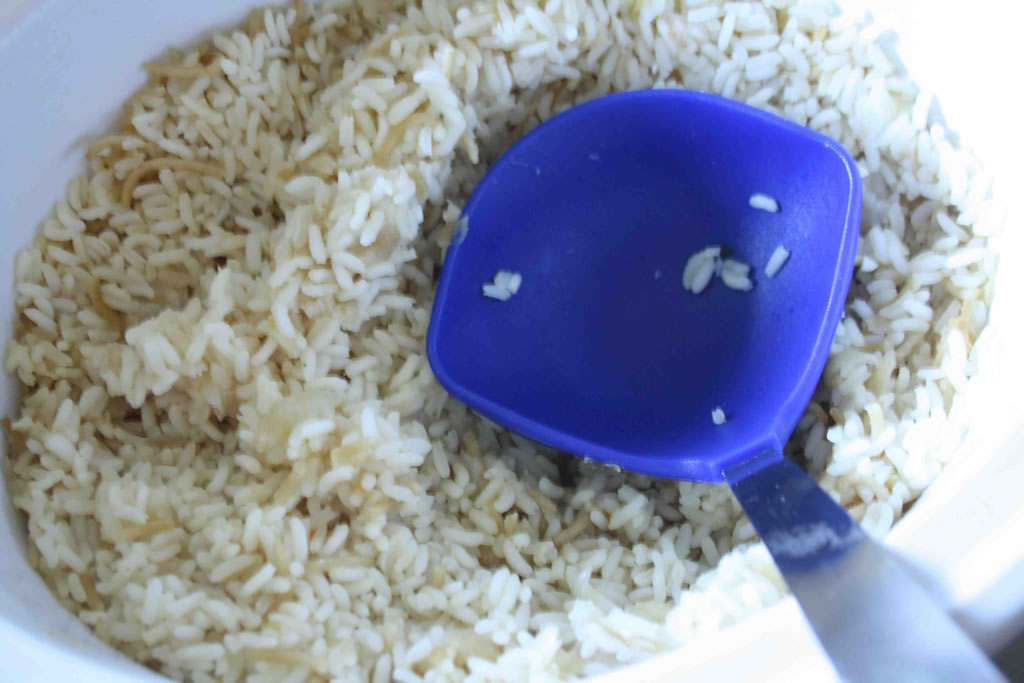 The Pilaf – rice with spaghetti (!) was good.  I made it in my slow cooker.  It was cooking away there for six hours and it was perfect.  This is a real discovery, I shall always do this from now on.  Result! 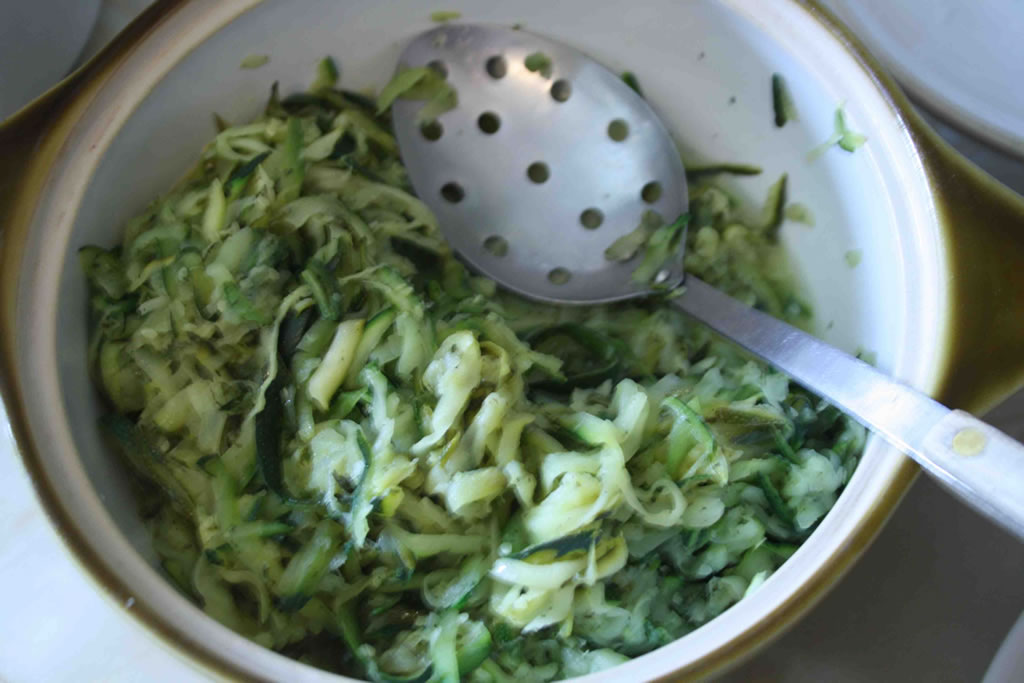 Heather rustled up the zucchini dish and it was damn good.  She arrived an hour before the other guests and was such a star zipping around the kitchen grating, basting and washing up.  My little helper… 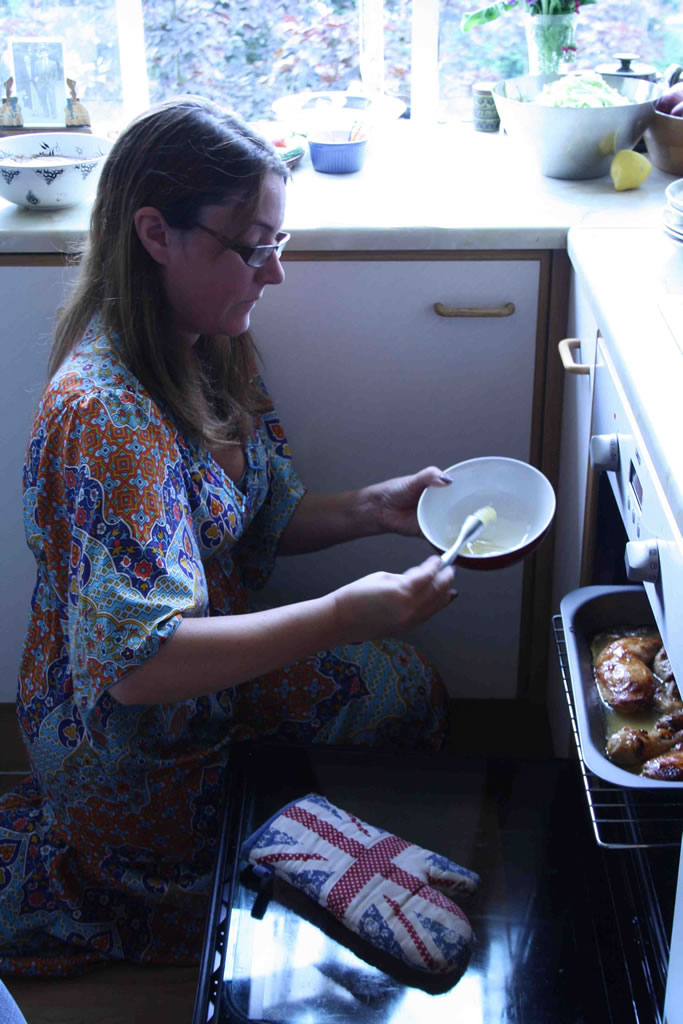 I herby vow to try and ask for help in future when I do one of this big lunches.  It was so nice not to have a mountain of washing up to do after everyone had gone and I was less stressed when everyone arrived because H was there. 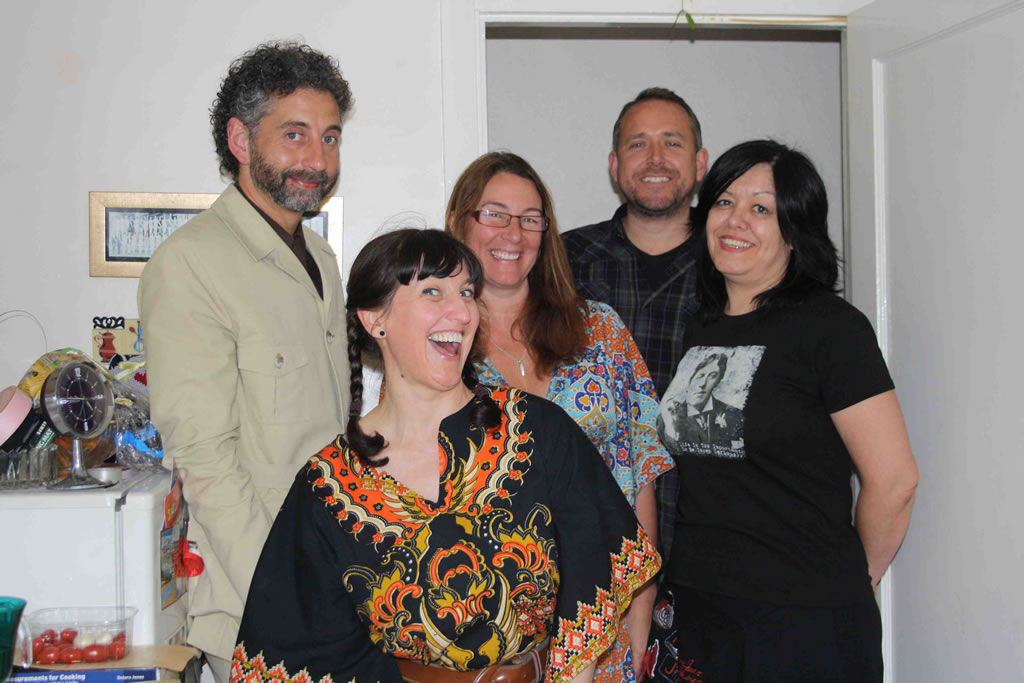 Here’s the happy throng (minus the imaginary boyfriend) just before we all went to the pub to watch the football.  Please note kaftans for the ladies and Ben’s awesome safari suit. 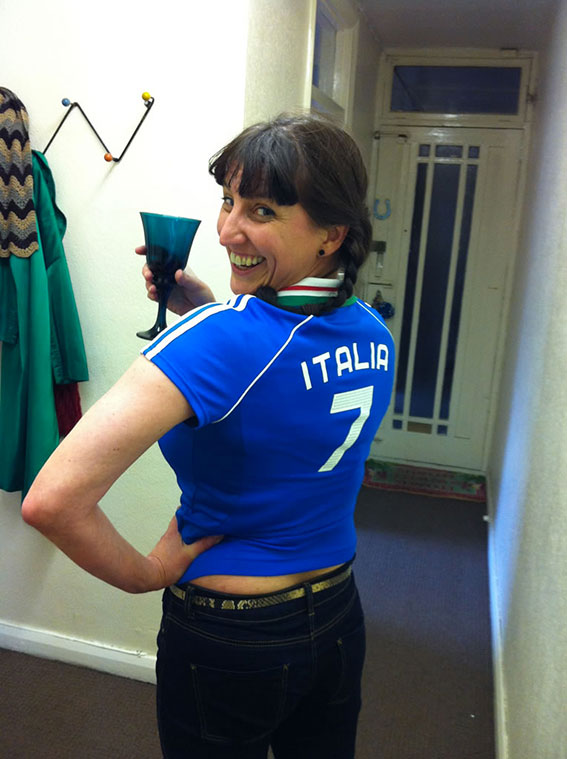 I am, as always, supporting Italy in the footie.  Sanja was disappointed that they are not wearing their skin-tight kit this tournament, but she was hilariously happy each time Croatia scored in the second game.