My lovely chum Peter tested this recipe for the Columbo Cookbook for me and I’m going to include his whole verdict on the recipe as a post.

As a little update on how the book is going, I’m hoping to have the text finished by the end of this week.  I’m still tweaking the recipes and I’ll be adding in some of the brilliant feedback I’m getting from my testers.  I’ll be checking which recipes still need testing and putting out a final call for testers soon.  I really want to make sure that the recipes all work!

When I read through Peter’s account of this dish – I IMMEDIATELY WANT SOME! Soooo cheesy! 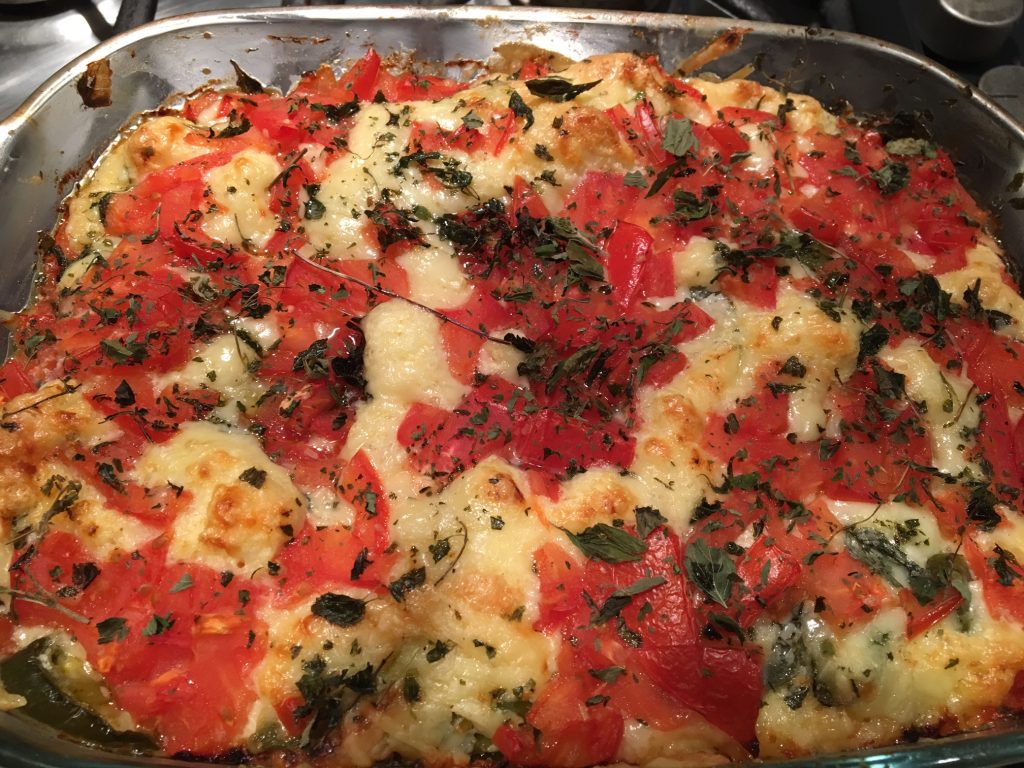 Seeing how much cheese was required for this recipe, which was designed for five people, I decided to halve it as a tester. This was the result…

INGREDIENTS
225 grams of Tesco-branded Gouda cheese
225 grams of Cathedral mature cheddar cheese
3 eggs, separated
½ + ¼ tablespoons flour
dash of salt to taste (I forgot this, but it didn’t matter owing to the natural salty taste of the cheese)
227 grams of green chilli peppers (the recipe says canned, but not being available, I used a combination of 125g Tesco-branded Jalapeños (drained weight), 36g of fresh green chillies, and 66g of fresh Sivri biber from my local Turkish grocer)
one fresh beef tomato (cubed instead of sliced)
dash of dried oregano (from my garden)

HOW DID I PREPARE? 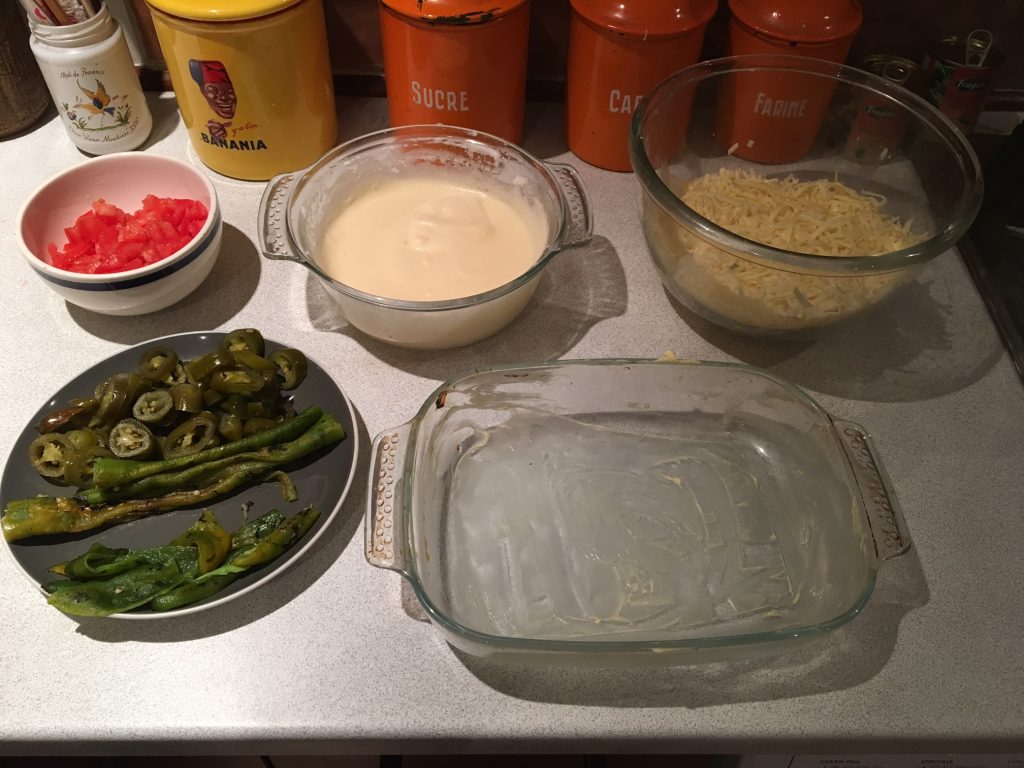 I followed the recipe by grating the two cheeses and mixing them together in a glass bowl.

I separated the egg whites and beat them for about 6-minutes until stiff adding about the flour for added body. Then I beat the egg yolks – but after 7-minutes I got bored waiting for them to turn fluffy (as per the recipe) so I stopped (the egg mixture had a mayonnaise consistency by this stage). I then folded the gently fold into the egg white mixture.

Now for the chillies. As I was using a combination, I drained the jalapeños onto toweling while searing the fresh chillies over a naked flame on the stove (why? Because that’s how it’s done in Mexican cooking, which this is suppose to mimic). Once cooled, I scrapped the blackened skin off, removed the seeds, and washed and patted them down with toweling. This does take a little time, so if you can find canned chillies maybe you’ll save some time – but I prefer my veggies fresh.

I then got out my medium-sized Pyrex dish that I use for lasagna and layered a portion of the egg mixture into the dish, followed by the chili and cheese, repeating (lasagna style) until all the ingredients were used up (just as the recipe). Finally, the chopped beef tomato and oregano were sprinkled over the top before popping into the oven.

The door of my fan-assisted oven has come ajar (again), so I did the recommended Gas Mark 5 for 30 minutes to bake, but gave it a further five minutes to get a nice golden texture on the top

THE VERDICT
DID THIS RECIPE WORK?
Yes it did work, but it took quite a while preparing the chillies and beating those eggs for what is essentially an cheese and egg frittata. My tasters called it ‘a glorified cheese toastier, minus the bread’. And I have to agree. It certainly should not be viewed as a main, rather as a side dish. I would suggest after baking to cut it into small bite size pieces as a warm side dish, hors d’oeuvre, canapé or amuse bouchee – depending on what country your celebrating. As for reheating leftovers, this doesn’t work in microwave as it turns into a slab of hot cheese. Best to reheat under a grill.

DOES IT SERVE AS MANY PEOPLE AS STATED?
I halved the recipe measurements as a tester and followed it precisely (though I had to substitute fresh peppers and a jar of jalapenos for the canned ones). 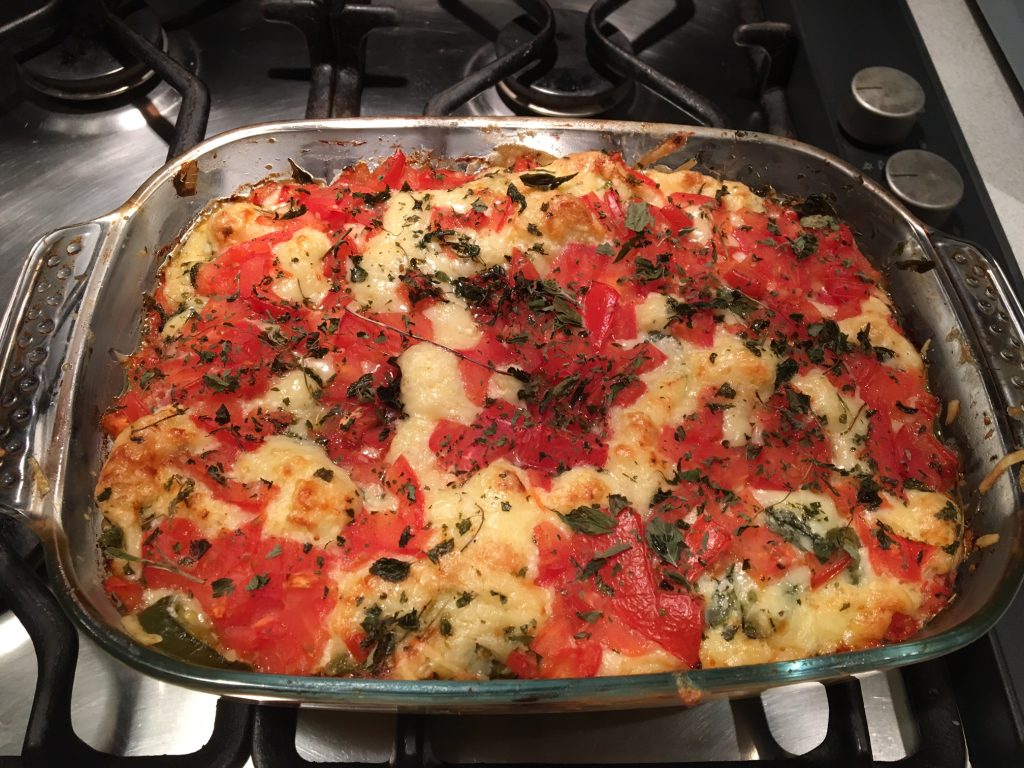 THANK YOU, PETER!  Now I am going to melt a huge block of cheese and eat it. 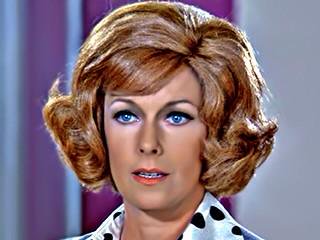