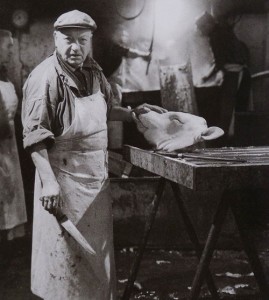 In the best cookbook ever written (IMHO) Vincent writes eloquently about the wonderful food available in Paris.  As the lovely people at Eurostar offered me a cheap ticket to Paree recently I decided I would go on the second of my pilgrimages to walk in the footsteps of my food writer idol.  I went for 3 days with me, myself and I and it was FORMIDABLE!

I saw many lovely things, met a man who played me a tune on a flute made in the late 1700s and ate a LOT of divine food.  I aimed to visit two places Vincent mentioned in the Treasury of Great Recipes, firstly Les Halles and secondly the Lasserre restaurant.  So on Wednesday I got my sensible walking boots on and strode out in the direction of Les Halles. 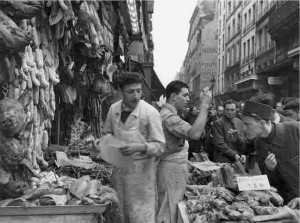 “After a late night in Paris we used to like to go to Les Halles, the largest outdoor markets, where we could get steaming bowls of savory onion soup to revive us.  Late or early, this hearty soup is one of my all-time favourites.” 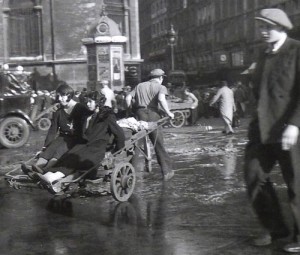 So in my mind, even though I had eaten a very hearty lunch, I vowed to seek out some Soupe a L’Oignon at one of the street food places at Les Halles.  So I walked and I walked and I walked, very confused about the general layout of the area and wondering if I was in the right place.  There was a Metro stop and an underground shopping centre and a vast area full of cranes and signs of general upheaval. 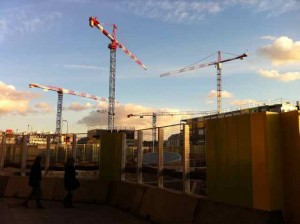 I couldn’t work it out at all and collapsed at a small bar feebly asking the lovely waiter in terrible French where I could go for the market of fruit and vegetables.  He brought me a nice cold beer and directed me on a very flim flam floozy route which I knew in my mind would lead me to the French equivalent of a corner shop that had a few oignons and pommes de terres outside.

When I got back to my apartment and an internet connection I looked Les Halles up on Wikipedia and the first sentence read:

“Les Halles (pronounced [le al]) is an area of Paris, France, located in the 1st arrondissement, just south of rue Montorgueil. It is named for a large central wholesale marketplace which was demolished in 1971 and replaced with an underground modern shopping precinct…” 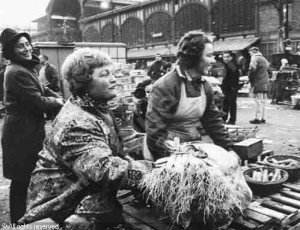