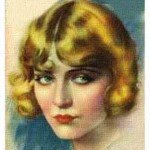 Had a long conversation about how cold it gets on a houseboat with Jan at work.  He has just bought one and I told him he would soon become obsessed with trying to keep the fire alight when he wasn’t there.  When I lived on the little floating caravan beside Swan Island it was all everyone ever talked about in the winter, and I fear it will be the same here at Silver Screen Suppers Towers.

Rosalind and Jimmy delivered an oil filled radiator this evening.  They are true, true friends.  I made them Goulash as a thank-you for sourcing/buying/trolleying it from Oxford Street/driving it from Tottenham Court Road and lugging it up four flights of stairs.  What lovely, lovely friends.  When we got the radiator going Rosalind insisted on sitting astride it saying, “It’s like riding a hot pony!”

My goulash was a mixture of Vincent and Vilma’s recipes.  Vilma’s had EIGHT CHILIES as an ingredient which gave me the fear so I used her suggestion of 2 sticks of celery and 4 cloves to beef up Vincent’s recipe.  As Rosalind put it, “Vincent Price put the Goul into Goulash”.

I put the gas fire on full blast in the front room and Rosalind (who was wearing a rather fetching short kilt-like skirt) did an impression of what her mum used to do in front of her gas fire.  Basically, tuck her skirt up at the back and warm her bum!  Rosalind did the same and then (with great joy) realised that if she just bent over slightly she could do the jigsaw and warm her bum at the same time!

I found the lovely picture of Vilma that tops this post over at the Looking for Mabel website.  I land there every now and again when looking for pictures and it has such delightful things to discover there.  I encourage anyone interested in the early movie stars to pop over.  Some great transcripts of early fan magazine articles – and recipes!