Oh how decadent.  The central dish for Vincent’s birthday celebrations was a whole chicken poached in ¾ of a bottle of champagne.  The recipe for this dish is at the end of this post… 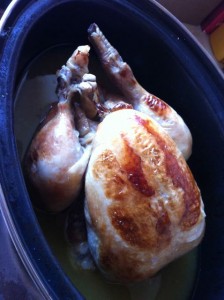 Utterly divine.  Once the chook was cooked I made a sauce with the chicken-y champagne-y stuff in the bottom of the roasting pan with cream, shallots and mushrooms CRUSHED with a rolling pin.  Anyone who knows how I feel about mushrooms, will know how much pleasure that gave me.  Vincent notes that the chef who had given him this recipe, stated that the mushrooms should be crushed by rolling a bottle over them, but Vincent was more classy, and used a rolling pin so I did too. 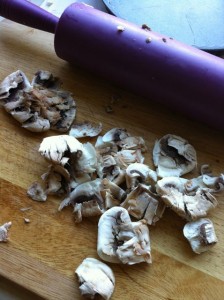 After stuffing ourselves with chicken and all the trimmings we watched the episode of Columbo that features Vincent.  It is called Lovely But Lethal.  Well, actually my lovely but lethal dinner guest watched it while I dozed.  I did manage to open my eyes once or twice to appreciate the white turban Vera Miles was wearing at a fashion show 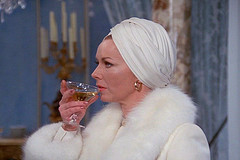 and the black sequinned pants-suit she wore when she snuffed out Martin Sheen. 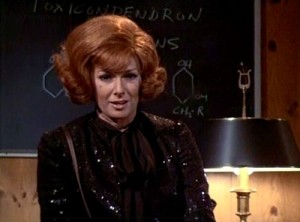 Why couldn’t I have been christened Vivica and been able to run around in the 1970s wearing a white jumpsuit with patch pockets?

I particularly liked two things about this episode.  Firstly Vera Miles liked to drink tequila cocktails with organic cactus juice.  Secondly when she went to a very exclusive dress shop with Vincent’s secretary, the latter had a fag in her hand the whole time she was fondling the very expensive dress she wanted as a bung.  Those were the days. 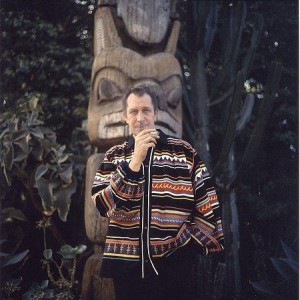 Wow – this photo is quite a FIND.  Vincent smoking (I am guessing) in front of the totem pole that he bought from John Barrymore and had in his garden.  There is a great quote in the Treasury about how he liked to eat in the garden, and felt that looking at beautiful things helped to make a meal enjoyable.  I’ll look it up and post it here later.

Trawling around the internet I also discovered that Vincent was in an episode of the Brady Bunch where he talked to a totem pole.  Gotta get it!