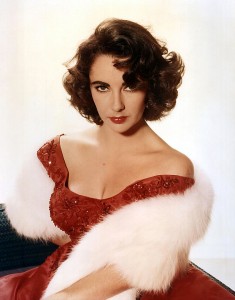 The chicken I bought for this, was a stock brined chicken from Waitrose, and this may have added to the overall effect.  It was moist, moist, moist.  Mmmmm… 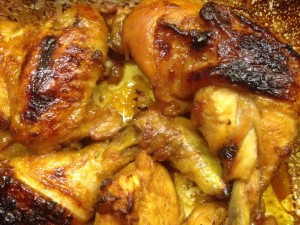 Actually, Vincent said in the Treasury that this was something his wife, Mary liked to cook, so the title should really be “Mary Price’s Chicken Sweet and Hot”, but we know Vincent enjoyed it too as he says: “This is one of Mary’s specialities, something she tosses together while tiling a wall or framing a few paintings.  (That three-hour marinating break is just great for cooks with several other projects going!)  It has marvellous flavour, aroma and colour and couldn’t be better if Mary stood over a hot stove all day to prepare it.”

So my  lovies, get it marinading and then go off and do something creative for a couple of hours! 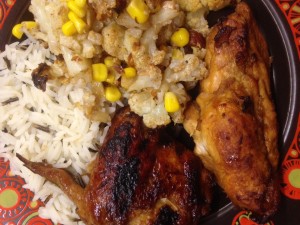 It’s a terrible picture but it was a delicious dinner…  Mr R says that he knew I thought the chicken was good as I kept making “Mmmmm” noises throughout the meal and at one point yelled, “I LOVE THIS CHICKEN!”

As most of the time when I cook I am more of a, “well, it’s OK, but not brilliant” type of person, this is saying something…

Put 1 chicken, quartered, into a baking dish.  Pour sauce over and let marinate for 2 or 3 hours.

Cover chicken and cook in the moderate oven for 1 hour.  Uncover, increase oven temperature to hot (400 degrees F, 200 degrees C, gas mark 6), and baste frequently until chicken is an even dark brown.

P.S.  I only had half a cup of orange juice and this was fine.  There is a LOT of sauce so I served it up as gravy.  ARG.  Sooooooooooooo good!  Thank you Vincent, and Mary of course. 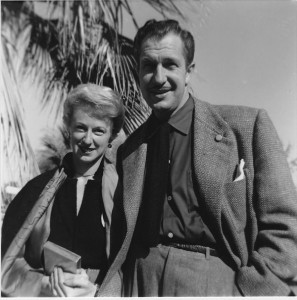