One of my cyber-chums, Taryn over at the fabulous Retro Food For Modern Times has inspired me to set myself a six week challenge.  It is this.  I shall eat as much as I can from the frozen archives in an attempt to have ONE EMPTY DRAWER in my freezer by April 9th.  This will enable me to do some jiggery-pokery in order to defrost the whole damn thing and free the top drawer, which has been frozen solid since the dawn of time.  What is in that top drawer?  I have NO IDEA! 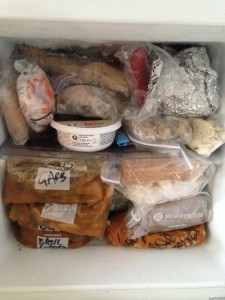 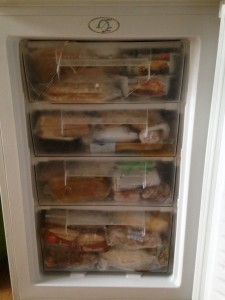 First past the post for the 6 weeks challenge, was a 2 person portion of Vincent’s Fish Curry.  I know from the blog, that this was made when David and Katy came round in December.  The recipe is at the bottom of that blog post so if you click on that link, you’ll go straight to it. 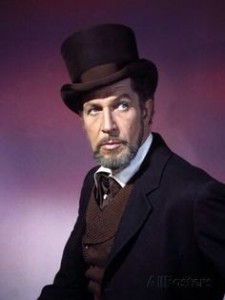 This is not an appetizing photo, but it tasted damn good.  Vincent’s curry on the bottom, some Massaman Duck curry too, also from the archives, so a double bubble. 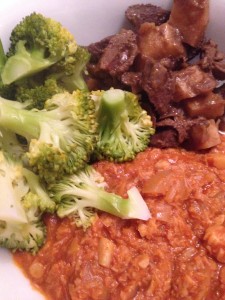 I think one of the nice things about this challenge for me, will be finding film star leftovers, and then flipping back through the blog to see who I made the original dish for.  When I wrote about this curry in December, I said that I didn’t see enough of David and Katy.  So getting this fish curry out of the freezer has not only made a little tiny dent in the archives, it’s also prompted me to get a date in the diary with them.  Big bonus. 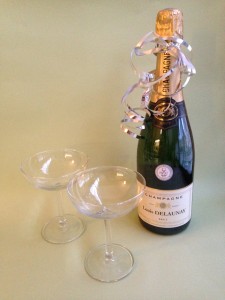 There was cause for celebration last night too, I have completed all the blurbs (45) for seasons 1-7 for the Columbo Cookbook – oh yes!!!  So seven to pick from the later series, gonna be tough, but my goal is to have 52 recipes for key Columbo episodes, and probably some additional ones for co-stars who have more than one recipe to offer.  Co-incidentally it was the #ColumboTV tweetalong last night and the episode was Murder By The Book, one of my favourites.  There is plenty of champagne drunk in that episode, so we felt justified in downing a bottle.  Cheers! 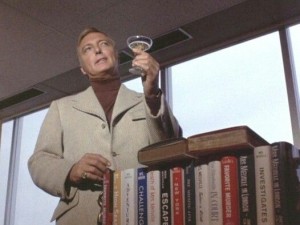