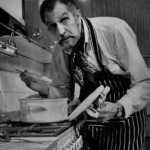 To say that my housewarming was a humdinger would, I think, be an understatement.  What a wonderful and crazy night it was.  I tried to make a list of everyone who rocked up, I got to 61 people and then realised I was still drunk so had to stop…  It was crrrrrrrrrrrrrrrrrrrrazy and fabulous.

I wanted to have a good old fashioned house party and I sure did.  The kitchen was packed, the hall was packed, the living room was packed, even the bathroom was packed.  Gorgeous.  Pete who I hadn’t seen for around 10 years turned up (joyous), Angela who I’d only known through my internet writing group turned up (wonderful), my good and trusted ballroom dancing buddies turned up (wish I’d had a chance to do more rhumbas) and the atmosphere was one of real friendship and mixing and much hilarity.  Different friends from many different phases and stages of my life all in one place.  It could have been “This is Your Life”.

Favourite moments were seeing Obi’s sad face when the girl he was chatting up said she was going to get some food but would DEFINITELY coming back, the shock spotting of two work colleagues snogging out of the corner of my eye, taking a break to do a bit of the jigsaw in my bedroom with Alastair  and getting my bottom fondled by the Artist Formerly Known as Gene in the hallway as he was leaving.  Ha ha!  That’s the kind of party I like!  Even the drama of an open bottle of red wine being spilled down the back of my fridge and gradually seeping out of the front like a scene from Carrie made me chuckle.  What a party!!

I got lots of lovely housewarming presents including the marvellous “Cooking Price-Wise” Vincent Price cookbook from the lovely Matthew from Movietone-news and the equally lovely Angela.  I decided that in an attempt to get down off the euphoria of my party somehow, I would make something that would assist me in using up some of the umpteen bottles of half drunk wine strewn around my kitchen.  Goulash it is, and it’s in the slow cooker right now…