It’s the One Reeler Film Club at the Cinema Museum tonight so I have made a cake.  It smells and looks delicious but I’ve never made it before so I’ll have to wait until tonight to find out how it tastes.  If it is good, I will return and type up the recipe here. 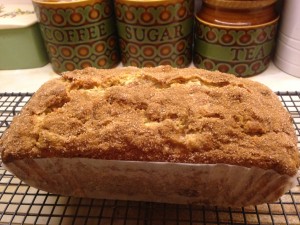 I love the One Reeler Film Club.  I’m not a film-maker myself but always get a creative boost out of seeing what new short films are being made.  And tonight the special guest is my desk-mate (note hyphen) chum Lucy Smee who’ll be introducing some Alice Guy-Blache films (wish I knew how to put an accent on the e…).  Lucy runs The Bechdel Film Test Film Club – I am definitely going this month as I can’t resist a film called “The Itty Bitty Titty Committee” – ha ha. 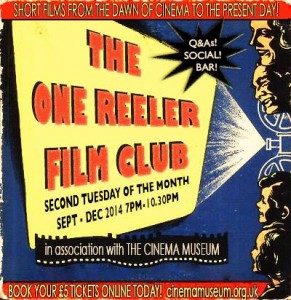 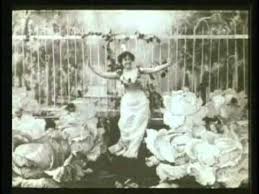 PS – the cake was really, really good so the recipe follows.  This is definitely a contender for the Muswell Hill Horticultural Society Spring Show Cookery Competition “Category 51” but don’t tell Battenburg Belle...  It’s a taste of Hawaii…

Vincent says: “For a dedicated bread baker like me, it is always a happy day when a great new recipe comes along. This one from the Hana-Maui is most unusual, most delicious. It is really more like a coffeecake, and we like to serve it in thin slices with a cup of coffee at almost any hour of the day or night. The second loaf goes in the freezer for some future time.” 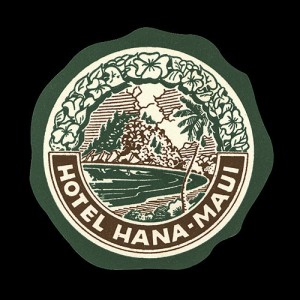 Vincent’s recipe in The Treasury of Great Recipes is for two loaves but I did half his measurements and just made one. The measurements below are for one loaf but it was SO GOOD that I may well double it and make two next time and put one in the freezer as Vincent suggests. If there is ever any room in there….

Butter a one-pound loaf pan [I used one of those paper cases that you pop inside the tin].

Sift together flour, baking powder, baking soda and salt. Stir in the nuts.

In mixing bowl cream the butter and sugar then beat in egg and continue to beat until mixture is smooth.

Stir in half the flour-nut mixture.

Stir in pineapple, including juice.

Stir in the remaining flour-nut mixture and stir into well blended. Drop into the prepared pan.

Combine the sugar and cinnamon and sprinkle over batter. Bake for 50 to 60 minutes or until bread tests done. Let cool for 5 minutes, then turn out on the cake rack to cool.

* The cup measurement is for flour that is already sifted so I recommend those using the grams measurement to sift the flour twice.

** I did weigh this but forgot to write it down. This was listed on the interwebs as a conversion but I’ll double-check it when I make this again.

Most of my sugar / cinnamon mixture fell off when I turned the bread out of the tin so next time I’ll probably just use a sprinkling of sugar and cinnamon.

It was a big hit at the Cinema Museum. I wish I had a piece right now…  I also wish that one day I can go to the Hotel Hana-Maui in Hawaii to see if this is still on the menu.  But only if the rooms still look like this… 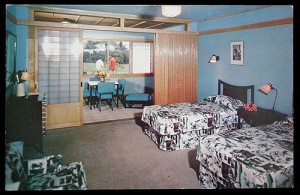