I am drinking champagne alone, on a Monday night, in bed.  How decadent.  I have good reason though, honest. 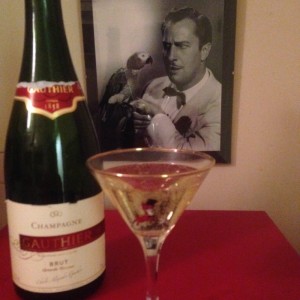 Tonight I cooked dinner for someone very dear to me, who almost snuffed it a couple of weeks ago.  So champagne seemed to be appropriate.  A toast to LIFE!  I love this recipe, not least because after you’ve made it, you’ll have a fair amount of champagne left to quaff by yourself after guests have gone home, ha ha! 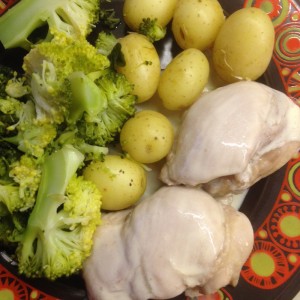 I transcribe Mary and Vincent’s recipe from The Treasury of Great Recipes below.  The last time I made it, I cooked a whole chicken as per instructions… but this time I poached 600g chicken thighs in 1/2 the amount of champagne suggested and halved all the other ingredients too.  We scoffed the lot between two of us, and there’s a fair amount of champagne sauce left.  What shall I do with that? Hopefully there will be a space in the freezer for it, so I can make this again…

Season a 3 lb chicken with 1 teaspoon salt.  Truss it and place in a small casserole with 2 tablespoons butter and 2 cups dry French champagne.

Cook in the moderate oven about 45 minutes.*  Baste every 8 minutes and turn until the chicken is an even golden brown on all sides.

Add to juices in the casserole: 4 cups cream, 3 shallots, chopped fine, 4 mushrooms crushed by rolling with rolling pin (the chef’s directions said to “roll with a bottle”),** 1 sprig parsley, chopped, 2 bay leaves, and a pinch of thyme.

Simmer on top of stove until sauce has reduced to two-thirds of the original amount.  Strain through a fine sieve into a clean saucepan.

Place over a medium heat and swirl in 2 tablespoons butter.  Add 6 ounces (a glass) dry champagne.

Spoon some of the sauce over the chicken, serve the rest separately.  At Pavillon the chicken is brought to the table whole and carved there by the captain.

* I poached the thighs for about 1/2 an hour

** this recipe was gleaned by Mary and Vincent from Le Pavillon in New York.  The Wikipedia entry for Le Pavillon says: “Le Pavillon was a New York City restaurant that defined French food in the United States from 1941 to 1966.”  1966 was the year that the legendary patron Henri Soulé died.  So only a year after the restaurant was being praised in the Treasury with its recipes for Poulard Pavillon, Boeuf a la Bourguignonne, Pomme de Terre Macaire and Salad Gauloise, he was gorn.  TERRIBLE!

For fans of French cuisine, there is a first edition of “Dining at the Pavillon” on sale here at the moment.  It’s $395 though!  Can you send me some photocopies if you buy it?! 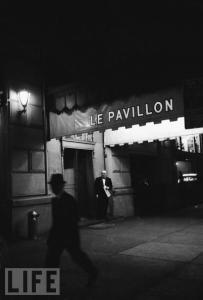 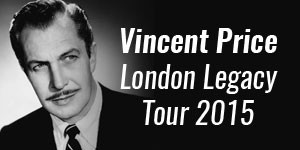