I am shocked to the core.  Today when I got home from work, the Muswell Hill & District Horticultural Society Handbook and Schedule of Spring, Summer and Autumn Shows 2014 was on my doormat.  Despite assurances from the committee  that the cookery categories would be the same as last year, they are DIFFERENT!   Where is the flavoured vinegar category?  Where is the flavoured oil category? 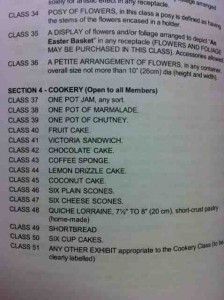 Replaced by Coconut Cake and Lemon Drizzle Cake it seems.  What the HELL?  All the planning ahead myself and Battenburg Belle did on the train to Manchester with HUGE pieces of brown paper and post-it notes is now RUINED.  My Chilli Oil maturing away on the window ledge is rendered pointless. 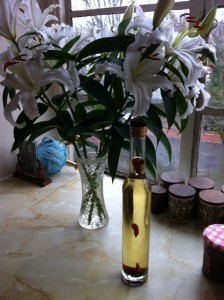 My Vincent Price Racquet Club Vinegar brewed up, nurtured, strained and worried over, is now also more or less a waste of time.  Nuts and double nuts.

There is no way in hell now that I will be able to top my one first prize from last year.  I was relying on the “get prepared early” oils and vinegars that I knew BB wouldn’t bother with.  Dammit.  I know nothing of Coconut Cake and Lemon Drizzle Cake.   I am despondent.  She’s gonna beat me hands down now that there is only one single solitary savoury category – cheese scones (which I can’t help reminding her, got me the FIRST PRIZE last year).  She is the Queen of Baking, I might as well hang up my spatula. 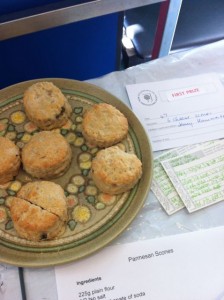 However, I sort of feel OK about spending a couple of hours mucking around, trying to soak up the oily layer on top of Vincent’s vinegar with kitchen roll in an attempt to WIN the flavoured vinegar category.  It is actually delicious.  But I probably would never have bothered if it wasn’t for the potential of winning a class for which last year there were only one or two entries.  Ditto the flavoured oil.  Which is why I am guessing they have dropped them.  Not enough entries.  Poop.  Here is my lovely vinegar. 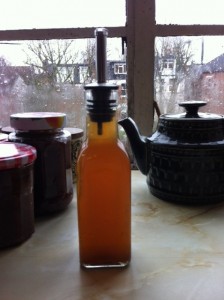 I guess I can only hope for success in the coffee cake category.  As I keep saying, as BB doesn’t LIKE coffee cake, I can only hope that she will stick to her promise of not MAKING a coffee cake…  It is my only chance for victory, as I have a feeling she’s been practicing her cheese scones…

Mind you.  I just searched the Silver Screen Suppers recipe spreadsheet for Coconut Cake and if Battenburg Belle had her ear trumpet out round the corner at her place, she probably would have heard me say the word VIVECA out loud just now in a very threatening voice…. 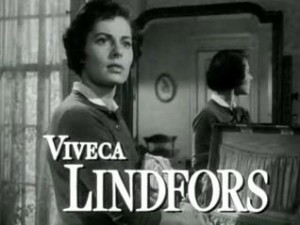 So anyhow, I have been banging on about the forthcoming cook-off more or less non stop for several months.  But it is almost upon us, next Saturday in fact.  I have taken Thursday and Friday off work to prepare.  Bring it on…

Mix all of the above ingredients well and add

Cover bowl or jar and let stand at room temperature for 4 days.  Then strain and store in refrigerator.

Use 1 part of the spiced vinegar to 3 parts olive oil for a French dressing with a tossed salad.

* This is the only thing I left out as “sauce Robert” is one of those “bird within a bird” type things.  You make one kind of sauce and then turn it into another type of sauce…  If I ever make Sauce Robert I’ll be sure to save two teaspoons for this!

Thanks Vincent – summer is on the way so salads with dressings made with your vinegar are on the menu! 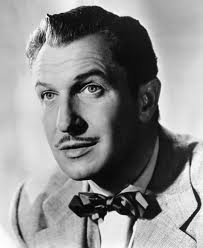