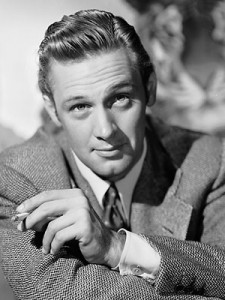 “The older you become, the more you know;
your bank account of knowledge is much richer.”
I agree William. And for once in my working life my bank account of DOUGH is richer after filing my tax return rather than much, much poorer as it usually is… Yippee.

I’ve had a fabulous weekend in the countryside trampolining, watching the tennis and eating a tonne of Silver Screen Supperage. Paulette made a magnificient Gloria Swanson Devil’s Food Cake and I did canapes. The centrepiece was William’s crazy lime jelly extravaganza. I made it in a rabbit mold and Paulette said as it plopped out, “it looks like some kind of Damien Hurst artwork”. It really was quite a sight to behold! Not much of it was eaten but it certainly was a talking point. We also had Gloria Swanson’s Caviar Canapes and the old faithfuls Jean Harlow’s Celery a la Shrimp and Adolph Menjou’s Spiced Venetian Cheese. All washed down with some extremely strong martinis. Hic.

The young Rebel Without a Cause James made me laugh when Paulette brought the cake to the table. When she mentioned it was a very special cake he just asked, “Betty Crocker?”