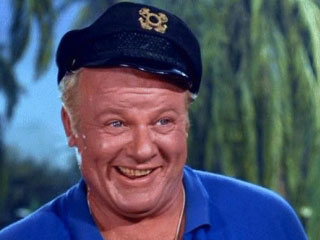 Here’s one for all you Gilligan’s Island fans.  I’ve never seen Gilligan’s Island, I don’t think it ever screened here in the UK so if anyone has a recommendation of a particular episode for me to seek out – please do let me know.  I like the look of this one… 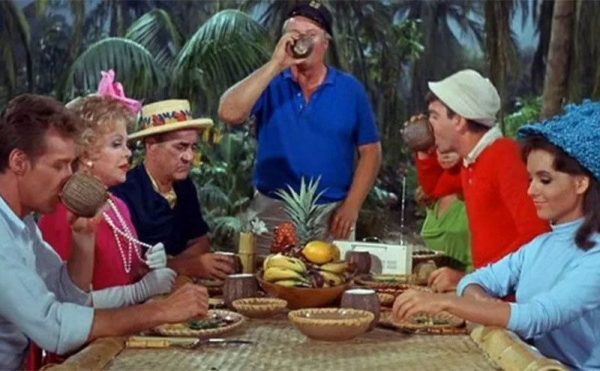 When I found out there was a Gilligan’s Island Cookbook, 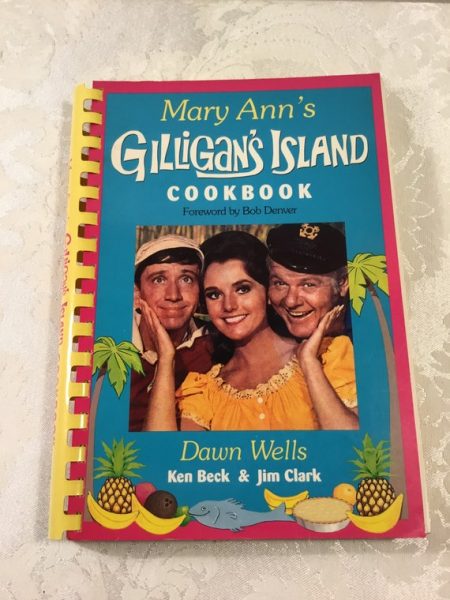 I had to get hold of it because Alan Hale Jr, who played Skipper in Gilligan’s Island is also in Murder, She Wrote. 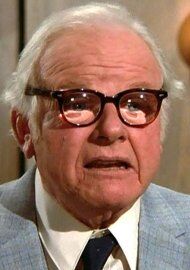 And although I have a recipe by Alan Hale Sr. in the collection, 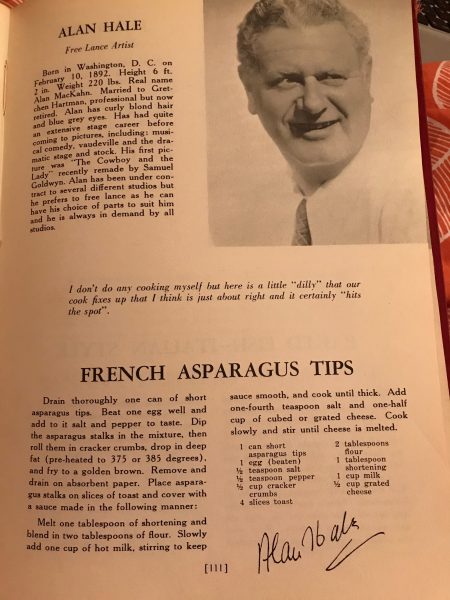 I didn’t have anything from Alan Hale Jr. But BINGO!  The Gilligan’s Island Cookbook came up trumps with a DELIGHTFUL recipe which I really enjoyed making and eating.  It was a real midweek lunch treat.  I made half of the recipe and ate half of the resulting creamy beefy mix yesterday in half a part-baked baguette 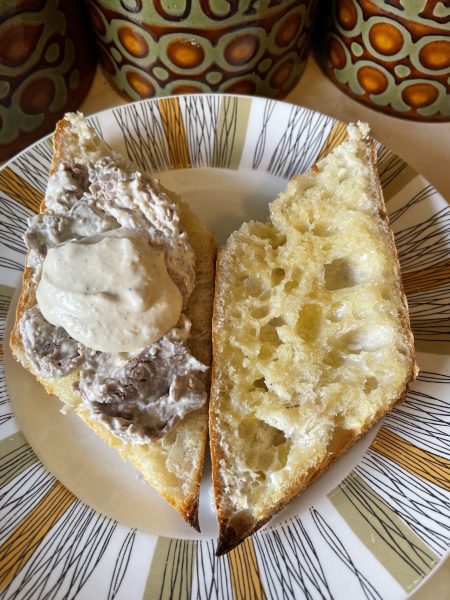 and I am really looking forward to having the same lunch today.   It is making me STARVING HUNGRY just thinking about it. 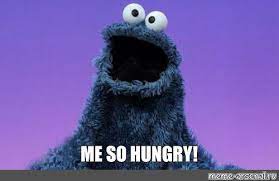 I often have movie star fodder leftovers calling to be used up in my fridge, and usually I approach them with a small feeling of dread.  But this dream sandwich is calling to me, and I’m almost salivating at the idea that some creamy beefy stuff awaits me this lunchtime again 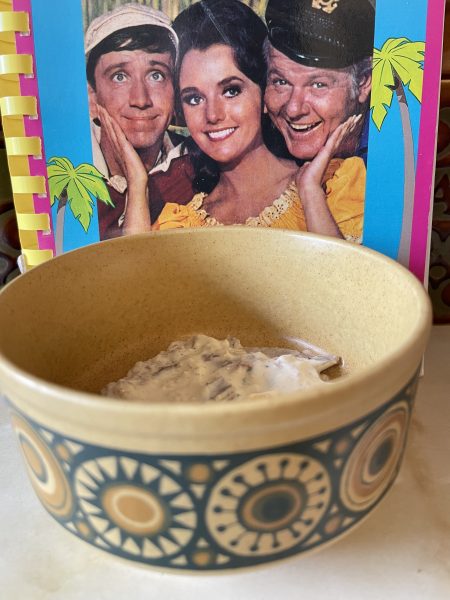 For that reason alone I announce this recipe to be a winner and it will be going in the Murder, She Cooked book for sure. 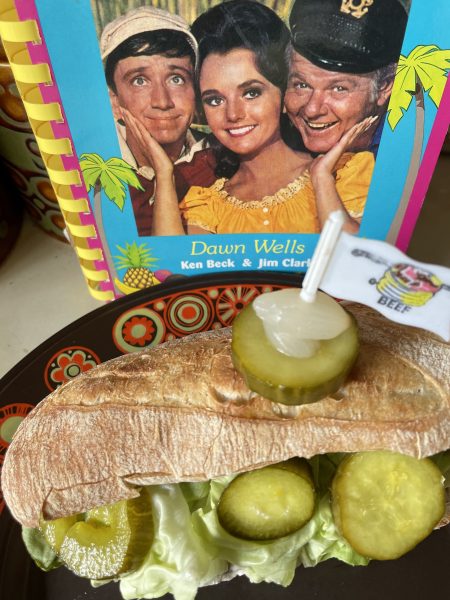 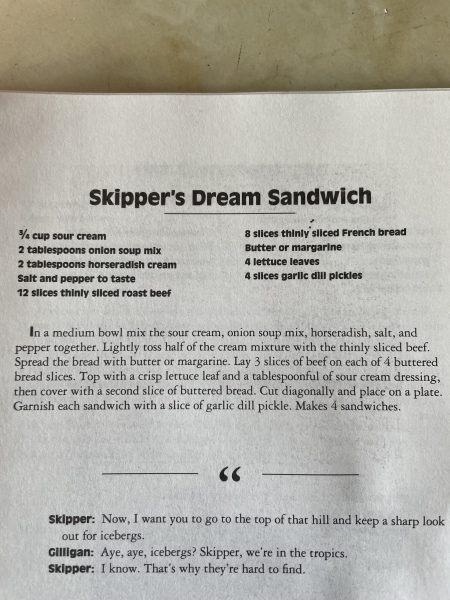