I absolutely love getting things in the post.  One day recently totally unexpectedly I got this from my old mucker Amy Sargeant. 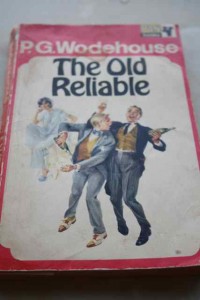 She’d mentioned ages ago that there were some film star foods mentioned in this book and I was intrigued.  Buying a copy has been on my massive “to do” list for months, but lovely Amy intervened and sent me a copy.   I love the way she marked the pages that I needed to jump to first and I realised that it’s getting rarer and rarer in these days of emails and texts to see someone’s handwriting.  Isn’t it lovely? 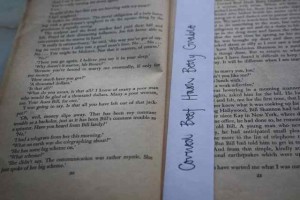 So Wodehouse mentions Corned Beef Hash Betty Grable and Malted Milk Bette Davis but I cannot tell you why.  I’m assuming that these dishes are a figment of PG Wodehouse’s imagination.  And WHAT an imagination.  But I also remember reading somewhere that at the commissary of one of the Hollywood studios in the 30s or 40s there were dishes named after the stars.  It’s probably in one of my many folders of notes somewhere.  Any Wodehouse experts out there?  Or someone who knows about the menus of classic era Hollywood studio canteens?  I’d love to hear from you.

When I first heard about the Malted Milk Bette Davis I assumed it would be this kind of malted milk: 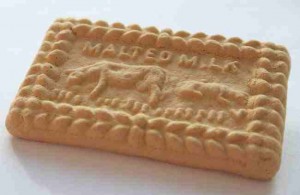 I then started getting a bit obsessed by Malted Milks and even asked the Guild of Food Writers google group if anyone had an old skool recipe for Malted Milk biscuits to no avail.  The above photograph by the way is of a BROOCH which naturally due to my new obsession I wanted to buy the moment I saw it but I’m on an economy drive so I must resist.

Thinking about it further I realised that Wodehouse was thinking more of this kind of Malted Milk: 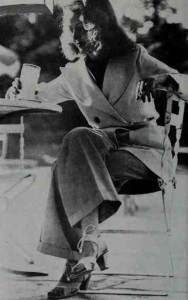 The caption to this 1938 photo was apparently: “Bette Davis drinking a malted milk to solve her weight gain problems” so maybe this is where Wodehouse got the inspiration?  The Old Reliable is set in Hollywood and as wikipedia puts it “follows the romantic and financial difficulties of various film stars, writers, movie moguls, butlers and safe-crackers.”

I have to get another copy as I took it with me to Paris and I was only half way through it when someone on the Metro knocked it out of my hand and it fell into the crack between the station platform and the train.  Mind the gap!