I made these for Vic AGES ago, and wrote down a comment he made about them on an index card to include in my blog post report.  Then I lost the index card.

I am an inveterate note taker.  I write things down on the backs of envelopes, in a million different notebooks, on magazines, and when it’s something I think is important, on an index card.  Hence there are notes scattered all around my flat, collecting in certain spots like dust balls…

So sometimes, I just have to wait for them to surface.  As this one did, eventually. 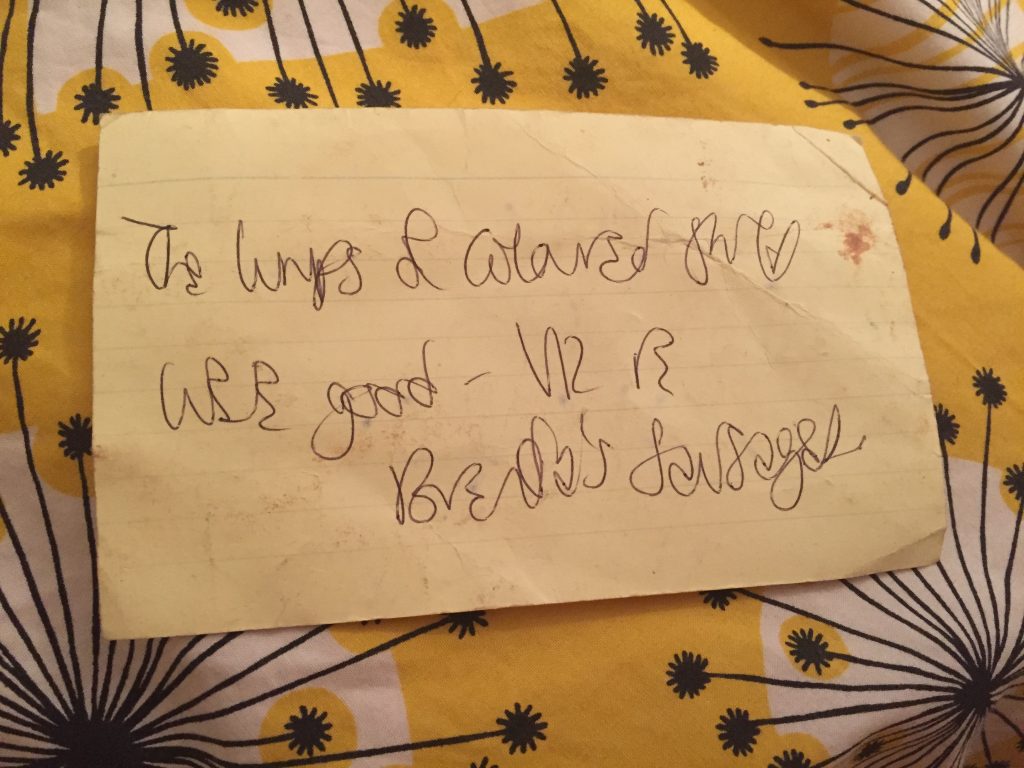 The lumps of coloured stuff were good.

Vic is a changed man.  Here he is assisting with the cooking… 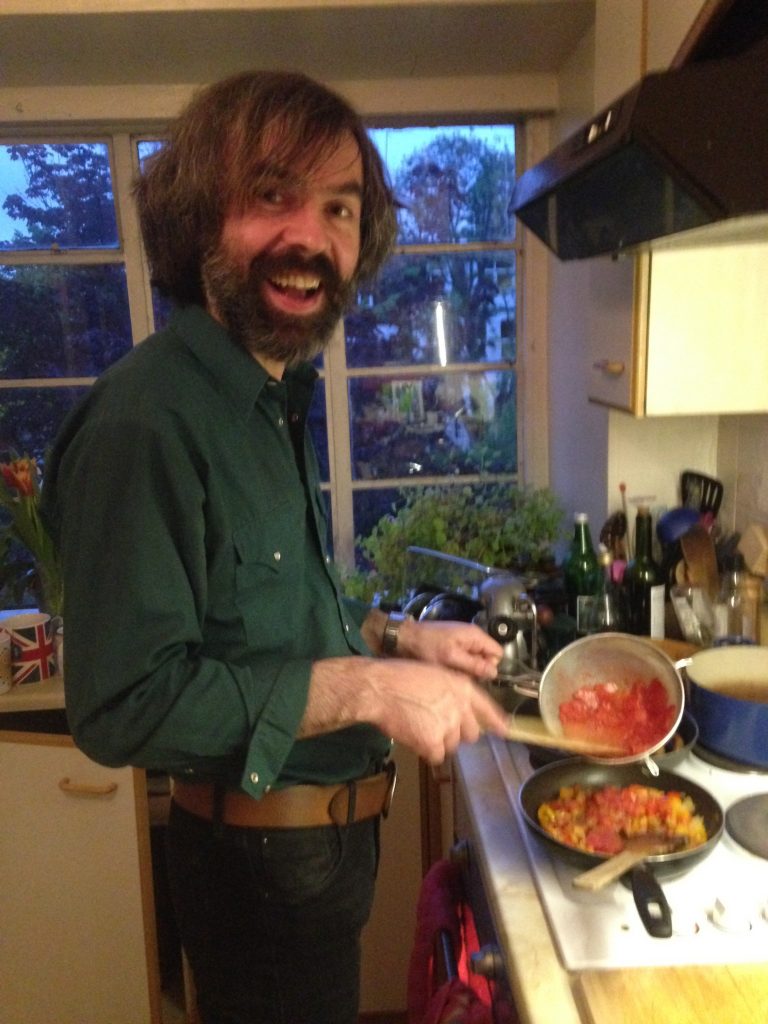 And here is the finished din dins… 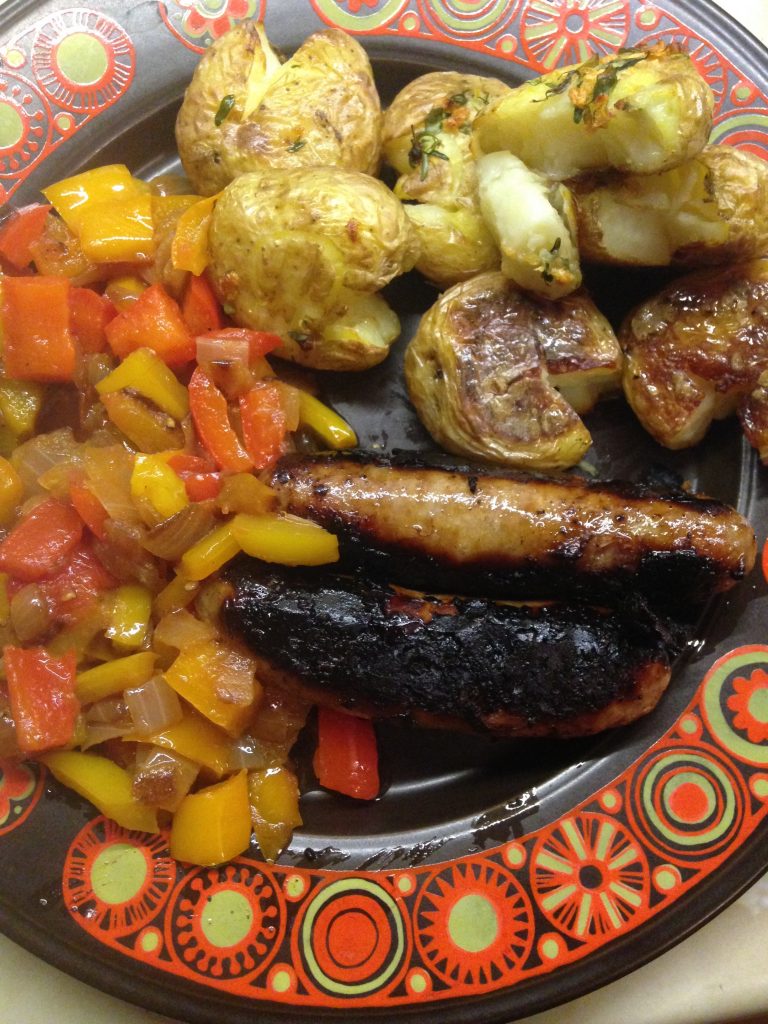 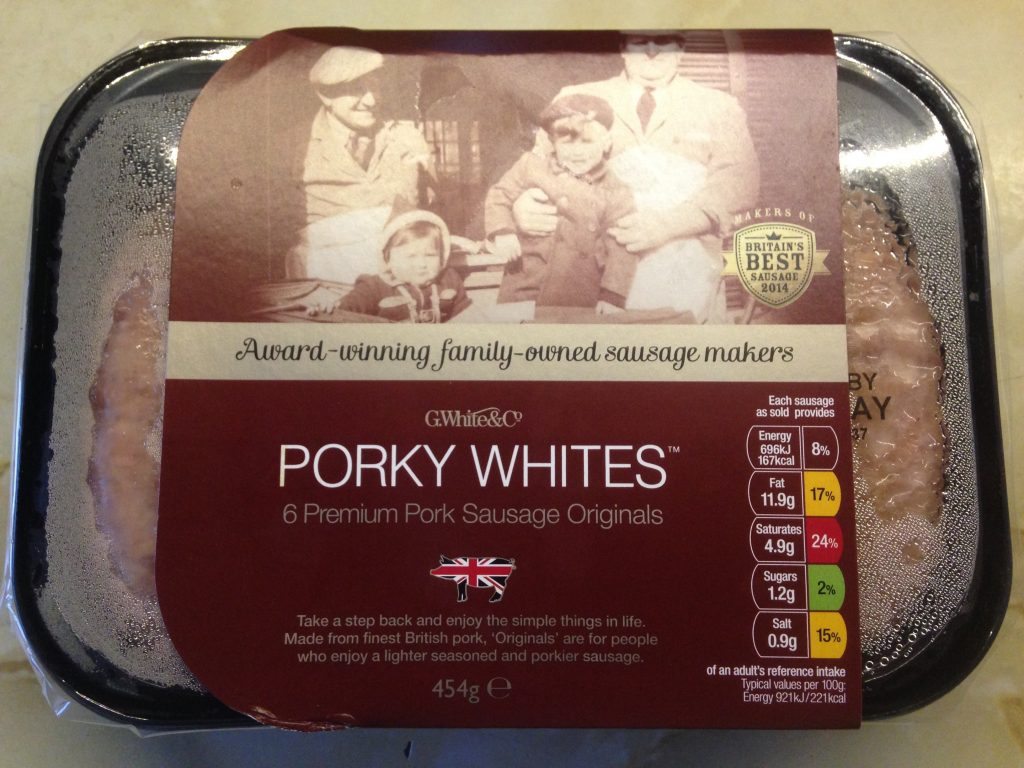 I made this dish with Porky Whites – Vic’s favourite sausages.  Next time I will make this with proper Italian sausages and remember to remove the excess salt and squeeze the lemons over – ha ha!  I was a bit tipsy by the time I got to that bit, so I forgot…  Can you forgive me Brenda? 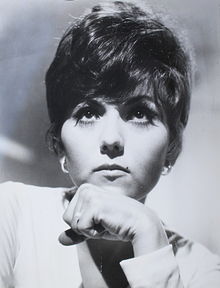