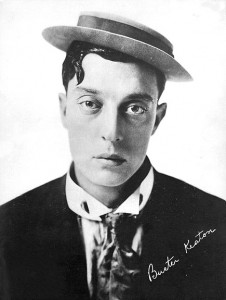 No wonder Buster looks so sad, he’s probably just heard that he’s been dropped from the book!

One of my very favourite test cooks has reported back that Buster’s chop suey recipe was DREADFUL. Her overall assessment in one word? “Blah.” Cooking this was a whole lot of effort for a whole lot of bland, brown food. The part in her report that really made me laugh was this: “why would anyone want to make it from a cookbook when they can dial up Ming’s Palace and get–delivered!–Sechuan Chicken or Kung Pao Beef or Pork Lo Mein with 2 egg rolls, hot & sour soup, and 2 fortune cookies for $13, and have it taste really good!”

Unfortunately it is the ONLY Buster recipe we have – the call is out – Buster fans, do you have any others?!

I was cheered to the core last night by my DJing session at the Walthamstow Wind-Up. What a lovely bunch of people they are in E17. Lots of laughs involving Mo’s black rubber gloves and gags involving the many board games that were scattered around the venue, “Don’t sit there, you’ll be in a draft” for example said Jim, pointing at the draught board. Ha ha – the old ones are the best. Tony Tunes was doing his “groove devining” act – trying to identify a revolving 78 by just looking at the grooves. And Cary was making me laugh like a drain inventing rude surnames for the New Yorker.

Everyone wants to know what his real name is so they can google him. Nosey bunch! I’m quite enjoying not knowing…