Mr Rathbone cooked a duck for our very own Christmas luncheon and I was chuffed when he said he wanted to use Corinne’s recipe.  It was again utterly delicious, and I’ve decided to leave the recipe up as recipe of the month for January so do try it if you like ducky wucky.

I had a lovely, lovely Christmas day at my brother’s place and a fabulous Boxing Day at my folks place, so hadn’t done any cooking over the festive season proper.  But the nice thing about having a boyfriend at Christmas is that I got to have a SECOND Christmas on the weekend after the family Christmas.  Both were equally lovely but the boyfriend Christmas involved film star recipes so here are some pix. 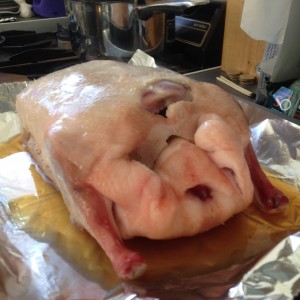 Mr R bought a fresh duck from his local butchers and said he felt like Bob Cratchit going there at 8 in the morning to pick it up.  He didn’t overheat the brandy like I did last time and when a match was put to the booze infused duck, it made a big WHOOSHING sound and the flames lasted for ages.  You can just about see them in the photo above…

Here is is out of the oven – yum yum! 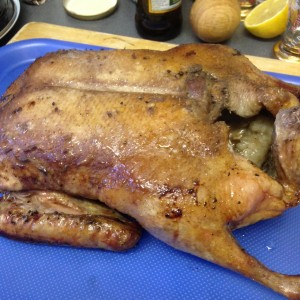 and here on the plate with delicious roast potatoes and parsnips, brussels sprouts, some Christmas ham (boiled in N7 Hammerton’s pale ale for extra flavour) and a big helping of Roddy McDowall’s Red Cabbage (recipe coming soon).  What a spread! 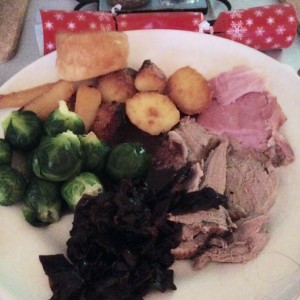 For pudding I made a Corinne Griffith’s Edna’s Christmas Pudding (click on link for recipe) which is much lighter than ordinary Christmas pudding, being a steamed cherry and walnut pudding.  It was very, very GOOD! 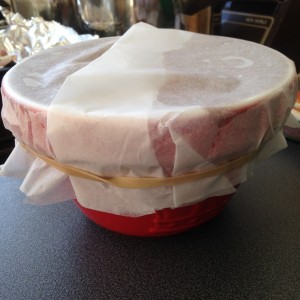 This time I used Frank Cooper’s cherry conserve instead of the Tiptree cherry jam I used last year.  It was good, and had whole cherries in, but I think the Tiptree jam pipped it (!) on flavour…  And of course, being an Essex girl, I do have brand loyalty to Tiptree! 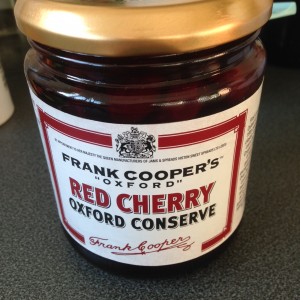 I forgot to go and get holly from my garden and take it with me to Mr R’s so instead I used some tinsel for decoration. 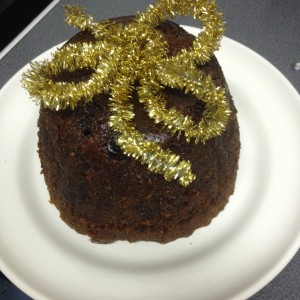 My pudding received compliments from Mr R’s sister and her hubby and a fine time was had by all. 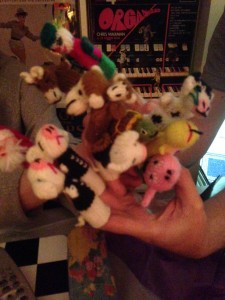 Thanks Corinne!  Your recipes were both fabulous!  Even if you can’t boil water… 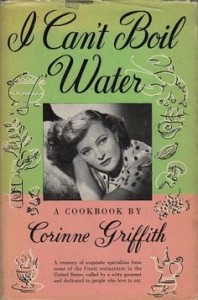