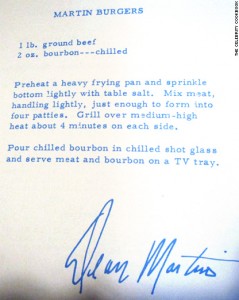 After last night’s excitement I was shattered and didn’t have the energy to leave the house, so missed the lovely Sara & Russell’s party, and the legendary Nitty Gritty night in Camden.  Instead, I sat on the sofa in my kaftan all day with the gas fire on full blast, watched Columbo and 3 x Margaret Rutherford “Miss Marple” films which I ADORE and had a Martin Burger. 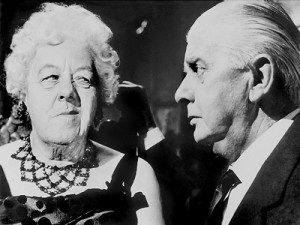 I had 50g of sirloin mince left over from my Joan Crawford Meat Loaf and as it was from Morley Butchers I knew it was good stuff.  So I made myself a burger exactly as Dean prescribed it.  Who would have thought that a burger made purely of meat and salt could be so delicious?  Not me!  I’m not going to bother with fancy burger recipes in future, just do exactly as Dean says.  Salt in a hot pan, beef in, 4 minutes each side, serve with bourbon on a TV tray.  Done! 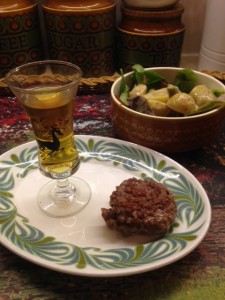 A really weird thing happened.  When I eventually dragged myself into the kitchen from the sofa to make Dean’s burger, I turned the radio on and the first thing I heard was a Dean Martin song.  Then another, then another.  He was the featured artist in the “All-Star Triple” feature on the Paul O’Grady show.  Weird eh? Perhaps Dean is trying to tell me that the next book I do should be “Cooking With Dean Martin”.  If this recipe is anything to go by it will be much easier than the Cooking with Joan Crawford book! 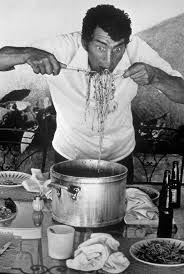 Mind you, Mr R did make a joke this morning saying that next up should be the Michael Crawford cookbook… 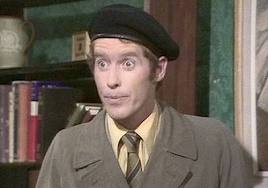