At the risk of showing off, I am going to mention again that my Diana Dors Easy Fruit Cake won second prize at the Muswell Hill Horticultural Show on Saturday.  My feathers were all puffed up with pride. 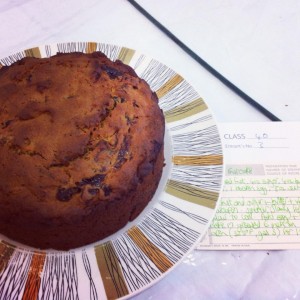 The morning of the show was always going to be hectic as I had to make a Vincent Price Quiche, Dame Pattie Menzies Cheese Scones and Claudette Colbert’s Rice Bubbles Cream Meringues so I planned ahead and made a Diana cake the night before.  I was at Cathy and Sloman’s house, we were drinking copious amounts of wine, Cathy was baking pastry and I made a schoolgirl error.  I baked the cake at 250 degrees F instead of 250 degrees C. 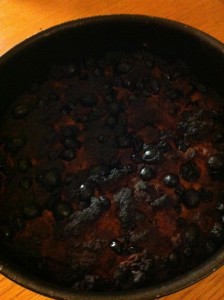 In a classic example of back seat driving Mr Sloman said, “nobody ever cooks anything at 250 degrees F”.  Well yes, you may say that Mr Sloman but next morning I did the very same thing with my meringues.  Ha ha! 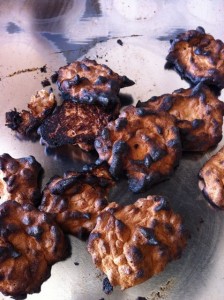 I had used up all my “mixed fruit” in the cake that burned but Cathy came to my rescue sending me out into the night with some lovely semi dried apricots and prunes.  I had one and a half cherries in my cocktail cabinet (not joking) and I threw in some raisins to make up the weight.  So there you go.  It was cobbled together and I was really hoping they would hit one of the cherries for colour when they took a slice out.  But whatever, second prize! 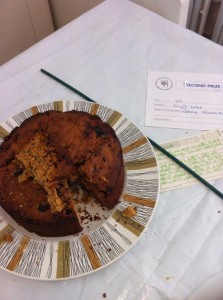 Everyone at the Horticultural Show was SO FRIENDLY and I had a long chat with the lady who won first prize about the various merits of gas ovens over electric.  The winning cake had pumpkin in it… 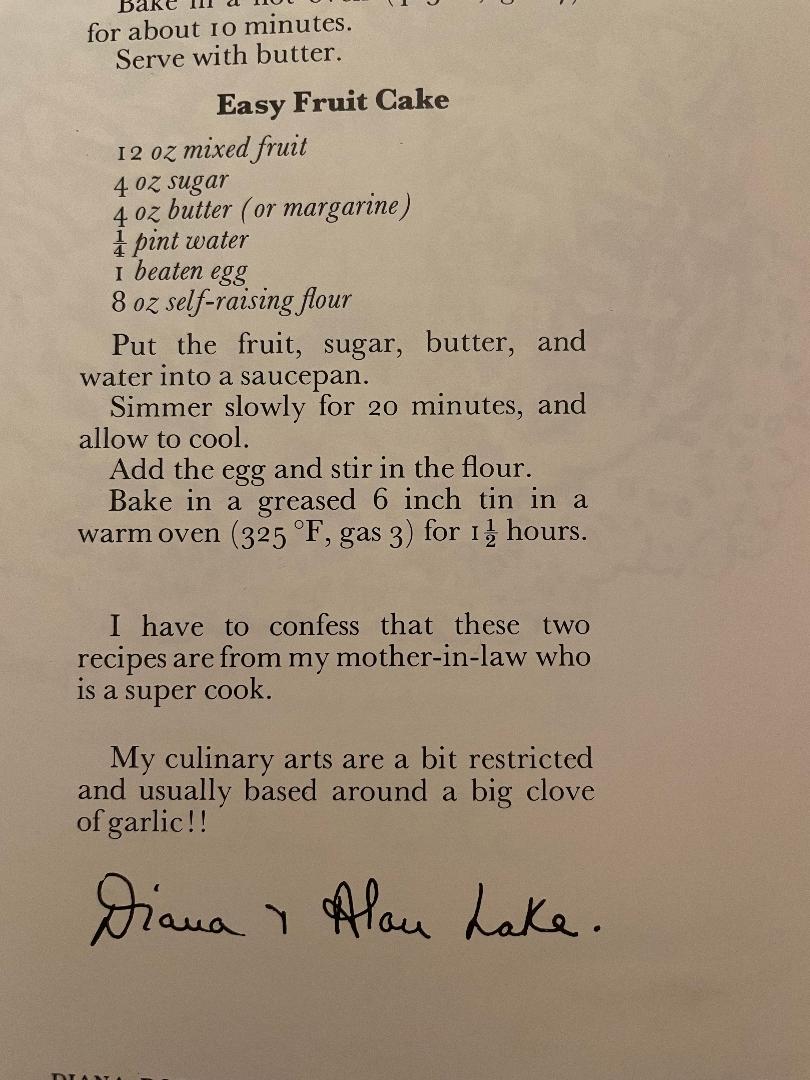 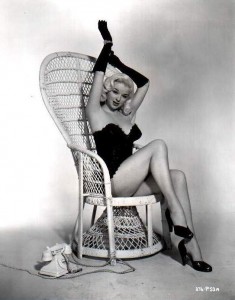