It’s taken me a while to put away the sequined jumpsuit and get back to normal life.  The festive season rolled over into the first week of January with an old skool rock and roll night out to Rock of Ages with James, a fabulous birthday dinner at Bonnie Gull with the Slomans and a cowgirls hoedown for Cathy’s birthday at Cecil Sharp House.  It was a fantastic way to start the year rather than my normal getting into a cardboard box to hibernate.  I’ve calmed down a bit now.

Gloria’s broth is surprisingly good.  I made exactly to specifications except that I couldn’t find any swiss chard so used a handful of curly kale instead.  Here it is in all it’s splendour and the recipe (if it’s January 2013 when you click the link) is here: 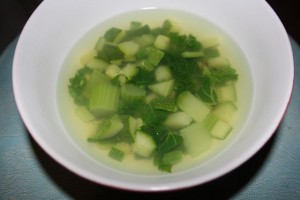 You can feel it doing you good and it’s unusually free of salt, pepper, za’atar, sumac, coriander, tumeric, rosemary, thyme etc.etc.etc.  There is nothing in it apart from spring water (I did as I was told by Gloria and did NOT use tap water) and veggies.  It’s a tonic.

Did I mention that I have a new sequinned jumpsuit?  Do  you want to see it? 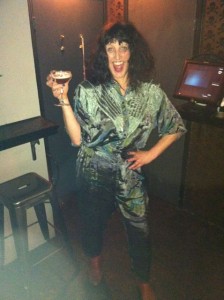 I am SURE that Gloria would have approved of this onesie.  She was a bit of an eccentric dresser herself… 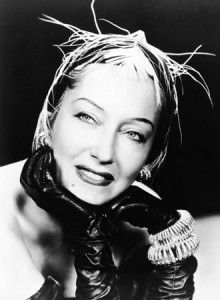